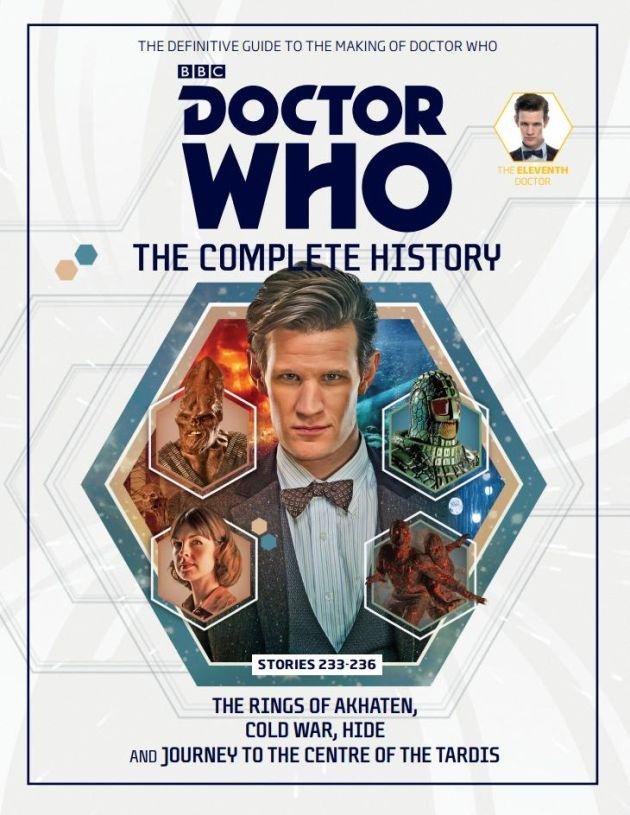 Sometimes – just sometimes –  Doctor Who produces an artistic masterpiece, an ideal infusion of great writing, great acting, and great direction. I say “just sometimes”, but Doctor Who does it pretty often actually. Just in recent years, we’ve had Heaven Sent, Listen, and Mummy on the Orient Express; going back to the Eleventh Doctor era, we had The Eleventh Hour, Vincent and the Doctor, The Pandorica Opens/ The Big Bang, The Doctor’s Wife, The Girl Who Waited, The God Complex – and into Series 7, two stories that are covered in the latest issue of Doctor Who: The Complete History.

Issue 26 includes behind-the-scenes details of four stories from Matt Smith’s era as the Doctor, late in his reign. And these are serials I think are massively underrated, all from Series 7. Yep, I loved Series 7, and got very annoyed at all the negativity online. I hope the stories will be reevaluated soon and get more praise.

Here’s what The Complete History Volume  73 includes; see if you can pinpoint which two I think are “artistic masterpieces”:

The Rings of Akhaten

On a distant world, Clara meets Merry Gajelh, the Queen of Years, who must sing to keep a god from waking. But is it a sacrifice, not a song, that is required…?

On board a Russian submarine, an Ice Warrior is revived, and despite the Doctor’s warnings, the crew go on the offensive.

The Doctor and Clara arrive at Caliburn House in 1974. A house that is haunted. Inside, a ghost hunter and a psychic are looking for the legendary Witch of the Well…

Journey to the Centre of the TARDIS

When the TARDIS is taken as salvage by the van Baalen brothers, Clara becomes lost in its depths and the Doctor must find her before the ship’s engines explode, destroying them all.

So which do you think? I’ll give you a clue: they’re written by the same guy. Okay, so that’s not a clue; that’s a giveaway.

It’s The Rings of Akhaten and Hide, the former of which is particularly divisive. But I don’t care: I think it’s beautiful. People have asked for a musical episode for years, and I was firmly against it; then it happened and people disliked it.

Neil Cross’ other Who, Hide, is widely acknowledged as being blummin’ fantastic though, right? It’s got a superb cast and stunning direction. And it’s a clear tribute to Nigel Kneale! Yep, a true modern classic. I wish Cross had time to write another story…

I also love Cold War, though. Mark Gatiss’ Series 7 stories were really strong, and I particularly enjoyed this base-under-siege, with a great score by Murray Gold and an apt reinvention for the Ice Warriors. Then there’s Journey to the Centre of the TARDIS, which initially really impressed me – except the van Baalen brothers and that odd part-robot plot strand. Still, the Doctor and Clara are as brilliant as ever, and it’s shot exceptionally well. And we get to see the Eye of Harmony, which is always good.

This issue of The Complete History isn’t an especially thick one, but is nonetheless thorough, complete with eye-catching photos and introductory artwork – highly recommended, as usual! 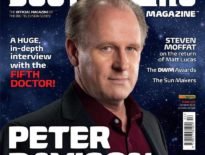 Merchandise Out Now: Doctor Who Magazine #503 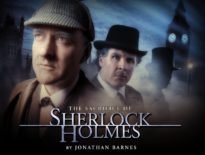 Merchandise Out Now: Big Finish’s The Sacrifice of Sherl…
9