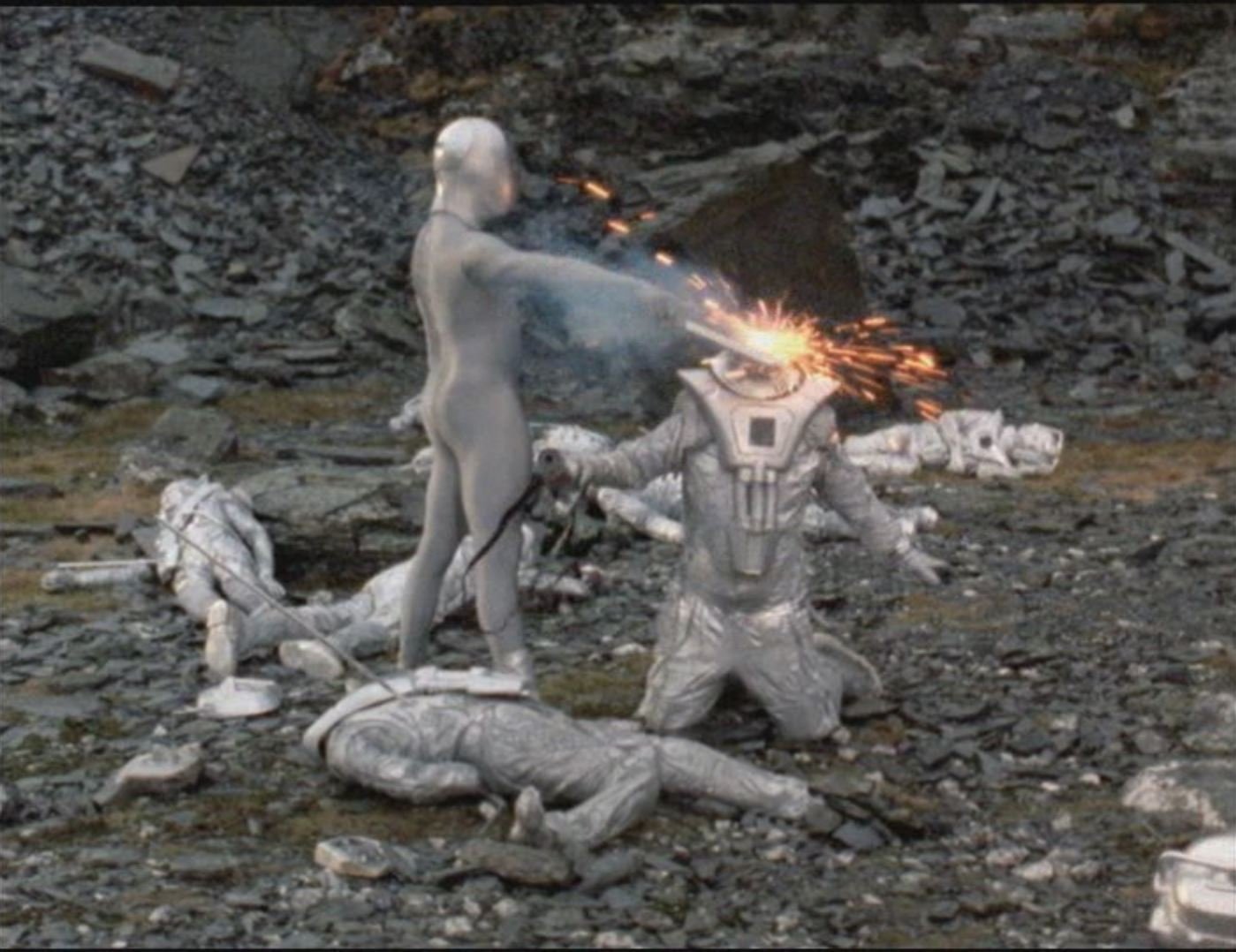 I love the Cybermen, but after The Moonbase, Tomb of the Cybermen, The Wheel in Space, and The Invasion, even I admit it felt a little like overkill. Nonetheless, it’s a shame Jon Pertwee’s Third Doctor never got to face up to those emotionless killers on screen.

It took the production team a couple of years into Pertwee’s reign to bring back the Daleks, but as reflections of ourselves, surely the Cybermen were the more obvious Big Bads to return. Maybe they figured the Cybermen wouldn’t try to invade Earth again so soon after The Invasion, or maybe no one else wanted to tackle them while their creators, Kit Pedler and Gerry Davies were busy working on Doomwatch. Or perhaps Barry Letts and Terrance Dicks were taking heed of Jon’s warning that he didn’t want to act opposite creatures that show no emotion.

Furthermore, there’s the idea that the crew wanted to stray as far away from established storylines as possible: Doctor Who and the Silurians, Inferno, Day of the Daleks, The Three Doctors (obviously), and Invasion of the Dinosaurs are all departures from what came before. The Cybermen might’ve appeared to be same-old-same-old.

I don’t buy into the school of thought that the Cybermen weren’t considered main enemies back in the 1970s, however. A few have suggested that, but since their debut in The Tenth Planet, they’d plagued the Doctor, and it was a pleasing shock when they returned in Revenge of the Cybermen and, in particular, Earthshock. Surely Tomb of the Cybermen at least established them as important to Doctor Who.

The Autons, Silurians, and Ice Warriors all became iconic monsters despite their very brief time on TV, so the Cybermen should automatically get admitted to the Big Bad Baddies club.

The fact remains: you won’t find the Cybermen in a Third Doctor story. Right…? 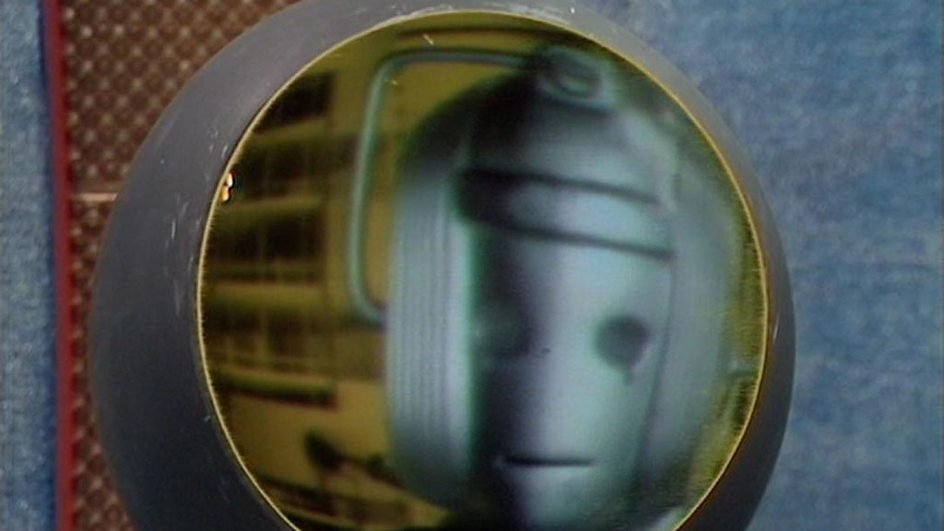 This is the notable exception to that fact. There’s always one, isn’t there? Even then, the Third Doctor didn’t karate-chop a Cybermen.

Nope, we just briefly find one in the Miniscope, a peep show with living shrunken exhibits. Showing off his outlawed machine, Vorg proudly displays Drashigs, a rare indigenous Harry Sullivan lookalike, and… a Cybermen! Oh, that tantalising glimpse. It was like seeing them – alongside a Dalek, Ice Warrior, Yeti, and deadly vicious terrifying Quark – in The War Games: a treat, an easter egg, a little fan-pleasing moment.

But definitely not a battle.

There’s a battle in this one, but not between the Third Doctor and the Cybermen.

Technically, it’s a Fifth Doctor tale anyway, but no account of the Jon Pertwee’s encounters with the Cybermen would be complete without this little instalment.

Stuck in the Death Zone on Gallifrey, the many (well, four) versions of the Doctor are aided by his wonderful companions as he goes face-to-face with the Daleks, Master, Cybermen, and… the Raston Warrior Robot, one of the most loved robots in all Doctor Who history.

In a breath-taking scene, somewhat reminiscent of a beautiful opera spliced with The Punisher, the Third Doctor and Sarah Jane Smith look on as the Raston Warrior Robot – a man in a silver leotard – massacres a bunch of men in silver coveralls. Some may describe this as hot robot-on-robot action, except Cybermen, of course, aren’t robots.

It’s that lone dancing queen that battles the Cybermen (it’s a one-sided fight), not the Third Doctor. He looks on from behind some rocks. You can’t blame him from dodging that tussle. 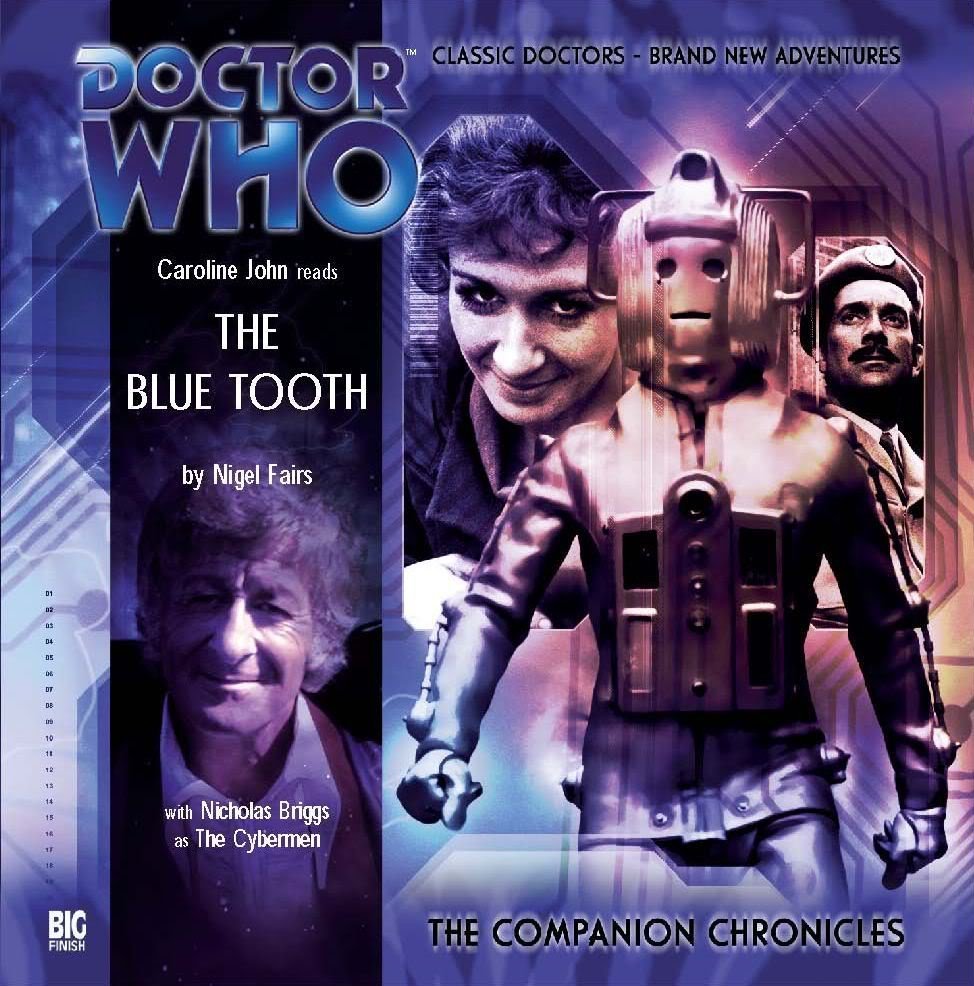 If you’re searching for a glorious fight between Jon Pertwee and the Cybermen, this is your sole source.

For over 30 years, the Third Doctor didn’t utter a “hai” in the general direction of any creatures from Mondas or Telos. Back in 2007, Big Finish decided to right that wrong, with The Blue Tooth, the third story in their very first Companion Chronicles range (a series which also introduced Wendy Padbury’s Zoe to the Daleks).

Written by Nigel Fairs, it saw Liz Shaw investigating the disappearance of her friend, Jean – which naturally leads her, the Doctor, and UNIT to the door of the Cybermen. Starring the late great Caroline John as Liz, and Nicholas Briggs as the Cybermen, it was also the first time her character, plus Mike Yates and Benton, starred in an audio adventure for Big Finish.

And that’s really it? 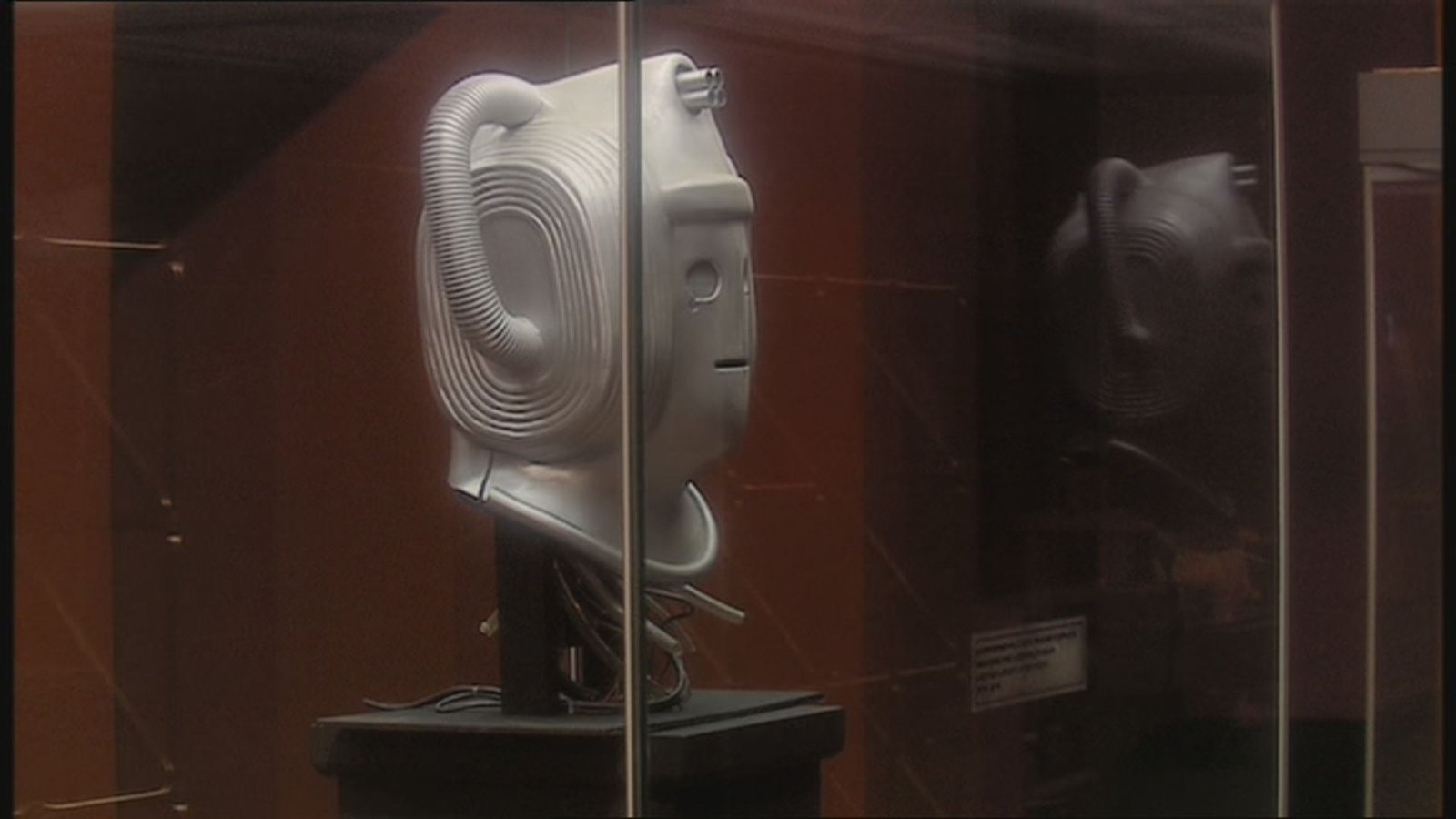 Yep. I’m afraid so. So far, it’s like writers can’t fathom the Cybermen as any part of Pertwee’s era at all.

The Third Doctor is one of only three Doctors not to face the Cybermen on TV, the others being the Eighth Doctor (who would nonetheless face them in a couple of other mediums, including audio and comic), and the Ninth Doctor. You’ll recall him seeing one in Van Statten’s museum in Dalek, but he’ll presumably battle them in Titan Comics’ Supremacy of the Cybermen (I wonder if the Third Doctor will too? There was a prelude in which he does see them, but something timey-wimey’s going on anyway…)

There is another incarnation of the Time Lord that’s not met Cybermen on screen, but he had a tough time fighting Daleks in the Time War, so cut him some slack, okay?

Can you think of any other times the Third Doctor might’ve encountered the Cybermen? Or is it best if they skipped an era of Who?

Did the Third Doctor Ever Figh… 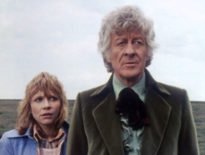 Features Why I Love Carnival of Monsters 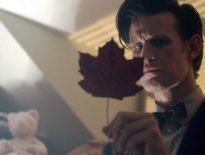