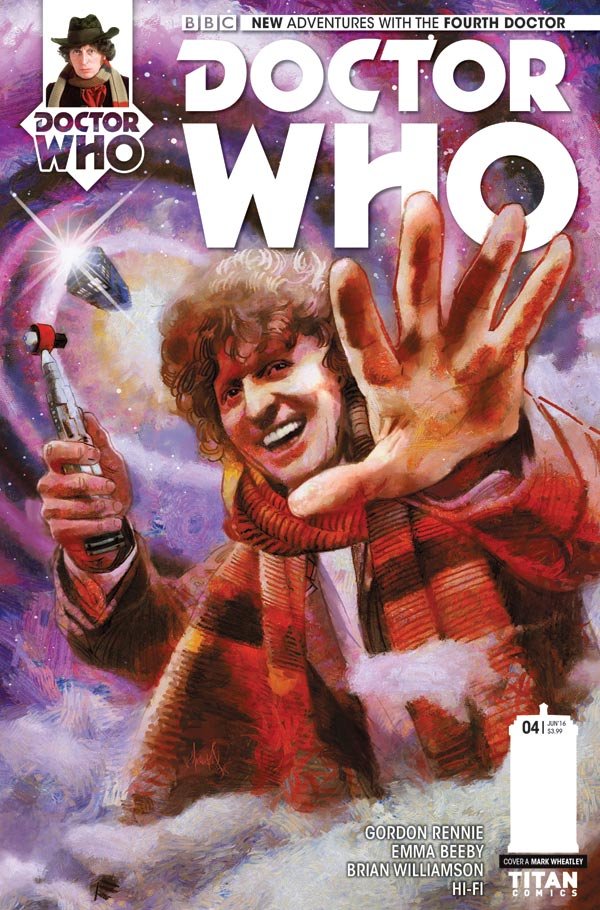 You know the thing I love most about fiction: a surprise. Obviously, it has to be a surprise that makes sense, but if the twist is there in the final third, it helps to make the tale.

This is exactly how I feel after reading Titan Comics’ Doctor Who: The Fourth Doctor #4, in which the Doctor, separated from Sarah, heads into the caverns of Ancient Greece with Athena, temporary companion and daughter of Professor Odysseus James. Here, he finds a Medusa, as expected, and attempts to bargain with her for Sarah’s life.

Any more information than this, at this stage, would be an unfortunate revelation. Suffice to say that with Sarah’s state – incarcerated as quantum-locked food for the Medusa, in a nice nod to the Weeping Angels – relatively straightforward for the Doctor to fix, it is the challenge of the mysterious Lady Emily Carstairs and her lumbering Psyclops that throws a spanner into this particular rescue attempt.

And then, there’s the final page, which throws a whole new spin on things. Thirty page long comics are tricky to review. So much can happen, with so little time passing; spoilers are easy to let slip. So just believe me when I say that this is the issue that changes everything with the story of Gaze of the Medusa.

Issue 4 of the five-part series comes with a nice collection of alternative covers. While I prefer the Photoshop-realism of cover B, cover A (Mark Wheatley) is an illustration that grabs you with Tom Baker’s innate charm as the Doctor. The other covers are good too, with D (Brian Williamson) reminiscent of a Target novelization; however, I have no idea who Todd Nauck is portraying on cover E.

Also included in this issue is a two-page trail for the current Cybermen anniversary series Supremacy of the Cybermen, with first the Eighth Doctor, then the Fourth, running into some tricky situations.

It’s nice to see Cybermen resembling those of DWM’s The Flood in the Eighth Doctor’s brief encounter; meanwhile, the Fourth Doctor’s Graham Williams-era siege scenario features Cybermen that seem to have walked straight out of The Dark Dimension…

This is one of those rare single editions of a comic that just keeps on giving from the cover to the final page. It’s here that you’ll find the Doctor Who Comics Day 2016 cover. Lovely!

Titan Comics’ Doctor Who – Fourth Doctor #4 is available now from all good stockists and digital via Comixology.

Christian is a freelance writer with regular credits at Future Publishing's Linux Format, and he writes, and edits, at MakeUseOf.com and hosts the Really Useful Podcast. Christian is also one of the Kasterborous Doctor Who PodKast with a K team. He is over 40, and lives in North Yorkshire with his wife, children, and eight Lego cats. View all posts by Christian Cawley 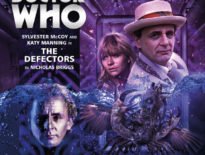 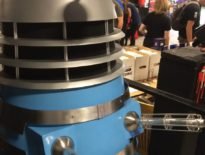