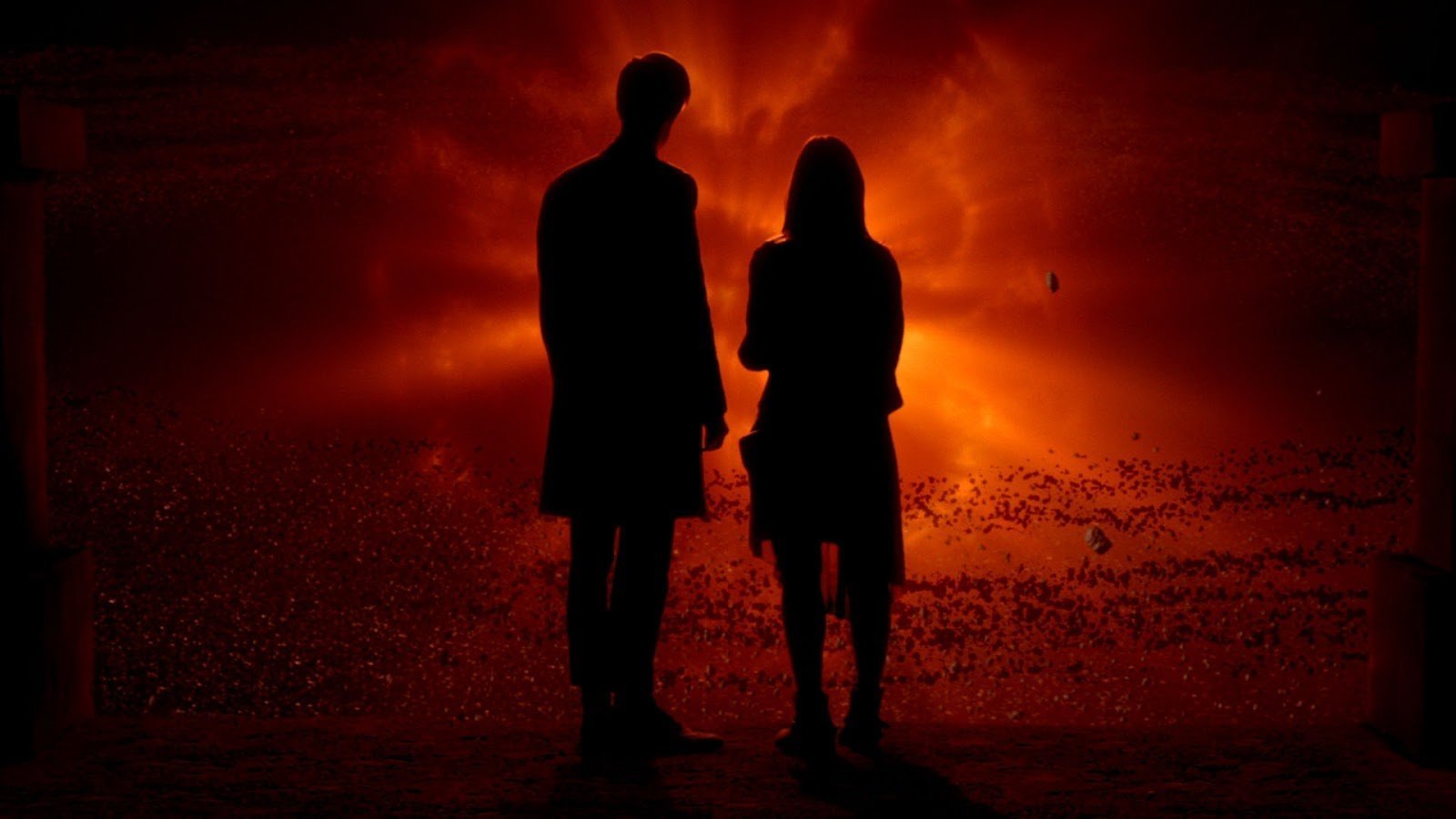 The central problem with The Rings of Akhaten is this: Clara saves the universe with a leaf.

Neil Cross had a bumpy introduction to the world of Doctor Who. Here was the man who had written Luther (and also a new adaptation of Whistle and I’ll Come To You, starring John Hurt and to which we’ll be returning in a few weeks) and he was dumped in at the deep end writing two episodes for a new(ish) companion in a watershed year for the Doctor and his legacy. The spotlight was on him, and many would argue that in at least one instance, he blew it. “[Akhaten] had a much more mixed response than Hide did,” acknowledges Cross, in an interview with Doctor Who Magazine back in 2013. “I had the ultimate writer’s nightmare! DWM hated it! The Sun hated it. But the good reviews were really good.”

Looking back now, the critical reaction was far more mixed than the reaction from the fanbase. The Telegraph were at least partially enthused. So were SFX, and the Independent, although Neela Debnath liked more or less everything she saw while not actually pretending to understand any of it. On the forums, it was a different story. “I hated it,” wrote one user on a board I frequented. “Whenever you see mysterious psychic sparks flow out of a character and magically fix things you know that it’s pandering.” Another friend was more succinct, summarising with “That all went a bit Coldplay”.

Akhaten takes place during something of a renaissance for the Doctor. Its dramatic purpose was to reinvigorate him (and, by turns, the audience) with a sense of wonder after a span of comparative cynicism. If it’s overly chirpy, that’s part of its intention. It follows what I like to refer to as his Murky Pond period: five episodes of brooding, with occasional bursts of happiness, prior to Amy and Rory’s departure, whereupon the poor old Time Lord enters into something of a funk and spends an indeterminate period of time living on a cloud, being casually racist towards a comedy Sontaran. 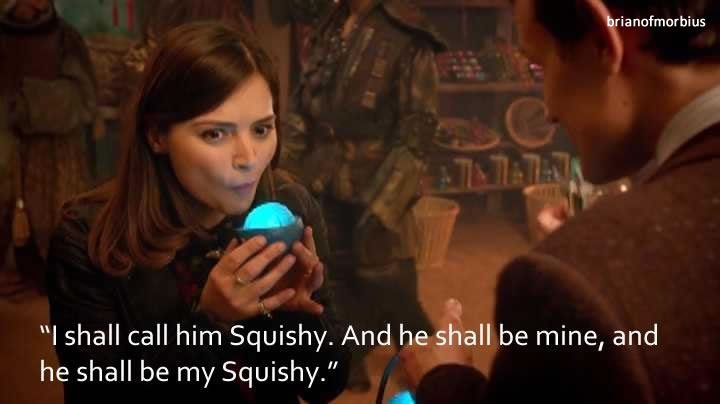 In a way, this isn’t a bad thing. It shakes things up to watch the Doctor go through a spot of character development – had he been constant as the northern star, we wouldn’t have had The Edge of Destruction. But the Eleventh Doctor, in a direct contrast to his immediate successor, is always at his most tedious when he’s miserable: the brooding melancholy in the first few minutes of Asylum of the Daleks is particularly tiresome, while the alarming fatalism he displays towards Rory’s predicament in The Angels Take Manhattan is frankly difficult to watch. (Capaldi, on the other hand, is far more fun when he’s apparently abandoning Clara than when he’s rocking out to that sodding guitar.)

It’s therefore something of a relief to watch the Doctor regain something of his mojo, even as he’s standing over Clara’s grave at the end of The Snowmen. It’s the first phase of a journey, but it’s not until Akhaten that we see him actually enjoying himself: Clara sweeps into the programme as an enthused passenger, but one who is prepared to keep her feet on the ground, and somehow that makes her more endearing than the fawning Rose. She gently probes the Doctor in a strange, almost balletic courtship around the TARDIS console, while Smith responds with the kind of wild gesticulation that earns him his stripes as one of the most physical of the Doctors, acting with his whole body. Viewed for the first time there is something utterly bizarre about it. Seen again, it is endearingly old-fashioned: a Gene Kelly dream sequence, dressed up as science fiction.

The episode itself is a mass of tropes and references. The Doctor and Clara ride out to the temple on one of Flash Gordon’s rocket cycles. There are nods to Douglas Adams and Blade Runner. The market itself resembles something from Star Wars (this was, I’m reliably informed, entirely deliberate). The arena sequences are curiously reminiscent of the opera in The Fifth Element. This is a story that crams in as many ideas as it can into 40-odd minutes, often at the expense of the narrative. It is a collection of moments, a holiday scrapbook of a story, in keeping with the idea of an interplanetary excursion to be Instagrammed and blogged. 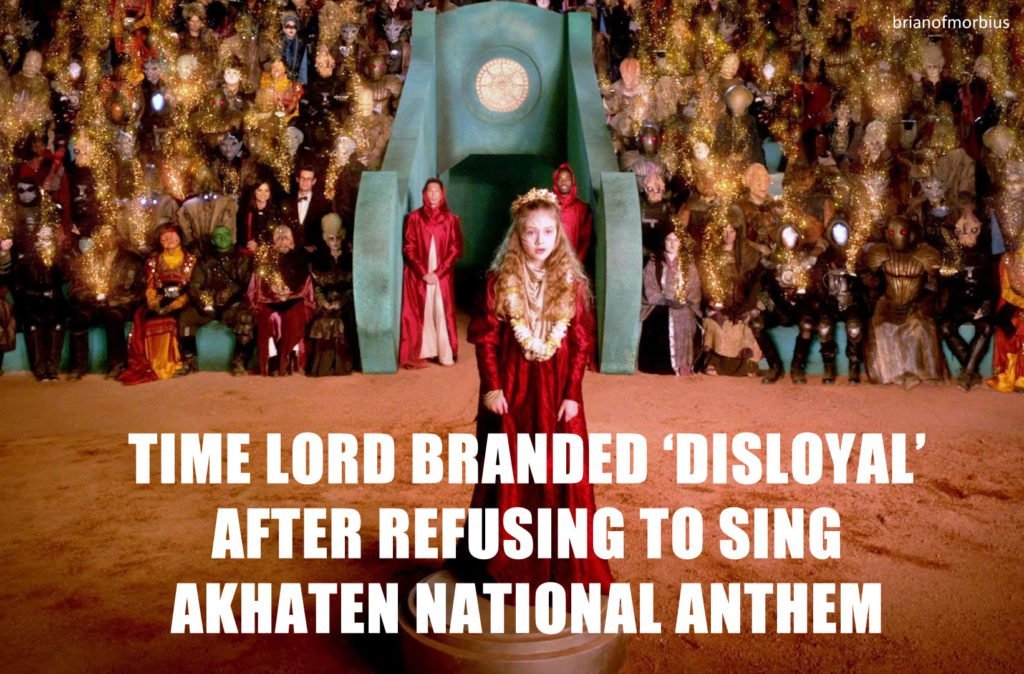 The market is impressive, but it’s apparent in the latter half of the episode that half the budget went on costumes and the other half animating that colossal planet; nothing else explains the polystyrene door guarding the temple entrance. It rises with such unerring swiftness it practically slides out of its groove. It’s like watching the rubber spanner in Hand of Fear all over again. Inside there is more singing, a kerfuffle over a sacrifice, and a wand duel that couldn’t have been more Potter-esque had the mummy emerged from his glass prison, clapped his hands twice and beamed “Ten points to Gallifrey!”

But it is not a bad thing to construct an episode out of borrowed ideas if you are transparent about it. Robot of Sherwood does much the same, and that is equally enjoyable, in spite (or perhaps because) of an uproarious awareness of self-parody. Akhaten does not bask in its own significance or try and achieve anything monumental: it serves its purpose to the arc and then it moves on. In order to do so, it has Clara hold up a leaf to the skyline, which is enough to give the planet a colossal stomachache. The idea that potential, unlived memory holds the greater currency makes absolutely no sense, but neither does most of the episode, and its silliness is lessened somewhat given that it occurs in the aftermath of the mother of all speeches. It is overwrought and it goes on too long but it’s tempting to believe, just for a moment, that Smith means it almost as much as the Doctor does.

The logic (or lack thereof) in the finale is one thing. But some of the harshest criticisms of Akhaten are directed at its opening scenes (instigated at Moffat’s request), in which the Doctor pursues Clara throughout the early parts of her life in order to ascertain exactly how she was able to be in Victorian London and also inside a Dalek case on a snow-swept prison planet. Perhaps it’s the cemetery that does it: it’s one thing to watch the Doctor interacting with Clara’s childhood (presumably leaving her a red bicycle under the Christmas tree), but it’s quite another to watch his silent intrusion of her graveside lament. It is borderline stalker behaviour, manipulative and sinister almost to the same degree as the Seventh Doctor’s treatment of Ace – never mind the fact that the scene is itself an almost direct copy of the end of Sherlock’s Series 2 finale, right down to the filming location.

There is a theory, in fact, that the departure of Mel was an act of subtle psychic manipulation on the part of the Doctor, who purposely ousted the Pollyanna-esque programmer in order to darken his character and battle Fenric. It is basically fan fiction. But it isn’t such a stretch. Had the scene in the graveyard occurred with Capaldi, or Hartnell, or even a latter day McGann, the outcry might have been muted. But this is the Eleventh Doctor, an incarnation who is, for the most part, notoriously bad at keeping secrets. The stalking of Clara is not out of character for the Doctor: it is merely out of character for this Doctor. Such a scene is therefore either very cleverly written or very badly written, depending on how you look at it.

Then there is the singing, which divides audiences. Music in Doctor Who serves two functions: to heighten an emotional response or to falsely create one where the script is unable to (and thus serving the same dramatic purpose as rain). The funny thing is that if you watch the scenes without their scores, the silences that result are often far more poignant than the schlock we see on Saturday nights, but a trawl through internet comments suggests that this is a minority viewpoint. In either event this is one episode where the music actually works – it is grandiose, majestic and designed to manipulate you, and if it doesn’t work, you’re probably not the intended audience. Get into a conversation with me about Nu Who and at some point or another I’m going to tell you I wish Murray Gold would turn it down: this is one of the few occasions I’m glad he didn’t.

You could come up with a laundry list of Things That Are Wrong With This Episode and I wouldn’t fight you. Instead I’d say that its wobbliness is part of the charm. We routinely say this of Classic Who and I wonder if perhaps we might be able to extend the comparison – broadly patronising as it may be – to the odd new story, and that being the case, Akhaten seems an eminently suitable candidate. It is unevenly structured and occasionally messy, much like the world of the Doctor himself. But what I take from it is a sense of unbridled joy. It is early Clara, before she became as hardened and reckless as Amy, and I like her better in this than when she was facing down the Raven. The Tenth Doctor famously mused “Sometimes I think a Time Lord lives too long”: the same might be said, perhaps, for the tenure of some of his companions.

Perhaps the fact that I love Akhaten says as much about me as it does about the quality of the episode. But objectivity is tough when you’re a fan, and there is nothing wrong with loving something other people hate, provided you can argue passionately in its favour. There is nothing wrong with loving a poorly-received episode if you can explain why. Because it’s passion that keeps us going, passion that unites and divides and overrides the clever words of a hundred critics and academics, well-read but as empty as a pocket. Sometimes – just sometimes – it’s better to be a fan than it is to be the master of your subject. May that be said of us, and all of us.

The Rings of Akhaten Comes Ful… 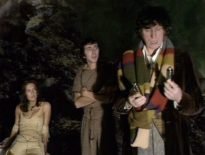 Features Underworld: More to Enjoy Than What’s on the… 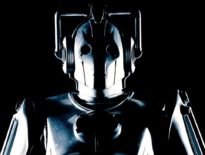