It’s an opportune moment to go back 20 years, and relive what seemed like Doctor Who fans’ only hope. The Doctor was back, and it was about time. The TV Movie is out now on Blu-ray.

This is a pretty underrated story, but it’s basically universally agreed that Paul McGann absolutely hits the nail on the head as the Eighth Doctor.

It’s only the second Classic Who to be released on Blu-ray, the first being Spearhead from Space, and alas, it’s an upscaled version (check back on the DWC later today to find out what that actually means!) – but it’s likely we won’t get many opportunities to get a pre-2005 serial on that high definition format, so we might as well make the best of it. In case you’ve not seen the 1996 movie, here’s what to expect:

Whilst returning the Master’s remains to their home planet of Gallifrey, the Doctor (Sylvester McCoy) crash lands the TARDIS on Earth in end-of-century San Francisco.

Gunned down by a street gang, the Doctor is rushed to hospital, where exploratory surgery by Doctor Grace Holloway triggers a regeneration.

The Master has meanwhile taken over the body of a paramedic and infiltrated the Doctor’s TARDIS, which he plans to use in his latest scheme to take over the Doctor’s new body and destroy the world.

Filmed as the pilot for a revived Doctor Who series – tailored to the American market – which subsequently failed to materialise, this feature-length adventure introduces Paul McGann as the renegade Time Lord.

Aside from McCoy and McGann, The TV Movie also starred Eric Roberts as the Master, Daphne Ashbrook as Grace Holloway, and Yee Jee So as Chang Lee.

As well as the movie, you get, of course, plenty of Special Features –  all but one, however, has just been ported from the Revisitations Special Edition DVD. That extra feature is the Eighth Doctor’s trip to Karn in 2013’s The Night of the Doctor. Here’s what’s on each disc:

The Night of the Doctor: A mini-episode released in 2013 in the run-up to the show’s 50th-anniversary special. This marks Paul McGann’s second on-screen appearance as the Eighth Doctor.

The Seven Year Hitch: Documenting the return Doctor Who to the screen. Narrated by Amanda Drew.

Isolated Score: The option to view The TV Movie with the isolated music soundtrack.

Music Tracks: Four tracks from the production presented in full: In a Dream, All Dressed Up, Ride into the Moonlight, and Auld Lang Syne.

Behind the Scenes: On set and on location in Vancouver, Canada during the filming of The TV Movie.

The Wilderness Years: In the years between the end of the classic series and the broadcast of The TV Movie, Doctor Who survived in print, video and audio, kept alive by fans who were determined not to let it die.

Tomorrow’s Times – The Eight Doctor: A look back at the contemporary coverage of The TV Movie in newspapers and other publications. Presented by Nicholas Courtney.

Philip Segal’s Tour of the TARDIS

Who Peter 1989-2009: The second part of this documentary, exploring the special relationship between Doctor Who and Blue Peter. Presented by Gethin Jones

Stripped for Action – The Eighth Doctor: Looking at the Doctor’s adventures in comic-strip form.

Electric Press Kit: Used by Fox in 1996, this includes a short documentary and interview segments to allow other broadcasters to put together their own packages about the TV Movie.

You might be disappointed in the release, but at least it’s a way of marking two decades with the brilliant Eighth Doctor. He really is such a fantastic incarnation of the Time Lord, and the most painful thing about The TV Movie isn’t the “half-human” revelation, isn’t the Americanised version of our quintessentially British show, and isn’t the barmy plot. It’s that we never got that promised series with McGann.

The TV Movie is out now on Blu-ray, with an RRP of £19.99. We’ll naturally update you with any potential news about either an American release and/or exclusive steelbook.

And it’s Eighth Doctor Week at the DWC, so stay tuned for plenty more about McGann’s Doctor! 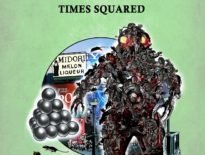 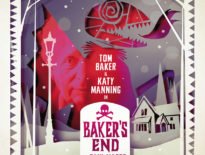