Digital Spy asked and you have emphatically answer; the Tenth Doctor has been voted your absolute favourite TV character of the 21st century so far…in the world! Ever! (okay, I added those last parts but it just felt it was lacking a little hype, you know).

In the end, over 241,000 votes were cast, and naturally, fan factions heeded the call to arms and rallied around their hero and with a whopping 35,000 votes, David Tennant’s Tenth Doctor came out on top, narrowly beating Supernatural‘s Castiel (Misha Collins) with 32,000.

Benedict Cumberbatch’s Sherlock came in a distant third with 13,000 votes while in fourth was Mads Mikkelsen’s Hannibal Lecter while Peter Dinklage’s Tyrion Lannister from Game of Thrones came fifth.

LISTS! We love a good list. But do you agree with this list? Who should/shouldn’t be in the top 20? Who was robbed? Who’s overrated? Who’s Underrated? LISTS! 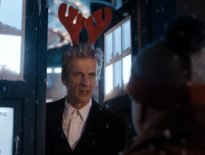 News Christmas Special 2016: Matt Lucas to Have a ̵… 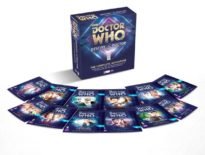 News Out Now: Doctor Who – Destiny of the Doctors…
13