Regeneration: it’s a process that both finds analogous in science and occasionally has characters firing gloopy amounts of yellow energy out of their extremities. To quote Graham Williams, ‘the whole concept of regeneration is quite jokey’.

He may have been referring to Romana’s body-swapping change, itself a reference to the Fourth Doctor’s clothes swapping antics in Robot, but he has a point.

As The Scientific Secrets of Doctor Who points out, all life on Earth is capable of some degree of regeneration. The most famous example being the lowly Earthworm who can regenerate their bodies if they are sliced in half.

In fact, both halves can regenerate into two entirely separate worms which is where we find our real life counterpart to the Tenth Doctor siphoning off some of his regeneration energy to create an entirely separate Doctor during the events of Journey’s End. The marvellous Earthworms can do this because their bodies contain clusters of stem cells. These cells are useful to the human body too through a process known as cellular differentiation, where the cells can specialise depending on what a human embryo requires. The reason why the Earthworms are able to regenerate is because they retain their stem cells into adulthood.

Other animals retain their stem cells too; it’s why lizards can regenerate tails and limbs; and why crabs are able to grow bigger and hard shells as they age – although that process isn’t as immediate which is why crabs need to find their own equivalent of a Zero Room while they grow their new home.

Then there’s the ‘Immortal Jellyfish’ which isn’t my dart playing handle and is in fact a creature capable of regenerating their entire bodies – although to paraphrase the Twelfth Doctor, if you take a broom, replace the head and then, over time, replace the handle, is it the same broom? – it’s a philosophical question that doesn’t really apply to us humans (because we’re not brooms, you see), being as we cannot regenerate all of our cells.

We partly regenerate all the time: scars, burns, sunburn, even our poor livers can regenerate from as little as a quarter of the remaining tissue.

Which brings us to the reason why regeneration fires our imaginations: it’s both the ability to rewrite your entire body – every cell until you are effectively a new broom and retain your memories as well… and it’s the way in which Doctor Who creatives looked beyond science to explain away this process that so tickled Williams.

Given that the other ways to achieve immortality in Doctor Who include but are not limited to: stealing the youth of another, nicking someone else’s body, uploading yourself to a data core, surgery, stopping time, chemical suppression, and manipulating time itself; calling regeneration ‘jokey’ is a relative criticism.

So how do the Time Lords do it?

Well, there are many different, mostly contradictory, sources for the Time Lord’s ability to transform themselves. In the audio adventure Zagreus, it is said that Rassilon had been investigating a method of regenerating decayed and diseased tissue via a series of self-replicating, biogenic molecules. The unnamed cells of a Gallifreyan body would be repaired, restored, and re-organised, resulting in a wholly new physical form, quite possibly a jellyfish.

The brain cells would also be rearranged, though to a lesser extent; the new incarnation would retain the memories of the former incarnation, though the personality of the Time Lord or Lady could change, the degree of this change depending upon the Time Lord or Lady in question. So the reason the Doctor’s regenerations tend to be a bit manic are that, well, he tends to be a bit manic.

Rassilon had intended this mechanism only for the Gallifreyan elite – quite possibly because he wanted to immortalise those who tried to live forever inside the stone of his tomb after they had traversed the Death Zone, he doesn’t say… Why would he?

He also input a parameter of twelve regenerative cycles to avoid decaying biogenic molecules which offers a practical reason for such an arbitrary limit, although it makes you wonder how many Time Lords he experimented on to get to that number. Oh, for an adventure where Rassilon is basically Frankenstein.

Big Finish, make it so! Another way Rassilion is said to have been playing around with Time Lord gloop occurs in the Missing Adventure novel, The Crystal Bucephalus, whose explanation was that he had added a third helix to Time Lord DNA, which is an explanation that could do with its own separate explanation and, yet again, gives rise to the question: Seriously, why hasn’t there been an adventure where Rassilon is basically Frankenstein?

Anyway, another reason for the Time Lords ability to change their appearance but keep their memories is given in A Good Man Goes to War, where, according to Madame Vastra, the Eleventh Doctor theorised that exposure over billions of years to the untempered schism contributed to the Time Lords’ ability to regenerate.

What I like about this explanation is that it sounds as though even the Eleventh Doctor is a little unsure as to how it happens. It also gives rise to the aforementioned experimentation by Rassilon as either being folklore or the acts of a stark raving mad man.

The untempered schism, for those not in the know, is, according to The Sound of Drums, ‘a gap in the fabric of reality from which can be seen the whole of the Vortex’ – it is said that all Time Lord Academy pupils, at the age of eight, would be taken to the Schism and subjected to its terrifying effects:

Basically, it’s like going to see The Rolling Stones now.

It was claimed prolonged exposure to the schism over billions of years gave Time Lords their ability to regenerate and indeed was the primary factor in their evolution – so it’s time as a sort of mild form of mutation.

Which begs the question: What were the Time Lords before they were Time Lords? Were they simply guardians of the schism before it started to affect them? Did it make them live up to their rather pretentious title? Is it their own title or one assigned to them by their clearly annoyed neighbours? Then there’s the explanation offered by The Twin Dilemma, where in the Time Lords were said to release massive amounts of a hormone called lindos in moments of extreme trauma, and it was this hormone which triggered regeneration. Newly regenerated Time Lords could be identified by elevated levels of lindos in their system or the need to try on copious amounts of clothing that you wouldn’t be caught dead in.

It’s a similar story with Mawdryn Undead, where Time Lords are said to also said to have ‘packets’ of regeneration energy in their bodies, one for each life. These packets could be physically removed from a Time Lord’s body, essentially robbing them of their regenerations.

The ‘packets’ offer roughly the required level of explanation – it’s not a torrent of technobabble and neither too vague – a ‘packet’ in biological terms conjures up all sorts of wonderfully icky ideas.

Jumping from the biological to the universal, the Eighth Doctor novel, Unnatural History, proposes that it isn’t Time Lords that change but the universe around them. Their biodata effectively leaks into the space time continuum and rewrites the universe… which doesn’t explain why every other character goes ‘What’s happened to your face!’ unless the Time Lords can rewrite specific elements of time too – like the memories of their former selves faces and their adventures.

So, much like regeneration itself, even the explanation of regeneration is a bit of a lottery and much like lotteries, everyone has their own way to explain why events occur as they do…

How do Time Lords Regenerate?… 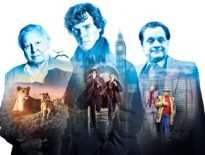 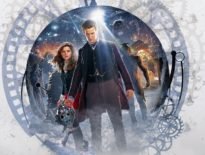 Features Death, Life, and The Time of the Doctor
13