Is it a bird? Is it a plane? No, it’s a heartfelt tribute to the actor who basically is Superman, the late, great Christopher Reeve – and it comes wrapped in a big Doctor Who Christmas special bow.

Speaking about the influence that Reeve’s iconic performance as Superman and Clark Kent had on both the Christmas special, The Return of Dr Mysterio, and pop culture as a whole, Peter Capaldi and Steven Moffat, told fans gathered at the Doctor Who panel at the New York Comic Con that their Superman-esque hero – played by Orphan Black‘s Justin Chatwin – was very much in the same, good-natured vein.

“I was obsessed with superheroes when I was a kid. Mainly, what I liked was Superman. And mainly what I liked about Superman was Clark Kent.

“Clark Kent is awesome. He’s amazing. He goes around pretending he’s not a god and not revealing to the woman he loves that he is the man she’s in love with for her own protection. It’s the best love story ever told. I love that. It’s a love triangle with two people in it.

“And I’ve always wanted to write that story. I’ve always loved Clark Kent. Clark Kent is the best hero ever. Every hero since then has been dispensable… apart from Doctor Who and Sherlock Holmes!” The Twelfth Doctor himself, Peter Capaldi has already started speaking of this year’s upcoming special in the same nostalgia-tinted tones as those fabled Christmas Day airings of Richard Donner’s 1978 classic.

“When I was young, they used to show on Christmas Day in Britain, they show a Christmas movie. My most favourite one was when they played the Christopher Reeve Superman movie.

“That very first one, it had such a great feel about it. Great irony, clever, funny, witty, tongue-in-cheek, and I think that’s what we’ve sort of made here – a new, ironic, good-hearted superhero movie which hopefully they’ll want to repeat every year as long as I get a cut of it.”

The special sees the Time Lord join forces with an investigative journalist and a superhero to save New York from an alien threat.

The Return of Doctor Mysterio will air on Christmas Day on BBC 1.

The Return of Doctor Mysterio,… 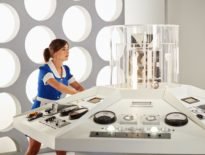 News Will Jenna Coleman Appear in Potential Doctor Who … 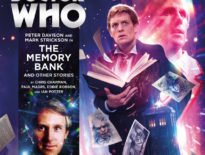