It was when the title of her proposed spin-off show changed that Elisabeth Sladen began to have doubts. Having been convinced to return to the role of Sarah-Jane Smith by John Nathan-Turner on the basis she would have joint billing with the Doctor’s popular robot dog in ‘Sarah and K9′, the front page of the script that arrived for the pilot must have made her feel she may well have made a mistake.

K9 and Company. You can imagine how Sladen must have felt when she saw that new title. Fortunately you don’t have to, since she wrote about how she felt in her autobiography:

“Company? Is that what I am now, John? What happened to it being my show?”

It was a bad portent for what would turn out to be a rather unhappy episode in her career. Aside from being relegated from the programme’s title, Sarah’s characterisation was wrong. Costume choices didn’t fit properly. Director John Black appeared to be intimidated by Nathan-Turner’s presence on location. And it can’t have helped that the first shots to be filmed were those for the show’s now legendary title sequence. 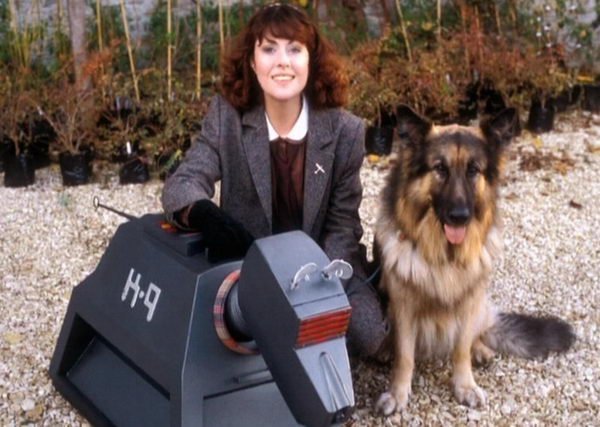 “I want the opening credits to be like Hart to Hart!” declared JNT, who famously loved all things showbiz. So Sladen (who displays a nice touch for comic writing in her book) was forced to endure ‘sitting outside a pub one minute waving a glass of wine, then posing on a rock with a newspaper, then leaning moodily in my Mac against my Mini Metro’.

Perishing cold temperatures on location in November’s short days darkened the mood still further. A lack of money to spend on stunt doubles for a car crash scene prompted Sladen (who had narrowly avoided drowning filming Revenge of the Cybermen at Wooky Hole) to put her foot down, so to speak, and decline to do the shot until a stuntwoman was found.

Things didn’t get much better for Sladen when it came to working in the studio and she found herself having to work around problems which had been familiar to Doctor Who’s cast and crew for some years by then. Slowly trundling along when he managed to move at all, K9 had a tendency to sap the energy of those who had to act with him. It’s likely that a phone call to Tom Baker would have made Lis fully aware of what she was letting herself in for but, as she herself admits, she was blissfully ignorant that working with K9 meant constant delays to fix technical problems, holding doors open for him on set and having to bend down repeatedly to appear in the same shot. 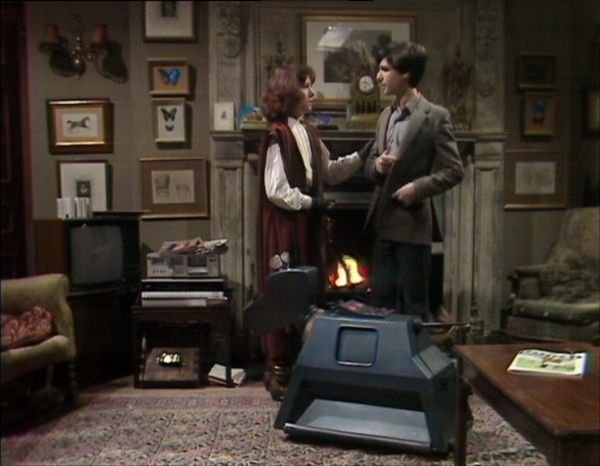 All of this left Sladen worried that she had erred in accepting Nathan Turner’s invitation to return (he’d already tried once before when he wanted a familiar face to rejoin Doctor Who to accompany Tom Baker’s Doctor for his final episodes) but K9 and Company was by no means a disaster. Healthy ratings of 8.4 million over Christmas 1981 were higher than Doctor Who had managed during its previous season and the pilot has some atmospheric moments with its satanic festival in a churchyard. Despite her bad experience of making the episode, Sladen remained confident that the problems could have been ironed out had a series been commissioned but a change of channel controller at BBC1, with Alan Hart replacing Bill Cotton, put paid to that.

Nothing wrong with the idea, then, as The Sarah-Jane Adventures would prove many years later, even if the execution was somewhat lacking (read Neil and Sue Perryman’s Adventures with the Wife in Space blog for a hilarious take on what a non-Doctor Who fan makes of the finished episode). It was wonderful to see Sarah-Jane take the lead in her own show and her instruction to Brendan to ‘stop honking’ has to count as one of the finest ever Doctor Who comic moments. How fitting that Doctor Who’s most popular ever companion should get another crack at it some two and a half decades later…

Dog Tale – The Making of… 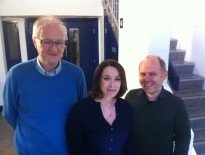 Features How I Wrote Short Trips: Rulebook For Big Finish
2