Let it be said, Class may be derivative but boy is it fun. Caring not a jot and happily pointing out just how knowing it is, when it’s firing on all cylinders, Class is an energetic, charming and witty ride: it’s not perfect but it’s off to a great start.

Judging the show based on the first episode seems a little premature – this is probably the one time where launching with a double bill isn’t just about making a big statement; you really need both episodes to get a handle on where the show is heading – but there’s more than enough ambition on show to justify telling this specific story, over, say, trapesing around Victorian London with the Paternoster Gang or flying through space with Clara in her space-Wimpy.

Much of this is down to Patrick Ness’ vibrate script, For Tonight We Might Die, which, quite frankly is utterly ridiculous and yet totally compelling too – nailing the introduction and ending with a gory flourish. Make no mistake, this isn’t Torchwood. The similarities are there to see but with a better grasp of that more adult tone, everything gruesome comes organically from the characters – yes, people swear but so would you if you were battling a fiery shadow beast with an Ikea lamp.

Credit too should go to the cast: Greg Austin, Sophie Hopkins, Fady Elsayed and Vivian Oparah all effortlessly switch from the weighty emotional scenes to the fluffy, absurd scenes with real charm. The one performance that’s still to be fleshed out is Katherine Kelly’s Miss Quill; while she does a great line in snarky humour (“We. Are. Decorating!”), she feels somewhat limited in terms of her own development. Her anger is entirely justified, but we’re hoping she really gets to stretch her wings and give real scope to her Doctor-lite role as protector of our nascent gang of alien fighters.

It’s that alien threat and the subsequent explanation that almost derails the show – the exposition during the scene where April (Sophie Hopkins) manages to merge hearts with the king of the Shadow Kin, is presented at such a breath-taking pace that, even with a handful of inventive visual flourishes, snarky interruptions, and misremembered moments, Class almost trips over itself. 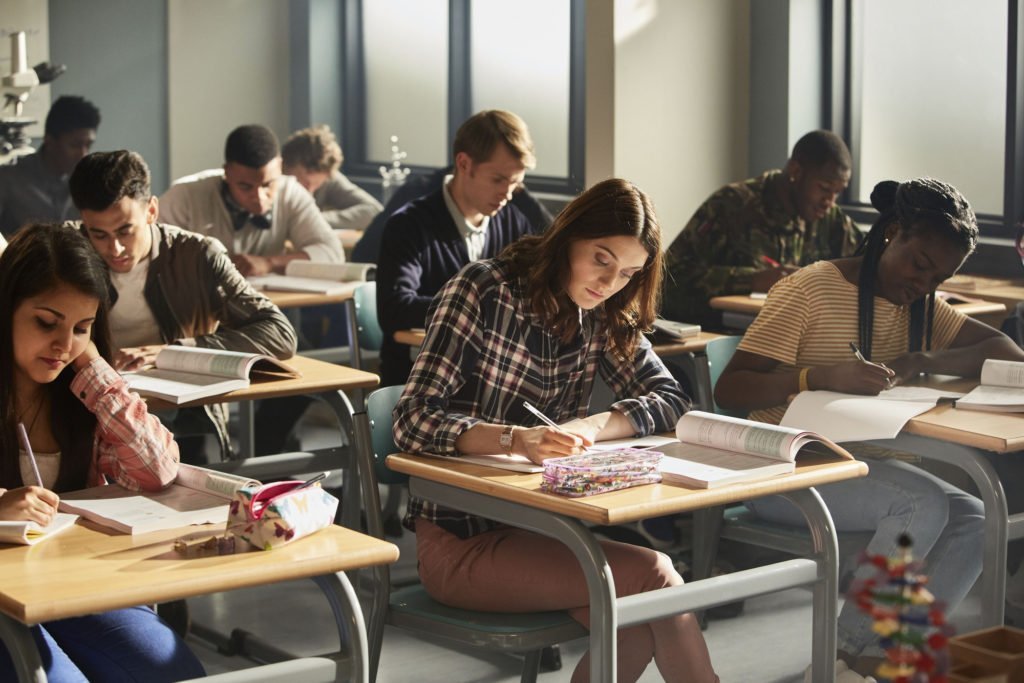 It’s during those scenes where you start to feel the constraints of its budget – the alien worlds are limited to a glorious CGI establishing shot (and weirdly, one that recalls the pink hued alien vistas of No Man’s Sky – maybe it’s just me and the Class crew that are still playing that game) and then a run around in a set but, again, that’s part of the charm. Give me ambition over an extra zero or two on the end of the budget any day – plus, it highlights the wonders the show does elsewhere with its school setting (which has, rather sinisterly no doubt, had an upgrade since the last time we saw it).

Then there’s the aforementioned gore; a scene later on involving the fate of Ram’s girlfriend, Racheal (Anna Shaffer) is neither here nor there – we’ve not really gotten to know her too well and the nature of her departure sits awkwardly between a regular SFX Doctor Who departure and the new, real world tone of the show. It’s a shocking moment but it’s a curiously hollow one too – if nothing else, it draws a rather bloody line in the sand. (It might be too early to call it but being splashed in the face with gore seems to be Ram’s signature move).

The scene after, which has serious implications for Ram’s (Fayd Elsayed) future, is also weirdly matter of fact; and again, it’s the pace of everything that sometimes means moments aren’t allowed to breath.

And then, after all the gore and a final showdown, here comes the Doctor… and boy have we missed him. 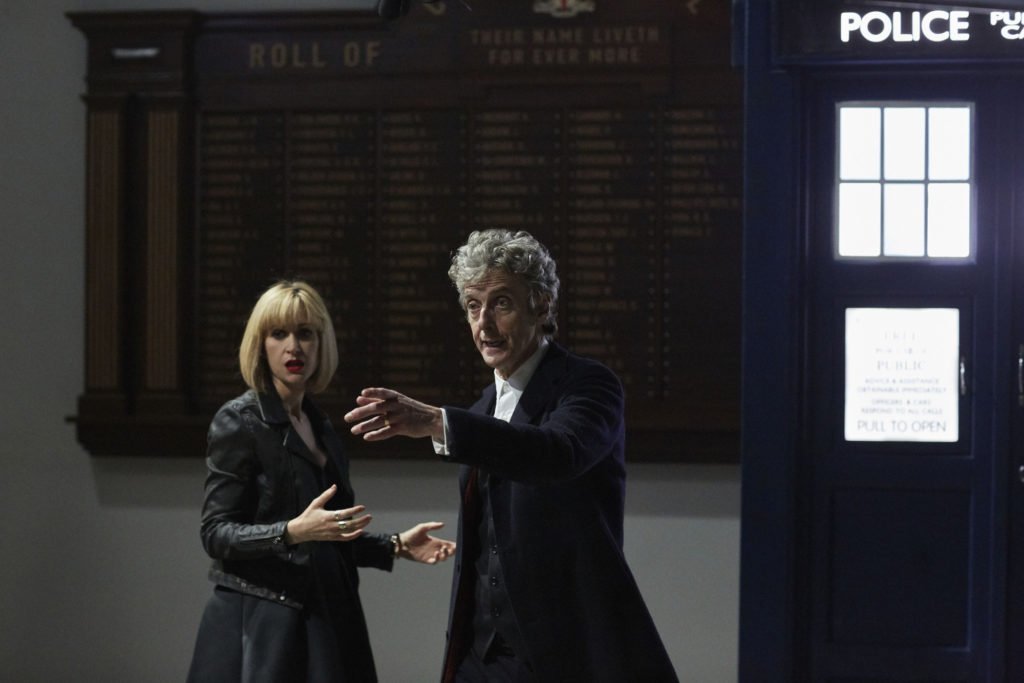 Needless to say, Peter Capaldi is faultless – pulling off that signature blend of wide-eyed wonder and curiosity along with all the thunder and the fury that’s made him such a vivid Doctor. His appearance here does throw up a curious question about just how much violence is at the periphery of his adventures; seeing him after what has already occurred just about keeps the tone consistent but it’s interesting to get a glimpse of what he might have blocked out from his adventures in time and space (in a lighter note, his entrance is gloriously naff. I giggled when, instead of appearing with the full fury of his reputation, he just steps in front of some decorations).

So what do we make of Class? Well, despite the nods towards Torchwood, Buffy the Vampire Slayer, and the other TV shows that it takes the time to mention by name, it has found a niche for itself in a hitherto as yet unexplored area of Doctor Who’s history – it isn’t in your face with that adult tone. In regard to what it wants to present, it’s more interested in establishing its credentials as an achingly contemporary show, complete with Sherlock style on screen text and Skype confessionals, than reminding you we’re beyond the watershed, but it can present individual moments of genuine shock. The one criticism is that you sometimes wish it was perhaps a little goofier, that it would lean into some of its absurdity rather than keeping everything at an arm’s length with some carefully deployed snark.

At the moment, Class is still finding its feet; it’s like an awkward teenager – stumbling from one emotional peak to another, trying to find its place within two extremes but, thanks to its energy, wit, and charm, it could easily become its own beast and, more importantly, essential viewing.

Class episodes 1 and 2 are available on demand now via the BBC iPlayer. 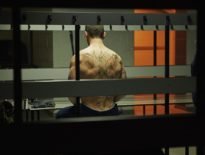 Reviews Reviewed: Class – The Coach with the Dragon Tatt… 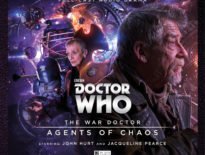