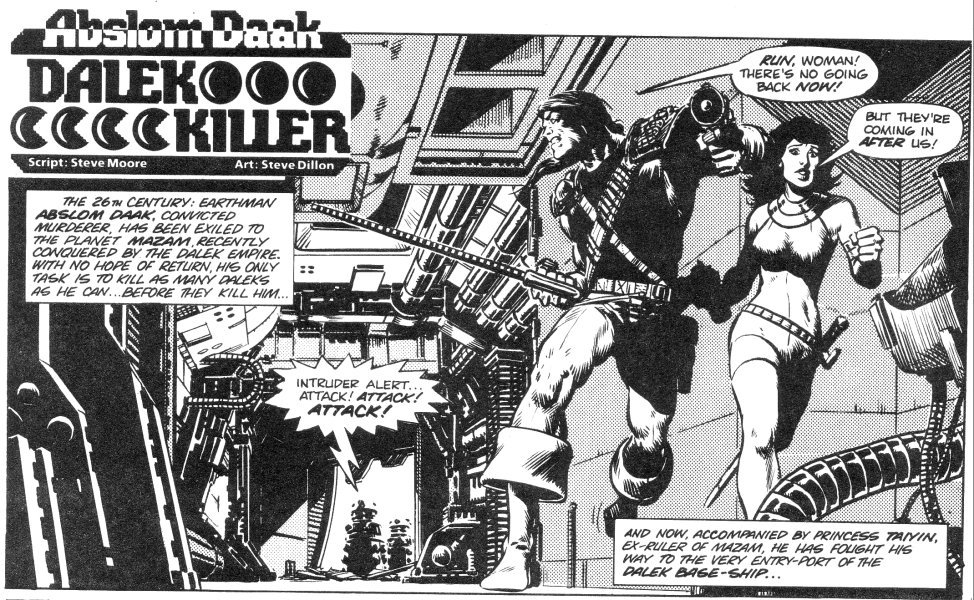 The DWC are sad to report that Doctor Who Magazine artist and Preacher co-creator Steve Dillon has passed away, aged 54.

Dillion’s contribution to the medium and to Doctor Who cannot be understated. His artwork is burned into the conscious of adults who spent their youth transfixed by his perfect panelling for DWM.

He first started working on Issue #5 of what was then called Doctor Who Weekly, where he and Steve Moore – another comic stalwart who is sadly no longer with us – co-created the character of Kroton the Cyberman – the Junior Cyberleader who develops sympathy for Mondaran rebels; a conflict which results in one of the most iconic panels in the history of DWM, as Kroton drifts off into space. Working as a backup strip artist – the secondary Doctor-less stories that featured alien creatures from the TV series such as the Daleks – until issue #29, Dillon helped create Abslom Daak also with Steve Moore.

Daak was Moore and Dillon’s attempt to create a non- BBC licenced character; a 26th century criminal sentenced to spend the rest of his life in exile as a Dalek killer, a task he took to with both a fatalistic glee and his trusty chain sword.

While Moore worked on the first three stories in Daak’s run, Dillon’s commitments to 2000 AD meant he had to leave the title after completing three of the second story’s four parts, entitled Star Tigers, but Daak had already bored himself into the reader’s imaginations – in no small part due to Dillon’s incredible artwork.

You only need read the last page of Absolm Daak… Dalek Killer to grasp Dillon’s mastery of the medium; the panelling is exquisite – just look at the final image of Daak, head slung down, walking out of the boarders of the frame with the fatally wounded Princess Taiyin in his arms juxtaposed with his anguished howl of vengeance against the Dalek race, it’s superb. He returned to the magazine as the artist on the final Fifth Doctor comic story, The Moderator, which portrayed the death of comic-strip companion, Gus.

If we were solely talking about his impact as a Doctor Who artist, he would still garner plaudits for his storytelling, but Dillon’s work outside of the worlds of the Doctor show an artist who was most at home with characters with a dark edge; and as they pushed the boundaries of what comics could achieve, his artwork chased them all the way.

Dillon’s breakout work in the United States came in the 1990’s when he teamed with writer Garth Ennis on Vertigo Comics’ John Constantine series Hellblazer.

In 1995, Dillon and Ennis teamed up once again and created Preacher at Vertigo.

Preacher tells the tale of Jesse Custer, a preacher in the small Texas town of Annville, who is accidentally possessed by the supernatural creature named Genesis, the infant product of an unauthorised, unnatural coupling of an angel and a demon – a being with no individual sense of will but, as it is composed of both pure good and evil, is equal in power to God. Bound to the creature, Custer is, potentially, the most powerful being in the universe. From there, he sets out on a quest across America to literally find God.

Preacher went on to critical acclaim and is considered a classic by modern comic book readers. Dillon himself was nominated for a 1996 Eisner Award for his work on Preacher. The series is now the basis for the AMC television series of the same name, which premiered earlier this year.

Dillon and Ennis went on to redefine the character of the Punisher as part of the Marvel Comics’ Marvel Knights imprint beginning with The Punisher: Welcome Back Frank in 2000 and with the follow-up ongoing series in 2003. Dillon would return to the Punisher on several occasions, both with and without Ennis, including runs on Punisher: War Journal, Punisher vs. Bullseye, PunisherMAX, and the most recent relaunch of The Punisher’s ongoing series for All-New Marvel.

Dillon also created the character Dogwelder for Ennis’ Hitman series. The character continues to be featured in Ennis’ work on Section Eight.

While no cause has been given for Dillon’s passing, the news was broken by his brother via Twitter yesterday morning.

Sad to confirm the death of Steve, my big brother and my hero. He passed away in the city he loved (NYC). He will be sorely missed. Cheers x

As tributes poured in, perhaps the best summary of his impact was this tweet by Criminal writer, Ed Brubaker.

A tragic loss, not just to comics, but especially to comics.

The DWC would like to extend their condolences to Dillon’s family at this difficult time. 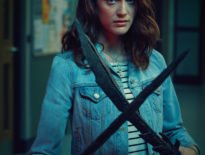 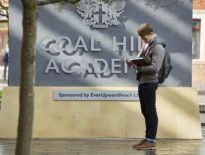 News What Did You Think of Class: For Tonight We Might …
1