Step into a dark shadow looming over many Doctor Who serials: the unknown.

In Into The Dalek, the Twelfth Doctor told Clara that they were heading “into darkness.” This doesn’t just represent evil but also the unknown. These two crop up in… Well, rather a lot of serials.

And they’re in all horror films, TV series, and literature. That’s how much the Great Unknown scares us.

If we look at the core values of Doctor Who, the unknown is at its heart. That’s partly due to the Doctor. The whole premise of the show is a man who is a mystery: to the characters; to the audience; occasionally even to himself. Some may argue that it’s a good way to divide humanity into the optimists and the pessimists, the cynical and the naive – and furthermore a good way to characterise each incarnation of the Doctor. And that’s when we discover that there’s too huge a grey area.

We can dread the unknown; we can be excited by the unknown. That’s surely what An Unearthly Child is about. Ian and Barbara are in awe of the TARDIS and its mysterious pilot; Susan is unhappy that she has to move on from 1960s London and venture back into time and space. Even though travelling the universe is incredible, the unknown looms large over them. In that first TARDIS team – and in all those since – we experience moments of joy and moments of terror.

The Doctor generally embraces whatever’s around the corner: in The Doctor’s Wife (2011), he is excited by the fact that he doesn’t know what to do once the TARDIS is gone and in possession of House, despite his companions being in danger. This is also the case in Flatline (2014) in which he rhetorically asks Clara, “Could you not just let me enjoy this moment of not knowing something? I mean, it happens so rarely.” By the end of Sleep No More (2015), the Doctor is clueless, seemingly defeating the so-called Sandmen, but acknowledging that the events make no sense to him.

(In contrast, once he knows something is to happen, he quickly accepts that time can’t be rewritten. His initial reactions demonstrate this in 2008’s The Fires of Pompeii, the subsequent year’s The Waters of Mars, and 2013’s “Doctor” trilogy, The Name of the Doctor, The Day of the Doctor, and The Time of the Doctor, in which he has to face the Time War and his own death on Trenzalore.) The wonder and fear of the unknown is ably explored in The Sensorites (1964) – even Barbara acknowledges that their only danger each time they leave the TARDIS is the unknown! It’s all about not quite knowing what’s going on behind the eyes of another: there is mutual distrust from the Sensorites and the humans. They’re not even united with their own race; rebellious elements use the fact that Sensorites look alike to undermine and cause chaos. Strangers in Space, the first episode of the six-part serial, is a claustrophobic and eerie beginning with incredible vision, which builds up to the impossible sight of a Sensorite in the vacuum of space. It’s atmospheric stuff which wouldn’t feel out of place in a horror movie.

A Nightmare on Elm Street; The Blair Witch Project; Rosemary’s Baby; not forgetting Oculus starring Karen Gillan: horror films are laced with fear of the unknown – death is dealt by either an unknown enemy or an enemy whose motives are unknown… or at the very least, hard to sympathise with!

Knowing Me; Knowing You

Those of us with an overactive imagination certainly are haunted by things that will never happen and many, at least as children, fear the dark. Some psychologists believe fear of the unknown is a result of our own wavering control. Once something is indefinable, it is impossible to control. This likely stems from our survival instincts. It may go back to race memories of living in an ever-changing environment as ‘cavemen,’ where the outside world provided both the possibility of life and death, wherein our role could be either prey or predator.

It’s this type of race memory that makes the Tractators so frightening for Turlough in 1984’s Frontios, and Mr. Sweet so repulsive in The Crimson Horror (2013).

Schrödinger’s cat, a thought experiment based on the Copenhagen interpretation of quantum mechanics, revolves around ideas of the unknown. Physicist, Erwin Schrödinger described the theory:

“A cat is penned up in a steel chamber, along with the following device (which must be secured against direct interference by the cat): in a Geiger counter, there is a tiny bit of radioactive substance, so small, that perhaps in the course of the hour one of the atoms decays, but also, with equal probability, perhaps none; if it happens, the counter tube discharges and through a relay releases a hammer that shatters a small flask of hydrocyanic acid. If one has left this entire system to itself for an hour, one would say that the cat still lives if meanwhile no atom has decayed. The psi-function of the entire system would express this by having in it the living and dead cat (pardon the expression) mixed or smeared out in equal parts.”

It’s a paradox that makes us uneasy or frustrated.

Doctor Who, then, works on the principal that alien beings are utterly unknowable, their appearances, motives and intentions completely inexplicable.

Our brains can easily identify what’s common in our lives, memories of events or objects or beliefs or functions, that we use to relate to the world around us. When something new or unknown happens, your brain still tries to make it relatable by comparing it to past experiences. When there are few points of comparison, we struggle to understand what we’re seeing, and it’s perhaps this that makes some Doctor Who creatures particularly effective. We may be able to draw parallels between aliens in Doctor Who or even other mediums – the Krynoid to the Triffids, for example – but there are cases of unpredictable enemies. We have never faced a memory-proof creature like the Silence or a possibly-not-even-there hider from 2014’s Listen (although, frankly, how would we know?), so they become even more sinister.

The paradox of the Silence is even deeper: the Doctor and co. may learn to identify them, but that knowledge can’t be retained. We may learn everything there is to know about them, but those facts will vanish in the blink of an eye. Furthermore, their intentions can become our intentions, thanks to a sort of post-hypnotic suggestion – which the Doctor uses against them in 2011’s The Impossible Astronaut/ Day of the Moon. In this way, they are arguably Steven Moffat’s most ingenious creation.

Just Go Forward In All Your Beliefs

Our religions and belief systems are partly a reaction to the unknown: it doesn’t matter, in this context, if there is an all-powerful being or not; what counts is our need for answers. More interestingly, religion is a product of the known as well.

The afterlife is the Great Unknown and as such we all at least want to believe in something positive, whether it’s as ambiguous a concept as Heaven or as similarly-ambiguous as ‘peace.’ But many of us want to believe in a higher power as an explanation of the incredible world around us. Either way, religion is, at its heart, a force for good. The early days of Doctor Who played with notions of the unknown superbly, whether this is the strange city on the horizon of Skaro or the trials of The Keys of Marinus (1964), but it also threw a curve-ball at the audience with The Space Museum (1965). Threat is imminent only because we know exactly what it is. The consequences of inaction are forever being exhibited in the Museum, witnessed by the Doctor, Barbara, Ian, and Vicki. As the Eleventh Doctor tells Rory in 2011’s The Girl Who Waited, “Sometimes knowing your own future’s what enables you to change it. Especially if you’re bloody minded, contradictory, and completely unpredictable.”

The same can be said of the same year’s Mission to the Unknown and The Daleks’ Master Plan, the former of which foreshadows the 12-part epic. In a unique move, none of the TARDIS team were present throughout Mission, allowing only the viewers to know that these dangers were lurking in the future – a trait known as dramatic irony, frequently used in the works of the greats like Shakespeare. A further shock was delivered when the following serial, The Myth Makers, didn’t deliver on this threat but instead found the Doctor, Steven, and Vicki in Troy.

The Angels Take Manhattan (2012) plays with the idea of established futures perfectly, while the following year’s The Bells of Saint John is a race to stop Clara dying once more: knowing that she’s, let’s say, accustomed to death makes the Doctor worry about her even more.

But a vital part of the unknown is intention, and alongside the bad in Doctor Who, we have the good. There are two sides to every coin, as we see in stories like Vincent and the Doctor (2010), The Empty Child/The Doctor Dances (2005), and 2014’s Kill The Moon and In the Forest of the Night. Contradictorily, The Power of Three (2012) proves that complacency can be dangerous.

Some creatures are a good mix of both: they only wish to survive, but in doing so, they harm us. The Saturnyne (2010’s The Vampires of Venice) are fine examples of this, though some individuals do take some glee in their seeming vampirism. The Doctor, too, could be seen in this light; he does, after all, destroy enemies despite being good-intentioned, saving Earth or wherever the TARDIS has materialised. The Weeping Angels’ objectives in Blink (2007) remain uncertain: do they know that dumping humans in the past is a bad thing? The Doctor calls them the only race to kill you nicely…

The Doctor, perhaps, is ever the optimist. Take Flatline (2014) as an example. He doesn’t like to immediately judge the Boneless as ‘monsters,’ but is forced to by the serial’s conclusion.

The Hopes And Fears Of 50 Years

Fear comes from the unknown throughout Doctor Who: The Web Planet, The Macra Terror, The Ambassadors of Death, Planet of Evil, The Caves of Androzani, Revelation of the Daleks, Dragonfire, The TV Movie, The Long Game, 42, The Name of the Doctor, and Into The Dalek are all testament to that. But look through all 800-plus episodes and you’ll see that the unknown is an underlying horror. In an episode of Doctor Who Confidential corresponding to 2010’s The Hungry Earth, writer Chris Chibnall says that, to him, there is no greater fear than the hole in the ground. I laughed at this. What a ridiculous thing to say. Surely greater fears are of darkness, of death.

Now I realise there’s no difference.

Horror in Who: Into Darkness 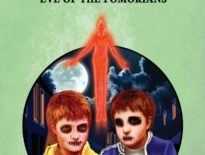 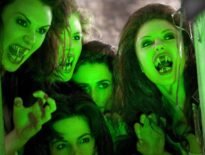 Features Horror in Who: Vampires
4