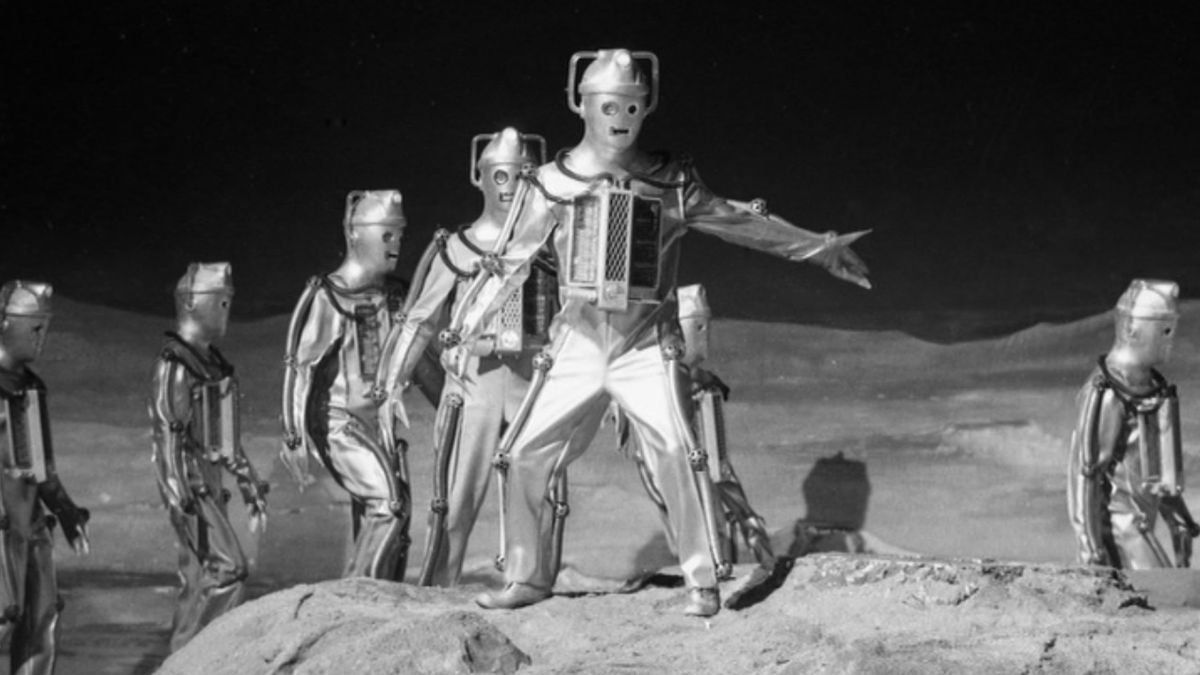 If it weren’t for The Moonbase, we might not have definitive tales like Tomb of the Cybermen, Earthshock, and The Invasion. We almost certainly wouldn’t have Nightmare in Silver (but don’t hold that against it). And we might not even have the Cybermen still roaming the universe. It’s time The Moonbase stepped out from the shadow of these tales and finally takes its rightful in the Earthlight.

The first story of Doctor Who to be set on the moon, it’s the basis for adventure; the basis of our journey into the stars; and our basis for the Monster Era, ushered in by producer, Innes Lloyd. Oh, and Episode Two has a brilliant cliffhanger that simply has to be seen. (Good thing that episode exists in the archives, then!) For the Cybermen, The Moonbase is the difficult second album, and indeed there are many naysayers, claiming that their second ever appearance in the series is just a re-jig of 1966’s The Tenth Planet. Admittedly, there are some substantial parallels, most notably the base-under-siege setting and obviously the emotionless enemies, but perhaps writers, Kit Pedler and Gerry Davis figured “if it ain’t broke, don’t fix it.” The Moonbase, preliminarily titled The Return of the Cybermen, was commissioned before the final episode of The Tenth Planet was even broadcast. As Davis told Jan Vincent-Rudzki, Stephen Payne, and Ian Levine:

“When [The Tenth Planet] came on, the viewing figures shot up from only three million to around ten million. It was obvious the Cybermen were very popular and had to come back soon, so I commissioned Kit to write Moonbase. Unfortunately he went into hospital and so I had to take over a lot of the writing.”

These figures aren’t quite correct, but nonetheless, audience ratings increased by about two million over the course of The Tenth Planet, reaching a high of 7.5 million. The Moonbase maintained an even higher figure, ranging from 8.1 million to Episode Two’s peak of 8.9 million viewers.

It was clear that the Cybermen would be back once more, and The Moonbase established a base-under-siege template utilised in many other Troughton-era Who stories. It set the bar for following Cybermen tales like The Wheel in Space, The Invasion (both 1968), and the highly-regarded Tomb of the Cybermen (1967). The idea of invading forces approaching from all sides while the TARDIS team is trapped, hopelessly against all odds, is a well-worn trope of Doctor Who, to be both utilised and subverted and late 1960s Who especially focused on this aspect, as Gerry Davis went on to say:

“I tried to get the writers to write economically ie. for sets, and then make sure the set was really used having all sorts of ramifications to it. An example is an underground city/workshop like Moonbase where the Gravitron control room was mostly used. So we get 4 episodes with one magnificent set, instead of having a dozen inferior sets. The same goes for characters. Instead of having too many people popping in and out, and too much running around, there should be much more concentration on characters, putting the money on five top actors.”

He cites The Celestial Toymaker as a good example of this, but it’s certainly true of The Moonbase too. The story boasts a strong cast and, whilst reflecting the attitudes of the time, doesn’t overindulge in that aspect of the crew… Among the crew of the moonbase are Jack Hobson, played by Patrick Barr (The Dam Busters; House of Whipcord); Nils, played by Michael Wolf (War and Remembrance; A Bridge Too Far); and John Rolfe as Sam Becket. Many will recognise Rolfe as Ralph Fell, under the control of BOSS in 1973’s The Green Death, although he also appeared in 1966’s The War Machines.

The Moonbase was also the first Doctor Who appearance of Alan Rowe, who played Dr. Evans and provided the voice of Space Control. He went on to play Edward of Wessex in 1973-74’s The Time Warrior, and Decider Garif in Full Circle (1980), but he’s perhaps most notable for playing James Skinsale in 1977’s Horror of Fang Rock. Yes, the one with those sideburns.

Go-to French man, André Maranne (The Return of the Pink Panther; Me and the Girls) stars as Roger Benoit, a sign that the moonbase is supposed to be controlled by a conglomerate of countries, an idea also used in The Tenth Planet. Multiculturalism was a notion starting to come into fruition in the 1950s and 1960s, thanks to ‘assimilation’; designed to use the immigrants of the New Commonwealth as labour in order to rebuild the nation after war, but other ethnicities were expected to leave behind their culture for the ways of Great Britain. But the Institute of Race Relations’ (IRR) Jenny Bourne notes:

“By the mid-1960s the policy of enforced assimilation was rejected in favour of a more egalitarian policy of integration. This was defined by the then-Home Secretary, Roy Jenkins, as ‘not a flattening process of assimilation but equal opportunity accompanied by cultural diversity in an atmosphere of mutual tolerance’. Integration held out the promise that people had a right to their particular cultural expression. It was the basis for a multicultural society.”

In case you were to forget that the moonbase was a symbol of multiculturalism, Benoit was equipped with an onion seller’s neck tie. They’re all the rage in France. Still, it’s an important step: as the Cybermen ‘upgrade’ everyone to be just like everyone else, it’s good to see the crew as individuals, representing the world and its varied cultures. The IRR explains:

“It is important to realise that Britain was once, especially because of the struggles waged by black communities in the 1960s and 1970s, the most progressive country in Europe in terms of its multiculturalism. It was the country to which other countries looked for inspiration to formulate their own polices. The UK had rejected assimilation and adopted integration, it had passed acts against racial discrimination, it did not have a strong extreme-right, anti-immigrant political party.”

The Moonbase, in this way, is a forerunner of 2009’s The Waters of Mars. However, it doesn’t present equality, uh, equally, let’s say…

“This is Men’s Work” Yes, poor Polly (the ever lovely Anneke Wills) is sidelined somewhat because an important part of any fully-functioning moonbase is, of course, a good cup of tea. Despite being presented to us as a ‘Swinging Sixties’ gal in Club Inferno in The War Machines, Polly doesn’t seem affected by feminism too much.

Second-wave feminism began in the United States and spread throughout Europe, tackling issues like sexuality, reproduction, and inequality in the workplace. Betty Friedan ushered in this secondary stage of the movement with her 1963 book, The Feminine Mystique, and whose beliefs were that women “should not expect special privileges because of her sex but neither should she adjust to prejudice and discrimination.” She inspired the Consciousness-Raising groups in America, protests and even lawsuits to fight for women’s rights, as well as co-founding the National Organisation for Women in 1966.

Polly isn’t an entirely ignored character, however; while eyes tend to roll when she mentions Cybermen (because the Cybermen have been extinct for years and women are vulnerable to manic hallucinations, of course), she still has a strong presence in the story – and not just as the Pretty Face For The Dads. In fact, she helps Ben create a mixture of acetic chemicals to attack the Cybermen with, so proving to be far from brainless, and is probably the most progressive 1960s companion until Zoe, a computer genius (even smarter than the Doctor) appears. It’s Jamie McCrimmon (Frazer Hines) who’s sidelined perhaps more than Polly during The Moonbase, residing in the sick bay after a fall from grace. Jamie was a last-minute addition to the TARDIS team, having made his debut just two serials before, and in subsequent stories stole lines from Ben (Michael Craze). Still, he shares the final fights with the menaces from Mondas, and the Doctor and his companions have great chemistry. I’d go so far as to say that this is one of the best TARDIS crews ever.

And it’s a good thing they’re there to protect us because there are some corners of the universe which have bred the most terrible things. Things that act against everything we believe in. They must be fought.

(Adapted from an article originally published on Kasterborous in May 2013.) 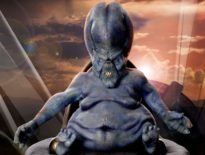 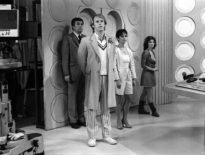