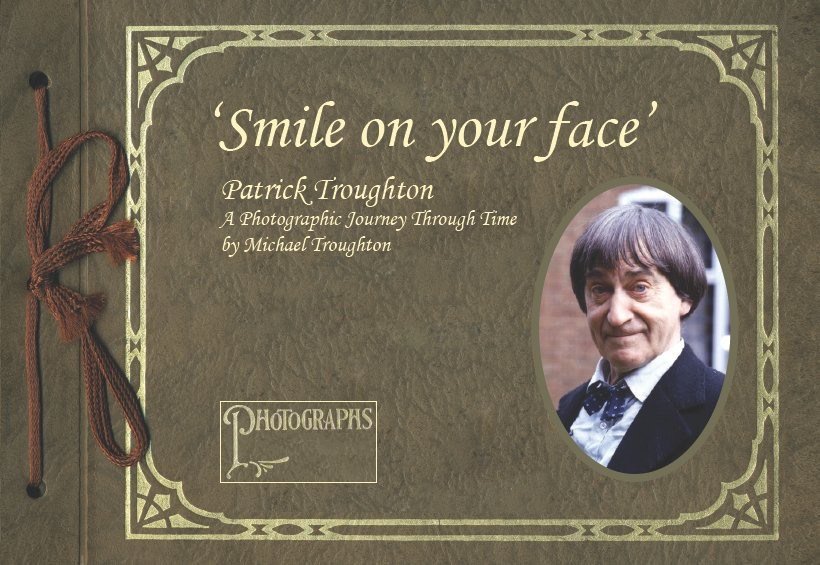 Matt Smith once said: “People often ask me, ‘what makes a good Doctor?’ My answer is simply, ‘Patrick Troughton.'”

There’s something very special about the Second Doctor, and that’s down to Patrick Troughton who infuses every sentence with a unique joyous, contemplative quality. If you’ve watched anything from his tenure as the Time Lord, you’ll understand. But Troughton was a lot more than just the Doctor, and I fear that many don’t know much of his wider work – myself included.

Five years ago, his son, Michael Troughton (who you’ll recognise as Professor Albert from Last Christmas) published a brilliant biography of Patrick and helped amend the oversight of many fans. One of the most interesting aspects of the book was the images of his father, littered throughout to add that personal touch.

It’s this idea that Smile on Your Face, Michael’s new book, expands: a ‘photographic journey through time’, charting Patrick’s wonderfully varied career through professional stills and behind-the-scenes photographs from their family archive – accompanied by brief captions to give us greater insight.

It’s a landscape hardback, filled with stunning pictures, about half of which are black and white. Presented as a photo album, it could very easily be classed as a ‘coffee table’ book, one of those large presentations intended for readers to flick through casually, but that perhaps does this a disservice. 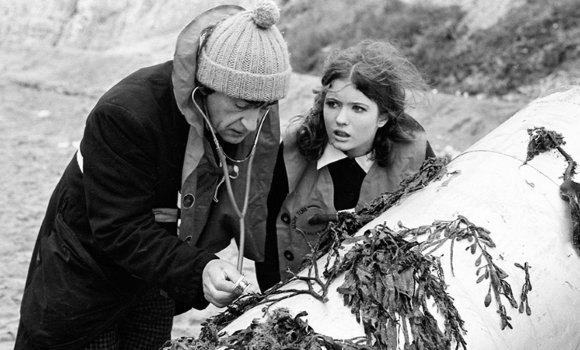 It’s not something frivolous to while away your time; it deserves your full attention. This is a pictorial study of a compelling life, an incredible actor, and an admirable man.

The hardback is split into seven sections, from Post-War to theatre, Doctor Who to conventions. The first segment details the late 1940s and is the sparsest of the book; nonetheless, these glimpses at his early work on television feel extraordinary. It’s somewhat like a brief look into another world, albeit it a recognisable one where the staples of performance – Shakespeare plays – persist. We start with rehearsals for Edward II before moving to King Lear and Hamlet. Images from R.U.R. (the Karel Čapek story which introduced the word ‘robot’ to the English language) and Rose Without a Thorn (both 1948), meanwhile, were taken from Patrick’s mother’s TV set during live transmission!

The sections generally span a decade of work, so particularly interesting productions from the 1950s (“Live Telly!”) include The Scarlet Pimpernel (1956), The Count of Monte Cristo (with a gloriously comical snap of a cross-eyed Patrick), and 1950’s Chance of a Lifetime; while the 1960s (“TV, the Real National Theatre”) includes Jason and the Argonauts (1960), The Old Curiosity Shop (1962), and The Viking Queen (1966), which looks to be the last show he starred in before Doctor Who.

Fans will be pleased to see the publicity shot used in Robot of Sherwood (2014) of Troughton as Robin Hood in the 1952 production of the same name.

Many will undoubtedly turn immediately to the pages concerning Doctor Who, and they don’t disappoint. You’ll see plenty of shots you recognise, but also some you’ve likely never seen before. Particular joy comes from seeing images of those missing stories – notably The Highlanders (1966), 1968’s Fury from the Deep (which is afforded three pages of on-location photography, showing the close-knit bonds between Patrick, Frazer Hines, and Deborah Watling), and The Wheel in Space (1968). Five pages are dedicated to The Abominable Snowmen (1967), again location filming showing a confident and brilliant TARDIS team enjoying themselves despite the shocking Welsh weather.

I scour the Internet for images to use; I read books and magazines and comics – but still, Smile on Your Face includes photos I’ve never seen before, including two from Blue Peter for which Patrick sifted through children’s monster designs to find a winner.

By 1970, however, his career had regenerated, and so we get colour pictures seeping into The Scars of Dracula, Hawkeye the Pathfinder (1973), and The Omen (1976). When it comes to 1972’s Jason King, I can’t believe how alike Troughton and Peter Wyngarde look! This 1970s-centric section is surprisingly packed; for far too many talented Doctor Who stars, work dries up after leaving the show, but this goes to show how in demand Patrick was.

Everyone knows Patrick’s advice to Doctors: spend three years in the role, or risk being typecast. The 1980s part (“”A New Life”) shows how fond he was of Doctor Who. Only two pages cover The Five Doctors – quite a few shots of him alongside the other Doctors, and a particularly lovely snap of him with Nicholas Courtney, on location in Ffestiniog, Gwynedd – but coverage of The Two Doctors (1985) is pleasingly extensive.

The team clearly had a wonderful time in Spain, and Troughton and Colin Baker obviously got on marvellously. We get some great glimpses into their leisure time alongside images of them at work. There are even rare shots of producer, John Nathan-Turner. The following section, “Stage: All That Shouting in the Evening”, is a real gem, though. The first shot comes from a school play in 1937, Bees on the Boatdeck before we move onto plays in London, New York, Buckinghamshire, and the Edinburgh Festival. Patrick appears to take centre stage in all of these, whether he’s playing a humours role – Bottom in A Midsummer Night’s Dream – or an altogether more serious one, like an aging Hitler in a 1950 play, Eva Braun.

You get a scale of Patrick’s talent and diversity throughout the book, but it’s the final section (“Conventions: Water Pistols at Dawn”) that most fans will take pleasure from. He was a very private person, but he appeared to have warmed to his public presence. In fact, that’s exactly the feeling you get: warmth.

Patrick never comes across as anything less than a fun, intriguing, thoughtful, and approachable character whose legacy should be greater than simply Doctor Who. Take a look at his IMDB page, and you’ll discover his credits are far more extensive than even Smile on Your Face showcases.

This should be a must-have item, not just for fans of Doctor Who or of Patrick himself but also for anyone interested in the changing face of performance, theatre, and especially television.

Thank you to Michael Troughton, for giving readers this treasure: it certainly left a smile on my face.

(Adapted from an article originally published on Kasterborous in February 2016.)

Reviewed: Smile on Your Face 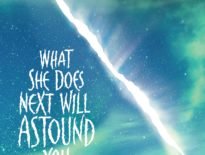 Reviews Reviewed: Class – What She Does Next Will Astoun… 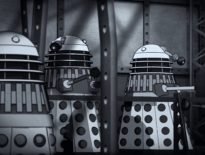