The latest edition of Doctor Who Magazine hits shelves today and contained within its glossy pages of goodness and two cover designs are a few festive details concerning Series 10.

In his regular feature, Ask Steven Moffat, fans have, well, asked Steven Moffat several Series 10 questions and by gum did Moffat answer them; revealing a returning writer for the series and the Doctor Who boss’s thoughts on two more episodes from 2017.

Writer Toby Whithouse will return with what Steven describes as a “BRILLIANT” episode – as he probably would anyway. Whithouse is no stranger to the world of the Doctor, having already penned six episodes for Doctor Who, going back to 2006’s School Reunion and most recently with 2015’s Under The Lake / Before The Flood. “Just watching a stunt/effects scene from the new Jamie Mathieson episode. Oh, this is a stormer of an episode! Remember when Jamie first burst onto the scene a couple of years ago? Mummy on the Orient Express and Flatline? There was a new sheriff in town!

And here’s something to get you excited – his new one is his BEST one.

It’s scary, and funny, has awesome monsters, and a savage line in satire. I love it – can you tell? It’s like the best of ‘old’ Doctor Who meeting the best of ‘new’ Doctor Who, and going on a lovely date, with snogging.” Moffat also teased some new details about The Eaters of Light, written by Rona Munro, the writer behind the final story of the classic era, Survival.

“To be honest, I was nervous of approaching her for Doctor Who, because I was fairly sure she thought I was an idiot.

You’re going to love this story, though. Again, it’s old meets new. And it’s warm and wise and lyrical and Scottish”

You can read more of Moffat’s musings plus a whole host of features, news and reviews in Doctor Who Magazine #507 which is available now from all good stockists. 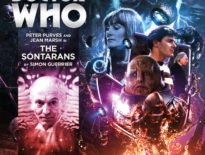 News Out Now – Doctor Who: The Early Adventures &… 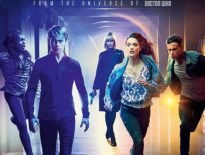