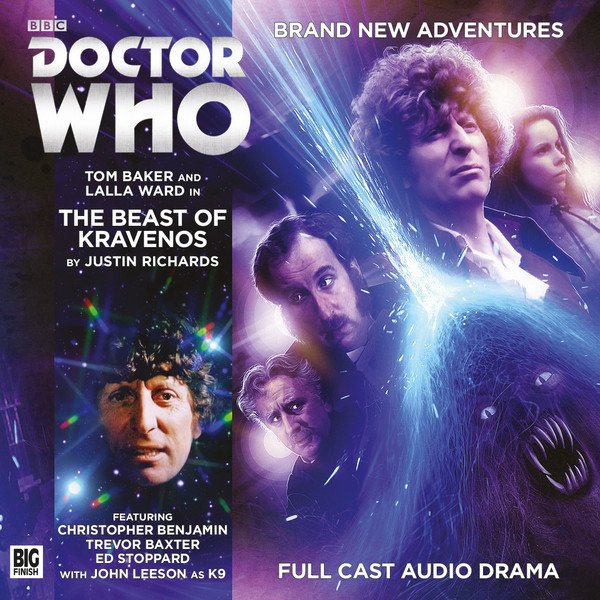 Giving us a taste of what’s to come, Big Finish have unveiled not one, but two brand new trailers for a brace of future Fourth Doctor adventures

Next year sees the start of series six of Doctor Who – The Fourth Doctor Adventures and to celebrate, Big Finish have given us a taste of both Doctor Who – The Beast of Kravenos starring Tom Baker, Lalla Ward, John Leeson alongside Jago & Litefoot themselves, Christopher Benjamin and Trevor Baxter.

A stunning new star act is wowing the audiences of the New Regency Theatre. The modern mechanical marvel of canny canine charisma – the automated dog that can answer any question – the incomparable – the unbeatable – K9!

The Doctor and Romana have returned to Victorian London and been reunited with their old friends Professor George Litefoot and Henry Gordon Jago. However this is not merely a social visit. A terrifying crime spree is sweeping the capital, and the burglaries of ‘The Knave’ defy all logic.

Something impossibly dangerous is taking place amid the fog. Only the time travellers and their friends can stop it… but can they be sure they’re all on the same side?

And then in February comes Doctor Who – The Eternal Battle, in which the Fourth Doctor and Romana encounter the Sontarans (Dan Starkey) in a deadly environment which might claim them all.

The TARDIS has landed in a war zone. The Doctor, Romana and K9 find themselves traipsing through an inhospitable battlefield. Strange lights flicker in the sky, and stranger creatures lurk in the darkness.

When rescued from an attack by a Sontaran tank, the time-travellers discover they’re facing a far more dangerous foe than the battle-hungry clones. This terrifying fight has been going on longer than anyone can remember… and shows no signs of stopping.

With the TARDIS missing and their luck running thin, the Doctor and his friends’ only hope of survival is to uncover the truth about what is happening on this planet. If they can discover the secret of the eternal battle they might just survive… but it might just mean the end of them all. 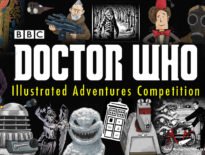 News See Your Artwork in Doctor Who: The Illustrated Ad… 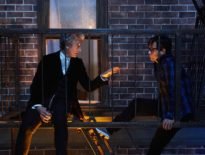 News Justin Chatwin: “Doctor Who Was The Best Thi…
0