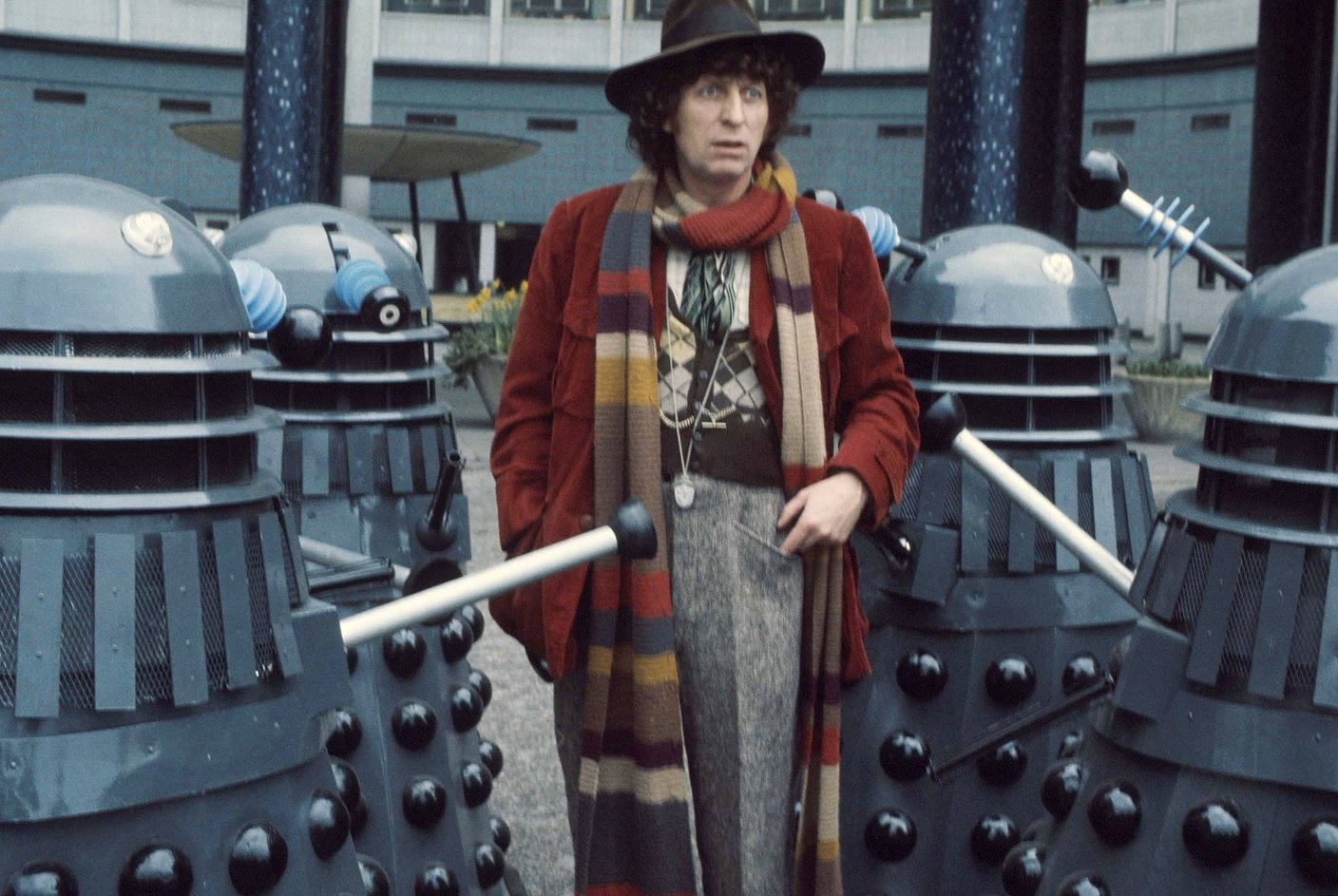 Terribly out of work and supplementing his income between acting jobs, Thomas Stewart Baker wrote a pleading letter to William Slater in February 1974 looking for a part. The contents of that letter remain somewhat elusive, as they should. The date in which it was sent to seems to have been mislaid. Baker himself said he posted it on a Monday.

The only certainty to come from that correspondence is that on 15th February 1974, the virtually unknown but vastly experienced actor Tom Baker was cast as the Doctor.

When the news broke, no one was more surprised than Tom’s recent workmates on the building site where he’d been employed to mix cement. There he was, all teeth and curls, on the front cover of the racing edition of the Evening Standard.

It’s a fittingly remarkable story for what some might remark as the definitive Doctor. 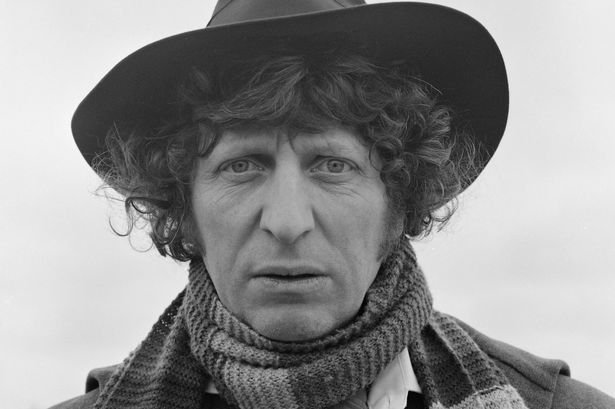 The circumstances that brought Tom Baker to pen his pleading missive start in 1966, where, studying at the Rose Bruford College of Speech and Drama in Siccup, Baker met and then married wealthy fellow student Anna Wheatcroft – the heiress to the Wheatcroft rose-growing business.

Despite having two sons from their union, Baker had married into what he describes in his autobiography Who On Earth is Tom Baker? as a loveless family and he soon abandoned the marriage that same year.

From there, he spent the next couple of years working in provincial rep theatre in ‘mostly flops or even disasters’, the kind of plays that ‘you would pay a small sum to be in it’ but, rather than impressing his fellow actors, who thought most of the disastrous productions started with his casting, Baker found he had an affinity with the audience, and naturally, he played up to them instead:

“They particularly liked it when I shook my head and disappeared in a shower of talcum powder. So you can guess what sort of a performance I gave: a real headshaker. When you can’t act, shake the talc. Many a performance has been saved by talc or a slipping toupee. I once did the talc and wore squeaky shoes.”

A performance as a dog called Clint in a pub revue for the 1968 York Festival, Late Night Lowther, caught the eye of a scout from the National Theatre. Auditioning for Sir Laurence Olivier, Baker took small parts and understudied at the National where, in a two-year stint, he appeared in Don Quixote (where he played the horse Rosinante), The Merchant of Venice (where Tom audition to play the part of a dwarf), and The Idiot to name a few.

From there television brought small parts between 1968 and 1970 including two episodes of Dixon of Dock Green, a role in Z-Cars and Softly, Softly.

It was Olivier who suggested that Baker make the leap to the big screen playing ‘mad monk’ Rasputin in Nicholas and Alexandra in 1971 (with The Valeyard himself Michael Jayston) – an early showcase for the kind of hypnotic magnetism that came to captive children the world over.

Further film work came in Pier Pasolini’s The Canterbury Tales in 1972, and, as his contract at the National Theatre came to an end, there were roles in several fantasy films in 1974 including Frankenstein: The True Story (where Tom was bumped from playing the Monster to playing a Sea Captain because he wasn’t handsome enough for the monster), The Mutations, and The Vault of Horror.

Another genre film that would play a great part in Tom landing the role of the Doctor was 1973’s The Golden Voyage of Sinbad – which features the fine work of legendary special effects artist Ray Harryhausen. It was the film that Script Editor Terrance Dicks and Producer Barry Letts found showing at a nearby cinema; captivated as they were by Baker’s performance as the villainous magician Prince Koura.

However, that was Tom’s future. For the moment, with three film projects stalling thanks to a lack of fund, Tom took on several jobs including language teacher and a cement mixer on the now infamous building site in Ebury Street.

It was during this time that Tom penned his letter. Addressing the missive to William Slater who had directed Baker in 1972’s BBC Play of the Month: The Millionairess opposite Downton Abbey’s Maggie Smith, and, who was just about to take up the post as BBC Head of Serials, Baker had timed his correspondence just right. 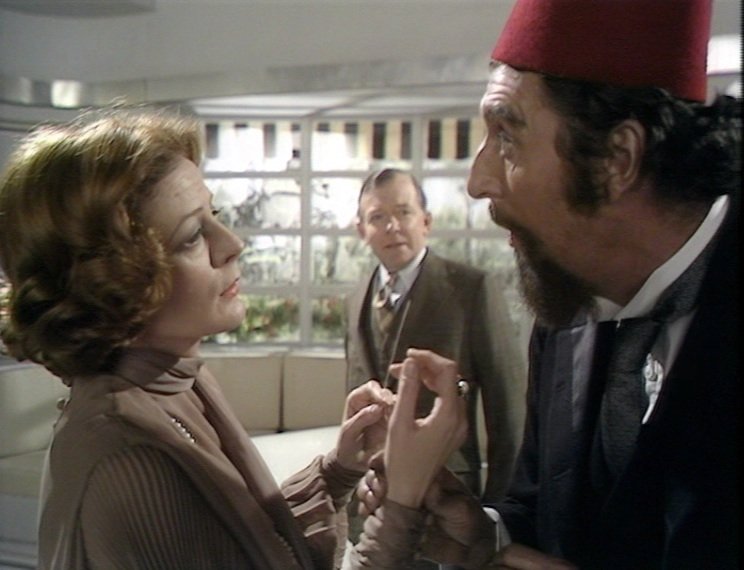 Slater was about to attended several meetings to discuss a new Doctor to replace the outgoing Jon Pertwee, and who found himself wondering after several fruitless attempts to cast the Doctor, if Barry Letts (who, in another coincidence, had insisted that Slater be in on these preliminary meetings as the incoming Head of Serials) would care to meet with Baker, the man whose ‘poor begging letter’ Slater and his wife had read the night before and with whom he was about to meet later that evening.

Somewhere in the middle of all these casting meetings, letters, and no doubt pained trips to the BBC bar, a plan was formed. Tom met with Slater and Letts and after being offered a beer he couldn’t bring himself to drink, he was told to come back tomorrow where he would hear the immortal words ‘Tom, we’d like you to be the next Doctor Who. What do you think?’

Things like this don’t usually happen. There was a catch.

Letts had decided that they would much rather sit on the news of Tom’s casting for another ten days.

“And then they all started nodding and smiling and off I went into the darkness of Wood Lane heavy with the great news that had to be kept secret. On the tube I kept wanting to nudge someone, anybody, and tell her the news. But I didn’t dare.” 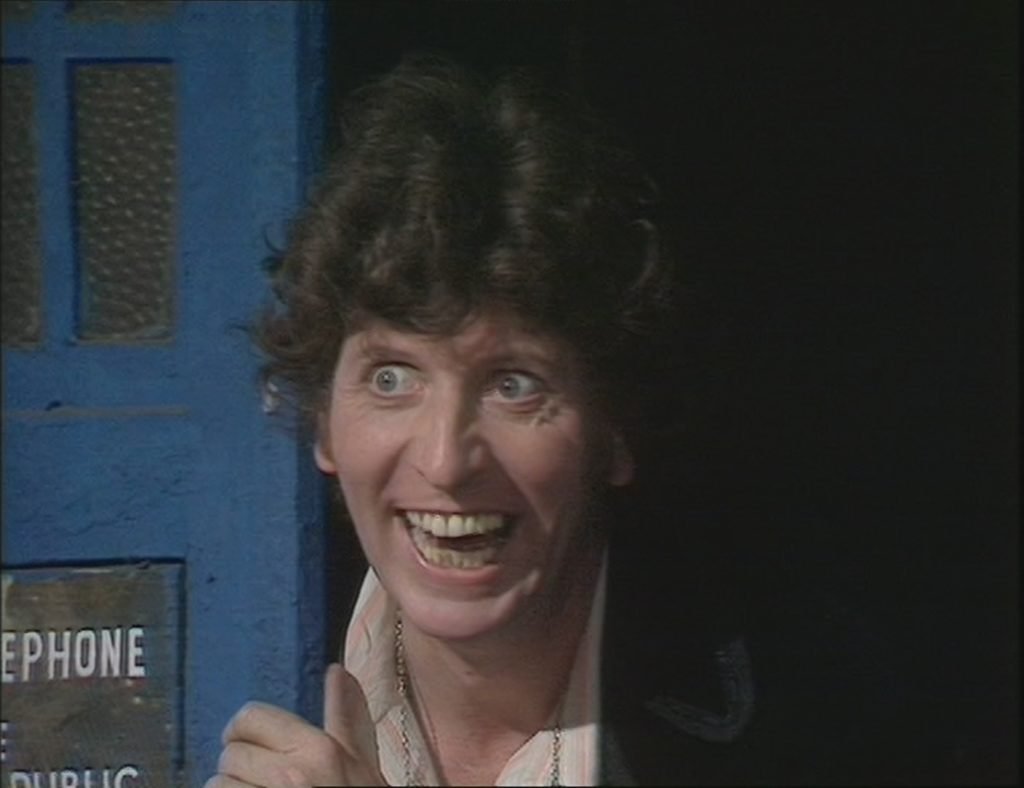 Sitting on the news that he had been promoted from general labourer to Time Lord, Tom bounced from day to day, working on the site where he’d been teased ‘Sir Laurence’ every time he’d asked for a half-day to attend an audition, or in the pub where he tried not to betray the good news that was written all over his face. The money came in and almost immediately went. The problem you see, according to Tom, was that once you had money, the poor simply disappeared. He was suddenly surrounded by people who were well off and thus he overspent to keep up. You wouldn’t begrudge him the odd extravagance.

The in-between days are a popular area of probing for journalists staring at the bewildered face of the new Doctor; nearly everybody mentions the burden of secrecy but few have such an unlikely story as that letter.

If we take Tom’s word as gospel – a phrase that I imagine would amuse and alarm him in equal portions – that he did send the letter to the BBC on a Monday in February in 1974, and, as history tells us, he was anointed to the role of the Doctor on the 15th February, that means, at the most, this whole whirlwind period from sending the letter to the announcement in a heaving BBC bar, in front of hundreds of journalists snapping thousands of pictures for papers such as the copy of the Evening Standard that found its way to the Ebury site – it was a wish of Tom’s that they would see the evening edition with his face on the cover before he could tell them – lasted just eleven days…it could even be less than a week.

Or to quote Tom:

Who on Earth is Tom Baker: An Autobiography is available to buy now from Amazon.

How Was Tom Baker Cast As The … 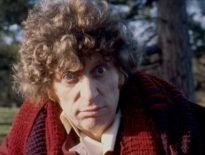 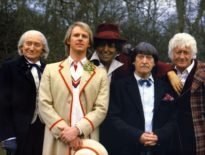 Features The Many Non-Appearances of Tom Baker
2