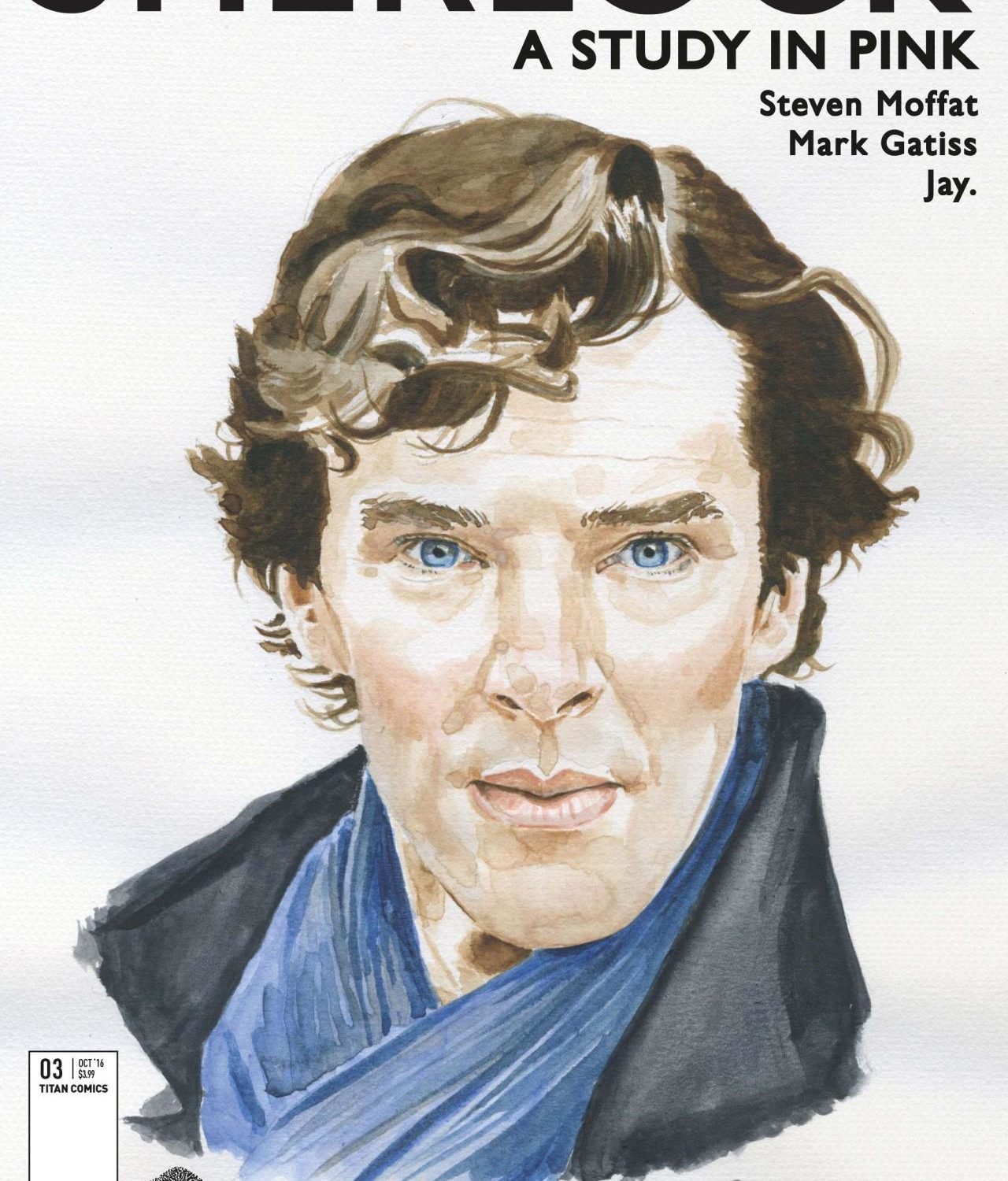 The real hero of Sherlock – A Study in Pink #3 is Dr John Watson. Despite a somewhat limited arsenal of dour facial expressions, Watson oscillates from quiet, thoughtful contemplation to a slightly fanboy-ish sense of incredulity – both at the mystery unfolding before him and his own admiration for Holmes – without really sliding into the cartoonish.

A lot of Watson’s reactions are punctuated by the framing or a roving exclamation mark – it’s a smart choice, allowing a very real Watson to share in our recollection of each of the episodes twists and turns as though we were reliving them all over again.  It also represents some of the best script to comic adaptation work; getting under the skin of what it means to Watson to associate himself with a character with such alarming baggage as Sherlock.

That choice made by Jay. stems from Steven Moffat and Mark Gatiss treating audiences to a very Holmesian piece of deduction. Injecting A Study in Pink with a brash, confident sensibility, Sherlock went to great, sometimes overbearing lengths to deconstruct Sherlock Holmes and Dr John Watson. 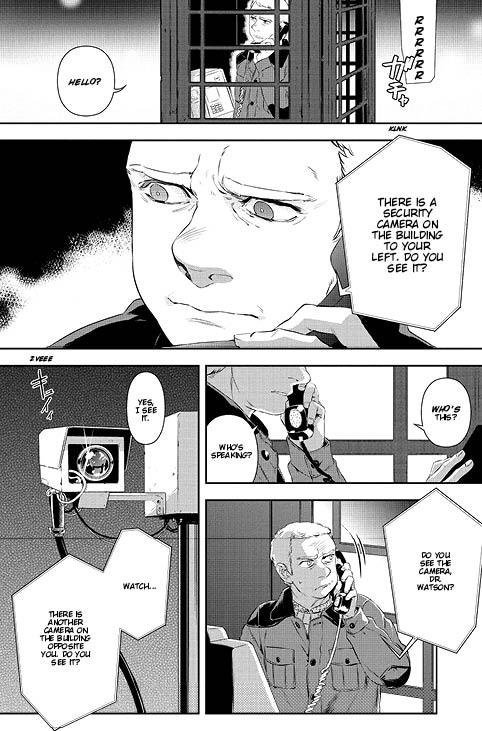 Ditching a lot of the baggage that comes with reinterpretation, Sherlock carefully pointed out what isn’t true about their adaptation of Holmes and Watson until we could finally see who they are.

Jay. adds flourishes to Benedict Cumberbatch’s spry physicality and intense contemplation – it speaks volumes for the confidence that Jay. has in his character work that he can let Sherlock dominate every frame he’s in and not lose that important connection between the two leads.

Again, that comes from Cumberbatch’s performance. Despite his declaration that he is a ‘high functioning sociopath’ Holmes cannot hide his admiration for his new flatmate – even if that admiration might just be relief at having found someone to give voice to his internal process.

We don’t quite get the same sense of darkness in Watson’s comic counterpart. His PTSD – write large in the previous issues with expansive, explosive panels – suffers from a lot of the same sins as it’s TV equivalent; it’s only later in the episode when Holmes exposes Watson’s figurative crutch, that we start to see that the good doctor himself is tinged in the same albeit cruder darkness that attracts Holmes to beat a corpse with a riding crop. That to acclimatise to the world away from the battlefield, he would fashion a physical pain for his mental anguish.  It’s here that the comic book Dr Watson, with his limited expressions, meets the limitations of this adaptation. 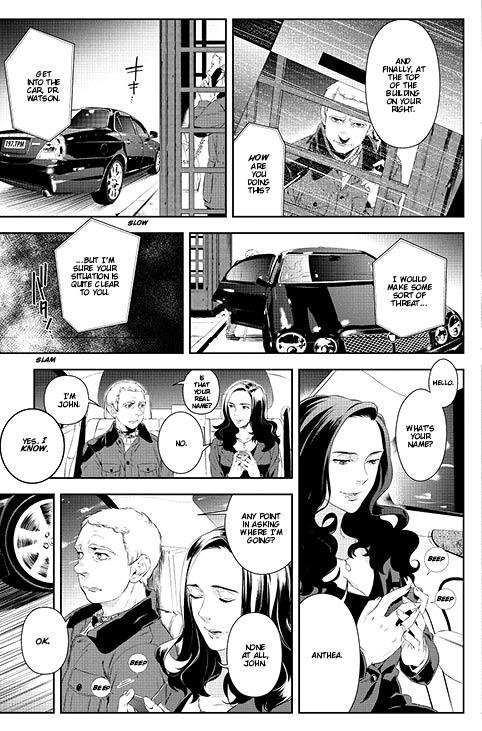 Oddly, the moment where the comic book exceeds the material is the chase through the streets of London. In the episode, the flashy cutting to and from signs proclaiming ‘one way’ and ‘no entry’ was far too on the nose to be truly effective – but it was a necessary failure. The episode needed to show that it can throw off the shackles of its source material and that sense of invention has and would steer the show into new and interesting avenues as the series went on.

Here, the chase is exhilarating, working far better as an exploration of their burgeoning friendship rather than the many causeways and dead ends of deduction.  It’s the one moment where the limits of the medium work in the comic books favour.

While the issue still suffers from over-familiarity with the source material, Titan Comics’ Sherlock – A Study in Pink #3 finds new, exciting ways to tell an old tale.

Titan Comics’ Sherlock – A Study in Pink #3 is available to buy now digitally now via Comixology. 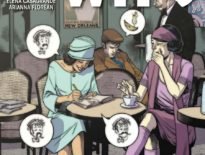 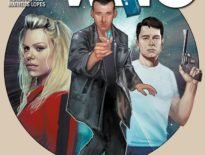