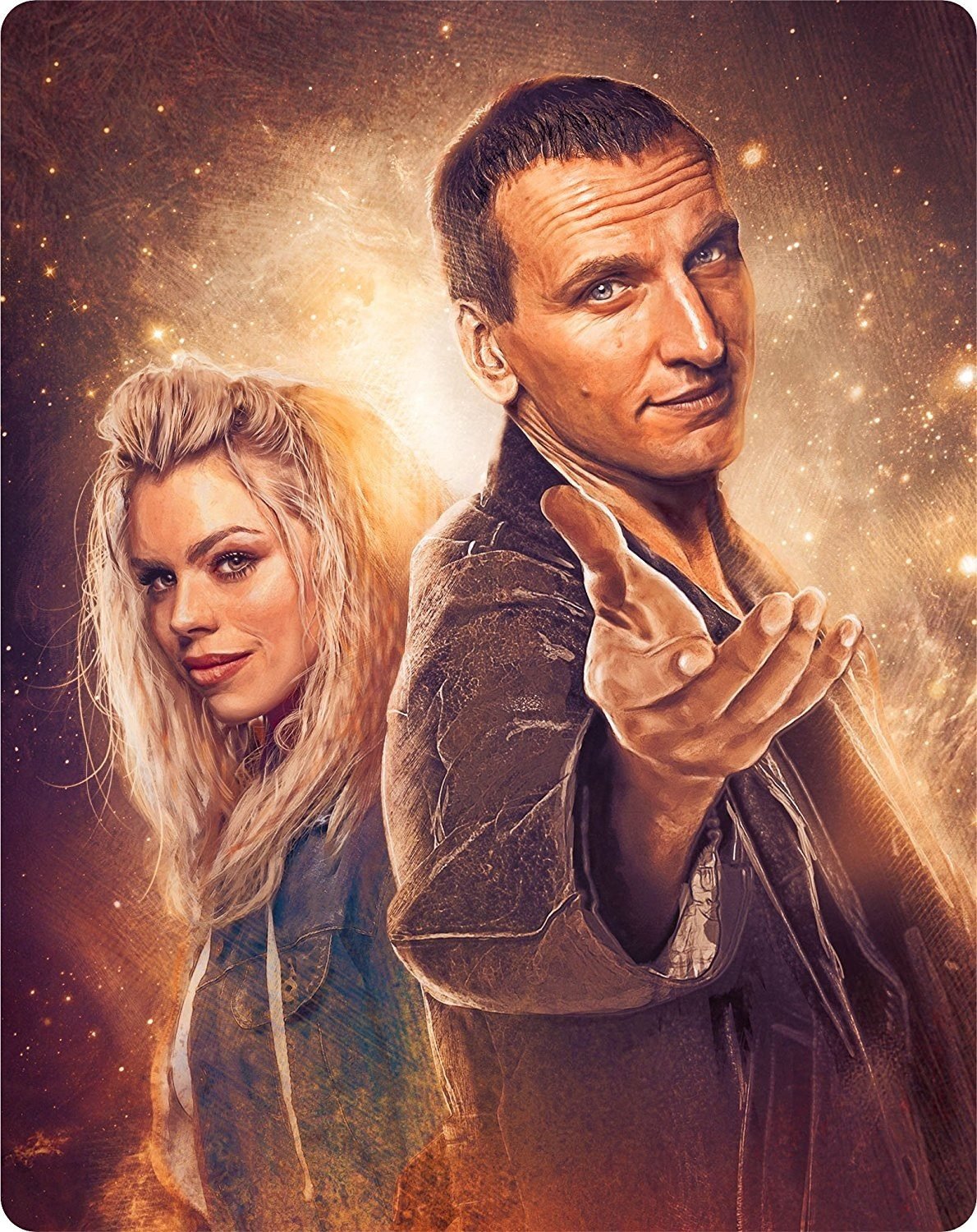 So soon after Valentine’s Day, and I’ve fallen in love. I guess it’s a good thing; sending a “choo-choo-choose you” card to an inanimate object might be considered strange in certain circles. Fortunately, you won’t think it weird because you’ll be enamoured with this upcoming Doctor Who Series 1 steelbook too.

Following on from the steely successes of Doctor Who Series 9, The Power of the Daleks, Spearhead from Space, and Sherlock Series 4, Amazon is releasing a new Blu-ray version of the 205 series. And it’s beautiful.

We have Lee Binding to thank for the gorgeous cover, which features Christopher Eccleston’s Ninth Doctor, Billie Piper’s Rose Tyler, a few Daleks, and the TARDIS, circa Aliens of London/World War Three, ie. sprayed with “Bad Wolf.” Naturally, the release, exclusive to Amazon, includes all episodes of Series 1, so that’s Rose, The End of the World, The Unquiet Dead, Aliens of London/World War Three, Dalek, The Long Game, Father’s Day, The Empty Child/ The Doctor Dances, Boom Town, Bad Wolf/ The Parting of the Ways – sadly, all the stories starring the Ninth Doctor (unless you count that clip from Parting of the Ways used in The Day of the Doctor). Here’s what to expect, as if you didn’t know:

Relive the acclaimed first series of Doctor Who with this limited edition Steelbook exclusive to Amazon.

Christopher Eccleston’s Doctor is wise and funny, cheeky and brave. An alien and a loner (it’s difficult keeping up with friends when your day job involves flitting through time and space), his detached logic gives him a vital edge when the world’s in danger. But when it comes to human relationships, he can be found wanting. That’s why he needs new assistant Rose. Rose is a shop-girl from the present day. From the moment they meet, the Doctor and Rose are soulmates. They understand and complement each other. As they travel together through time, encountering new adversaries, the Doctor shows her things beyond imagination. She starts out as an innocent, unfettered by worldly concerns. But she ends up an adventurer who, by the end of the series, can never go home again…

The upcoming title is currently the best-selling steelbook on Amazon UK – unsurprisingly, as the pre-order price (initially £34.99) dropped to £24.99 (with free p&p); anyone who pre-orders is guaranteed the lowest price between the time of purchase and its March release date.

(Just the other day I was looking to upgrade my DVDs to Blu-ray, so this is perfect!)

The only grievance you might have is that these are upscaled. Then again, as the first Doctor Who to be filmed in HD is Planet the Dead, that’s bound to happen. If this is successful, here’s hoping further series will be released in similar format… Hmm, actually, another issue you might find is why we’ve only got the Doctor Who Confidential Cutdown versions again. Can’t we finally see them in full again? Please?!

So what do you think? Are you going to pre-order? Or wait and hope the price drops after release (it’s unlikely, but you never know)?

Check Out This Beautiful Docto… 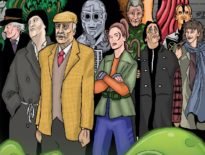 Merchandise Out Now: Downtime – The Lost Years of Doctor Who… 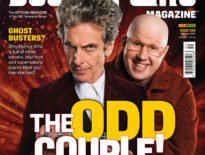 Merchandise Out Now: Doctor Who Magazine #509
0