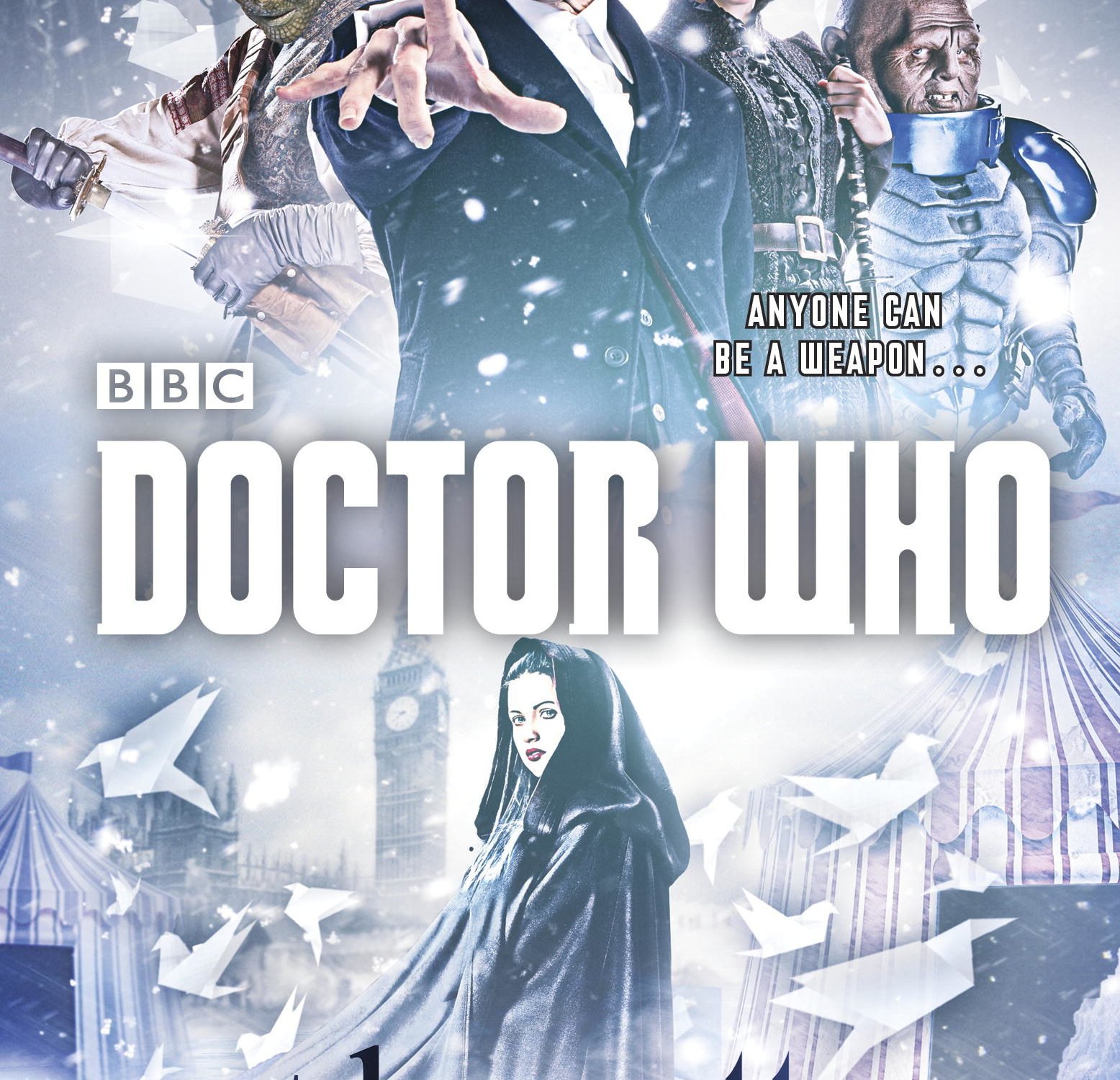 It’s smog, snow, and Victorian-a-go-go in this mystery caper with some familiar on-screen comrades for the Twelfth Doctor and Clara…

A confession. I have largely avoided the BBC Doctor Who novel range since the show’s return in 2005. That takes some doing as a lot of admired and previously enjoyed authors have written for them. I think my inner child – he is, admittedly, a bit precocious – objects to the chunky hardback covers and publicity-shot artwork. So he’s been sat down and told to get over himself as I sampled Justin Richards’s novel, Silhouette, featuring Jenna Coleman’s Clara and Peter Capaldi’s Doctor…

The Victorian setting is one that Richards is very at home in. Some of his best Who-related work is on the Jago & Litefoot audio spin-off from Big Finish – well worth a look, as is 1977’s The Talons of Weng-Chiang which they’re based on if you’ve not had the pleasure. In fact, get hold of it IMMEDIATELY if you’ve not…

The novel features the Paternoster gang of Madame Vastra in her guise of the Great Detective, Jenny, her ninja-wife, and Strax, the gender-blind Sontaran obsessed with war. There’ve been a series of murders in a Wintry London and the Doctor and pals are on the case. Richards is evidently familiar and fond of how popular culture has packaged the Dickensian image of that setting and doesn’t hold back. The novel is peppered with descriptions and references that are cosily familiar and helpfully evocative, both of 19th Century London and how Doctor Who fits in to this genre. 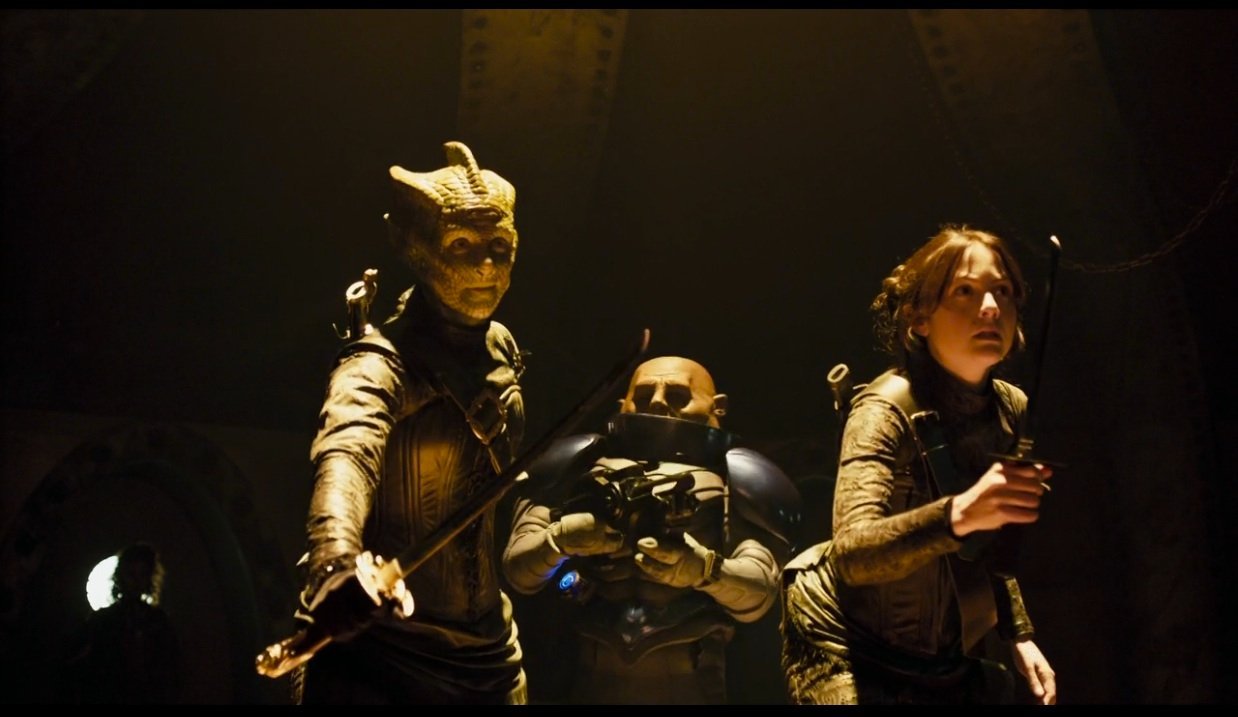 And Richards carries it off very well – he doesn’t really overdo it and the pacing is good with just enough time allotted to each of the five main characters to hold your interest and keep things moving. While not quite an Agatha Christie, there are enough twists and mini-twists that you don’t guess what’s around every corner. It feels rather Classic in its structure and MO… almost an homage to the original series. Indeed a very direct homage does make an appearance. This is NewWho through the eyes of a very long-term fan.

One thing he does particularly well is capturing the characters and relationships between the various characters. The Doctor and Clara’s dialogue is remarkably true to their on-screen performance, though odd snippets do veer towards all-out repetition. The acerbic teasing from the Doctor and Clara’s zesty come-backs are all there – and as this is set during Series 8, it’s even with that uncomfortable uncertainty over whether Capaldi’s Doctor is joking or not.

The Paternoster gang are equally well handled. The relationships and verbal quirks are all competently recreated though Richards does shy away from the more lustful side of Vastra and Jenny’s relationship. Of course many fans might find that a relief as some felt it got a bit over-done. But if you didn’t know, you might fail to realise they’re a couple from the way they’re represented in Silhouette.

Strax is used for the same comic relief as in his on-screen appearances and stays just the right side of camp (depending where you draw the line) to not distract from the story. There are some delightful moments:

‘A clipper-class scout ship,’ Strax said. ‘Agile but with little protective armament and woefully inadequate countermeasures.’
‘Quod erat demonstrandum,’ the Doctor agreed.
Strax frowned. ‘Not a system I am familiar with.’

The antagonist(s) and their motives are kept suitably unexplained for a good two thirds of the story and are fairly standard Doctor Who fare. Some familiar names appear from the NewWho cannon to lend a bit of scale and context, but don’t detract from the adventure at hand. In fact, that is one of my chief complaints – while it’s all very competent, there’s not much new ground broken here. There’s something a little unchallenging about Silhouette though it’s still a very pleasant read. And not all Who can be the odd-ball. 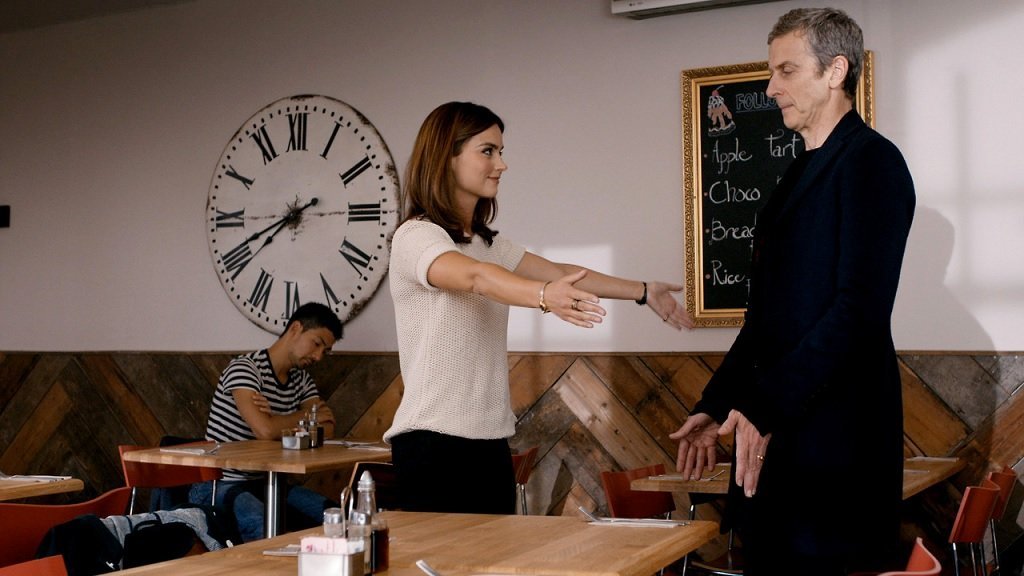 A lot of whether you’ll enjoy this will hang on how you feel about the Paternoster Gang and how traditional you like your Who. It’s cosy, comfy, and written by someone who knows the show inside out. It’s probably fair to say that you need to have some prior knowledge of the characters to fully enjoy it – though I’m sure a curious pre-teen will pick up a dog-eared copy later this century and be so intrigued they’ll dig out some laser-cubes of the old 2D Doctor Who series from 2014…

Another slight quibble is the mechanics of the threat towards the end of the book. I’m afraid it relies on science-fantasy around emotions that will irk if you prefer your sci-fi to include a bit of explanation. It might also not be to your tastes if you’re among those fans who have found love-saves-the-day a bit overdone in recent years. But don’t worry, it’s not Closing Time. If, however, you’re more into the set-pieces, imagery, and paraphernalia of Doctor Who adventure, this’ll be right up your street.

So. Perfectly enjoyable if a bit standard. A competent re-creation of Clara and the Doctor’s relationship and the Paternoster Gang if that’s your sort of thing. It’s not boring and it’s not complicated. Feels a bit Christmassy and almost a bit like Classic Who. With Peter Capaldi’s last series as the Doctor just around the corner, this is a good time to start (or revisit) his novel adventures. It’s a sound offering from the Doctor Who novel range’s Creative Consultant that’s very much within his literary comfort zone. If this is ticking your boxes, it’s certainly worth a look! 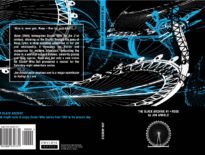 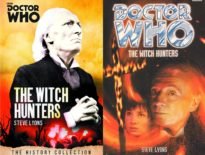