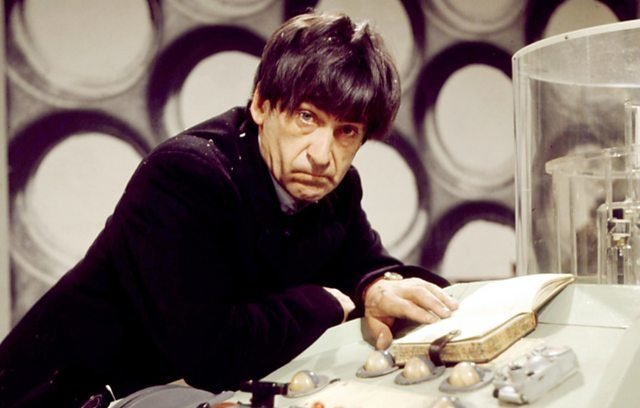 I thought this was going to be difficult. “Can you write about a year in Doctor Who?” Phil said. Only we’ve not really had any Doctor Who, have we? Oh, there are bits here and there – special episodes, cameos, cast changes. That’s not the same as having a big fat juicy series to get your teeth into.

But then you look back over the past twelve months and you see it. Blam! Capaldi’s leaving. Blam! Matt Lucas is coming back. Blam! John Barrowman’s bitching about “certain people” blocking the return of Torchwood. Not to mention, of course, the 2016 celebrity deaths tribute montage, which was the length of the last Hobbit film.

“It’d be about all the big news and events from the DWC’s first year, rounded up,” said Phil. “I mean, it’s up to you the way you want to do it exactly.” In the Whoniverse: It’s all quiet on the western front, except the BAFTA nominations are in. Michelle Gomez gets one for Best Supporting Actress, but Peter Capaldi misses out. The Big Zygon Speech may have stopped a war, but it didn’t bag an award.

Slightly less newsworthy but no less important: The Doctor Who Companion is launched. Its inaugural article is, appropriately enough, a re-appraisal of the very first episode of the revived series, the eponymous Rose. Fan-tas-tic.

Outside the Whoniverse: Doctors and tube drivers strike. Storm Katie rips through the UK. And Cambridge win the boat race.

In the Whoniverse: The cast list for Class – the spin-off nobody asked for and few people watched, despite its brilliance – finally hits the web. But the big news for this month is the unveiling of new companion Bill (Pearl Mackie). Bill – whom, we are reliably informed, hails from the present day, even if her fashion sense does not – shows up in a pre-recorded segment broadcast halfway through a football match, pointing out the flaws in Dalek anatomy and wearing a Prince T-shirt, two days after his death. This is supposedly a coincidence, but it’s a show about time travel. Anyone’s guess.

Outside the Whoniverse: Thousands protest against austerity in Central London. The Queen celebrates her ninetieth birthday. And the release of the Panama Papers exposes tax-dodging habits of the rich and famous, including a certain Prime Minister. 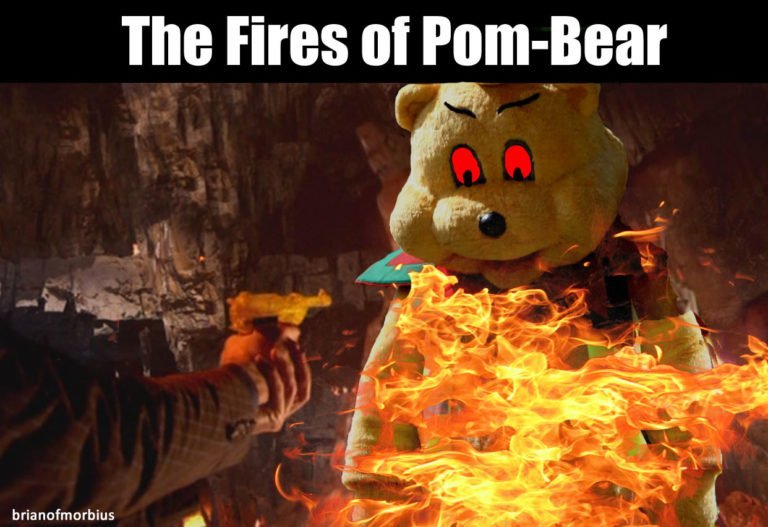 In the Whoniverse: The Tenth Doctor makes a belated but welcome return to the TARDIS in the company of Donna Noble, in the first of what we hope will be a great many audio adventures recorded for Big Finish. In interviews, David Tennant and Catherine Tate enthuse about their love of spoken word – which they prefer to being on camera as you don’t need to learn the script. It’s like they’ve never been away.

Outside the Whoniverse: Sadiq Khan is sworn in as Mayor of London. Parents remove their children from classes in a one-day strike over tests for seven-year-olds. And Leicester City win the Premier League, meaning Gary Lineker has to make good on that promise to host Match of the Day in his pants. 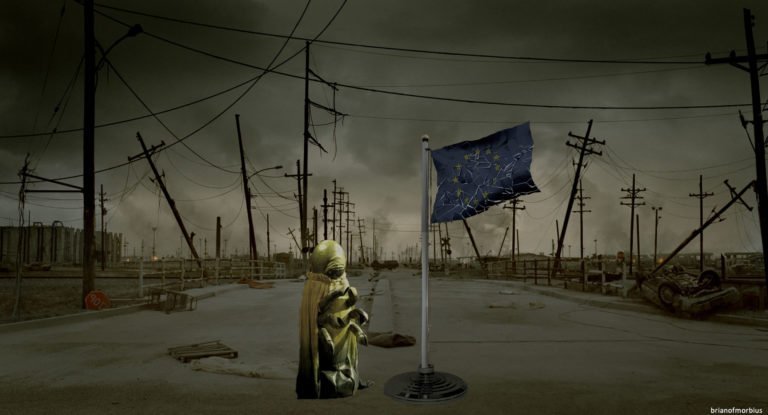 In the Whoniverse: Filming for Series 10 begins in earnest. To the horror of Little Britain haters (that’ll be Guardian readers, then) Matt Lucas is back. And Smith and Tennant would like to be. But they’re not. Get used to it, fangirls. (Was that really necessary? – Ed.)

Outside the Whoniverse: Brexit. Let’s just not talk about it.

In the Whoniverse: It’s a quiet month. But a former Doctor becomes an actual Doctor, as Tenth Doctor David Tennant receives an honorary Doctorate from the Royal Conservatoire of Scotland (and I got four ‘Doctors’ in the same sentence, so I win that bet with Andy). Elsewhere, it’s revealed that the distinctive, resonant tones of Tom Baker (Dungeons and Dragons, The Magic Roundabout) will shortly be heard in the upcoming Star Wars: Rebels series. And in an uncanny bit of foreshadowing, Phil Bates speculates whether a selfie taken by Fady Elsayed means that the Weeping Angels will be appearing in Class, and then concludes that this is probably a simple coincidence. (Snarky – Ed.)

Outside the Whoniverse: In the wake of David Cameron’s resignation, Theresa May becomes the next British Prime Minister. Nigel Farage resigns from UKIP, but only for a bit. And Lewis Hamilton wins his fourth Grand Prix. In the Whoniverse: Poirot steps into the TARDIS, and Amy Pond is off to the jungle – Karen Gillan is joining the cast of Jumanji, and news breaks that David Suchet is set to appear in Series 10 playing the sinister Landlord. “My character has a hold over the Doctor that will sadden, surprise and terrify you, in that order,” Suchet explains. “He refuses to fix the fault locator on the console, he’s forever changing the TARDIS locks, and he’s prone to snap inspections – although they take months as the ship is so enormous.”

Elsewhere, we report that Peter Capaldi will probably be staying for Series 11. So we’re the ones wot killed it. (This is at best irresponsible and at worst borderline libellous. See me – Ed.)

Outside the Whoniverse: The Night Tube launches in London. And the 2016 Olympic Games take place in Rio de Janeiro, with the UK bagging 27 golds. 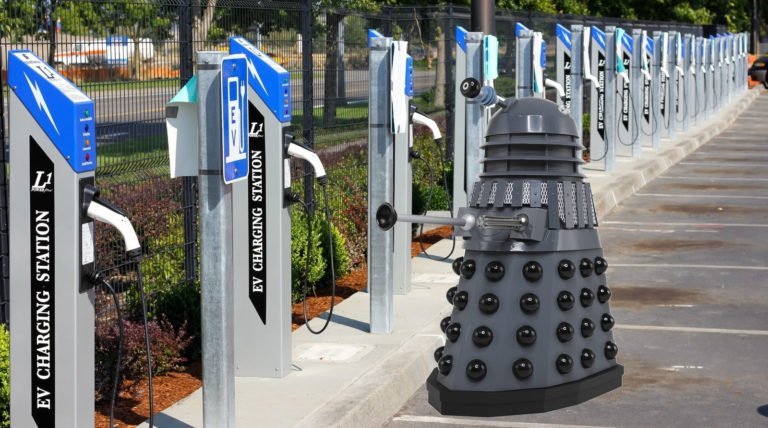 In the Whoniverse: Oh my giddy aunt! It’s Power of the Daleks. Well, not exactly, because it’s still missing. But the BBC won’t let a simple thing like timelocked vaults in heavily guarded Nigerian military compounds stop them from milking the fiftieth anniversary (and its limitless merchandising opportunities) to saturation point. Under the careful direction of Charles Norton, BBC Worldwide have produced a special animated version of one of the most famous missing stories of the lot, set to debut fifty years to the minute after the original broadcast. As well as the inevitable digital download, a DVD and Blu-Ray are also planned, along with special screenings, costume parties and a limited edition 7″ single featuring the Daleks bellowing “I AM YOUR SER-VANT” over breakbeats from Moby. (I can’t find this on Ebay. Link? – Ed.)

Outside the Whoniverse: Following an unsuccessful leadership challenge, Jeremy Corbyn is re-elected leader of the Labour Party. The new £5 note enters circulation. And the BBC announce that The Great British Bake Off is to move to Channel 4, causing much wailing and gnashing of teeth. In the Whoniverse: It’s all about that Class, ’bout that Class, no trouble: the much-anticipated spin-off debuts in an orgy of blood, violence and teenage angst. Episode one features a cameo appearance from Peter Capaldi, who reportedly wanted his first line to be “Hello. Is it me you’re looking for?”, although this request was turned down by Patrick Ness. Elsewhere, news emerges of a brand new series of Doctor Who-themed Mr. Men books from Adam Hargreaves, initially concentrating on just four of the Doctors but with follow-ups planned for ‘Dr. Mop-head’, ‘Dr. Vegetable’ and ‘Dr. Garish’. (Are you sure this is right? – Ed.)

Outside the Whoniverse: Diane James resigns as UKIP leader after a mammoth eighteen days. Would-be successor Steven Woolfe is excluded from the running when he fails to submit his form on time. In the Whoniverse: News emerges that the Doctor Who Experience is set to close in 2017, leading to a flurry of protests and petitions from people who haven’t yet visited it, but hope to, one day, when they can be bothered, so please don’t close it yet. Power of the Daleks is released. And this year’s Children in Need showcases three minutes from upcoming Christmas special, The Return of Doctor Mysterio. The internet asks: what did the Doctor do with his sushi? Did he give it to a passing cat? Why would there be a cat in an office building, unless it was a disguised alien? Or a devolved cat nun? I think we should be told. 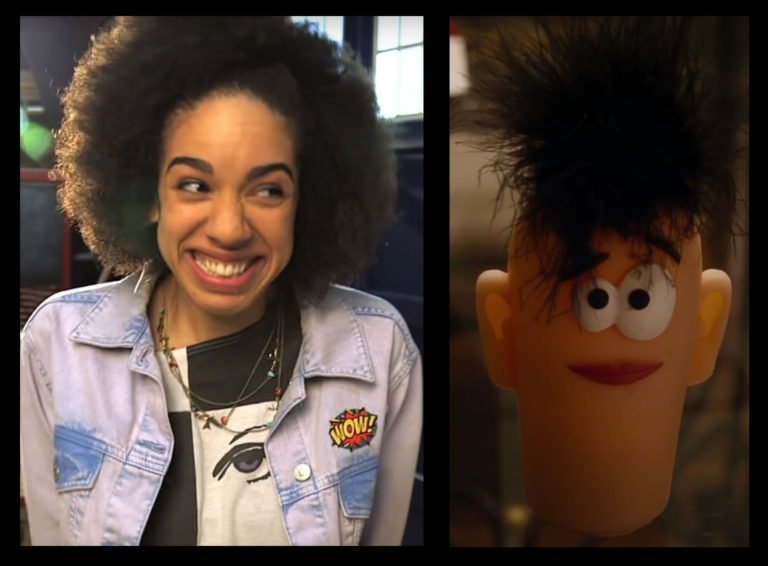 In the Whoniverse: Class finishes, not with a bang but with a whimper (at least as far as ratings are concerned). The much-anticipated Christmas special finally lands, to generally favourable reviews, although we still haven’t managed to answer the sushi question and NOBODY SEEMS TO CARE ABOUT IT EXCEPT ME. The episode concludes with a trailer for Series 10, featuring a host of monsters and a lot more of Bill, who serves chips. Innit, geezer? (This is cultural appropriation – Ed.)

Outside the Whoniverse: Southern Rail train drivers strike for two days. And Yahoo announce details of another hack; few are surprised. In the Whoniverse: After facing alien eggs, dark wizards, psychotic circus owners and treasure-seeking communists, the legend that is John Hurt finally succumbs to that dragon, cancer. Tributes flood in. At the end of the month, Peter Capaldi announces that he will step down from Doctor Who at some point in 2017 – the specifics, like the fate of the clockwork robot in his very first episode, shrouded in secrecy. Did he jump, or was he pushed?

Outside the Whoniverse: In Northern Ireland, Martin McGuinness resigns as Deputy First Minister. Donald Trump is sworn in as President and signs as many executive orders faster than they can churn them out. And Jamie Oliver announces the loss of 42 restaurants, which is frankly careless. In the Whoniverse: The fallout from Peter Capaldi’s impending departure begins in earnest, with Tilda Swinton and Danny Dyer among the early contenders, prompting a flood of complaints from impassioned fans who swear that they WILL NOT WATCH THE SHOW IF THERE IS A FEMALE DOCTOR (which, as everybody knows, is a completely empty threat). One would think that the attention-grabbing headline-generating techniques employed by tabloids ought to be criminally obvious to anyone with a lick of sense, but they seem to have bypassed the bulk of the populace, most of whom apparently don’t have two brain cells to rub togeth- (That’s enough – Ed.)

Outside the Whoniverse: Storm Doris sweeps in where it’s not wanted, causes general havoc and then sweeps out again. No, sorry, that’s Storm Boris. In the Whoniverse: Chris Chibnall, future showrunner, pleads for a bit of decorum as he insists that “Nothing has been decided yet“, BBC speak for “We’re just negotiating the retainer”. The producers manage to calm the storm with a press release announcing the return of the Mondasian Cybermen from The Tenth Planet. It is unknown whether they will still sound like an upper class Speak-and-Spell or whether Nick “I do everything, me” Briggs will give them the same voice he uses for everything else.

Also: The Doctor Who Companion has a birthday. Although nobody really cares. (You’re fired – Ed.)

Outside the Whoniverse: Celebrity blogger Jack Monroe wins her libel case against Katie Hopkins. And Theresa May gets the go-ahead to trigger Brexit. 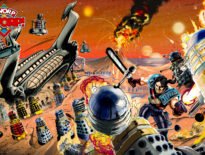 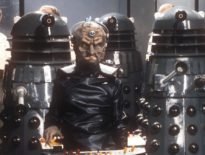