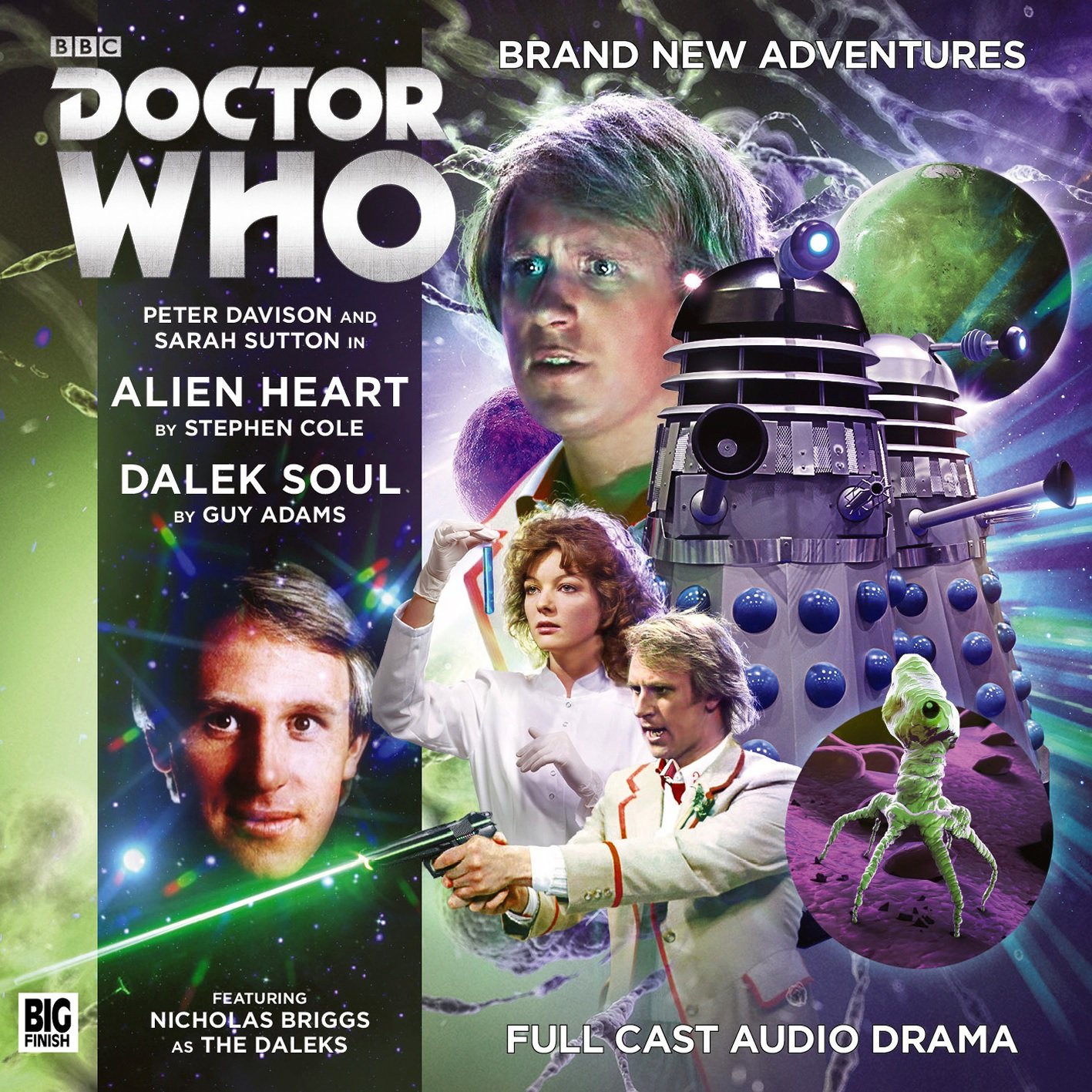 One of the great things about Big Finish is its capacity for change. To adapt and experiment, sometimes in ways even Doctor Who on TV can’t. Such experimentation is evident from this month’s Main Range story, Alien Heart/ Dalek Soul.

This is the first of a trilogy of releases, presenting two two-parters each across three months. Alien Heart/ Dalek Soul stars Peter Davison’s Fifth Doctor alongside Sarah Sutton as Nyssa – with Nick Briggs returning as the voice of the Daleks. Here’s the synopses:

In the TARDIS, the Doctor and Nyssa stumble across a trail of ten destroyed worlds, all of them obliterated by means of some utterly monstrous but utterly unknown device. The planet Traxana would seem to be next in line to suffer the same fate. But when the TARDIS lands on an outpost on Traxana’s moon, Nyssa is carried away by a tide of giant green arachnoids, leaving the Doctor behind…

And the coming menace is closer than he thinks.

On the Dalek-occupied world of Mojox, a group of rebels is engaged in a futile fightback against the invaders – but at last they’ve found an ally, in the form of the mysterious Doctor. Elsewhere, however, the Daleks’ Chief Virologist is seeking to perfect a biological weapon to wipe out the Mojoxalli, once and for all.

Her name… is Nyssa.

“I grew up with the Fifth Doctor and Nyssa, lovely friends on cold weekday nights… The biggest challenge was probably the Daleks. Daleks are strange things to write for really because they’re the brick wall you smash characters against. Writing for Daleks is like writing for bad weather, giving dialogue to a devastating storm.” 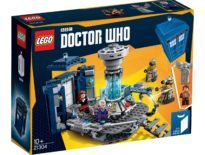 Merchandise The Doctor Who LEGO Set is Retired: What Does This… 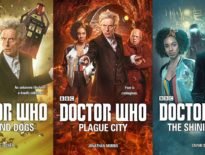