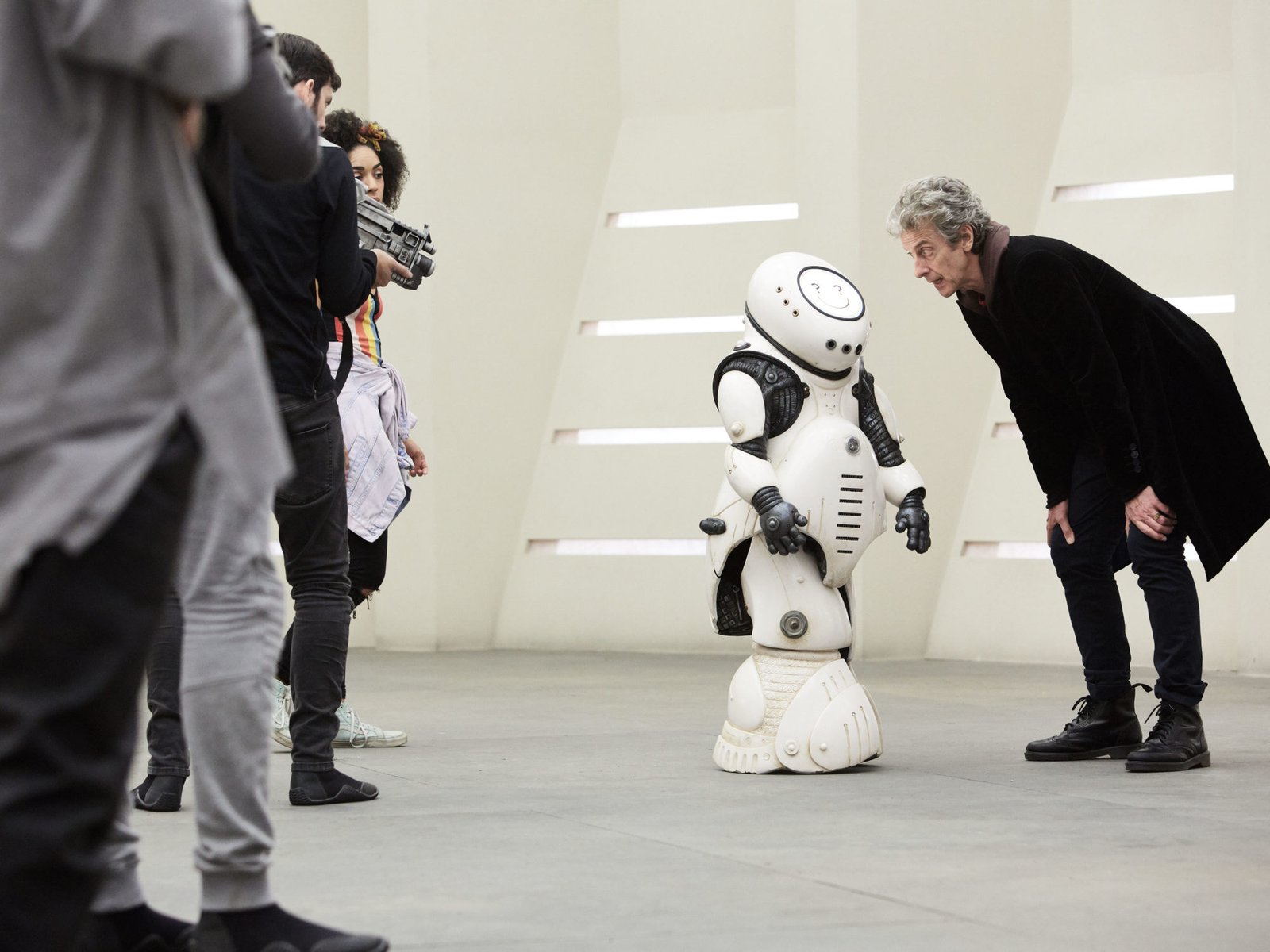 Frank Cottrell Boyce (FCB from now on, TLA fans) is a controversial choice for a returning writer. His last effort, In The 🌳🌳🌳 Of The 🌃, split fandom right down the middle. Some thought 😠 while others were more 😰. Me? I quite liked it 😐. But then I quite like marmite, so what do I know…?

One of the key criticisms of 🌳🌳🌳 was that it wasn’t very scientifically accurate. Unlike all those other Doctor Who stories, which are literally assembled from pure science bricks. I mean, cut through the middle of, say, Horror of Fang Rock or Evil of the Daleks and it will have ‘made with unquestionable science’ written all the way through. (That or ‘may contain smoke, mirrors, and tommyrot’.)

So it’s 😕 that the MSC Moffat himself who wouldn’t, you know, have the Doctor park the TARDIS on a ☁️ or feature a magical wooden 👑 in his stories, defended the episode saying he’d ‘checked with the scientists’. By that, he clearly meant he consulted ‘The Scientists’, the influential post-punk band from Perth 🇦🇺. Who presumably replied, ‘Yeah, man, 🌳🌳🌳 take over. Rock’n’roll 🎸.’

But before he started to ✍️ 😄, Moffat tells us in DWM, that FCB ‘asked scientists’ what they were 😨 about. And it’s not normal things that keep this homogeneous mass of scientists 😨, like Brexit, Trump, and UNIT dating. No. They’re 😨 about 🤖🤖🤖! Which clearly means FCB mistook ‘scientists’ for my five-year-old son. So I’m glad he didn’t ask him last Thursday or we’d have a Doctor Who story where the fearsome enemy is a very small splinter that gets stuck in your 🖐️. (Yes, that’s a story pitch, Chibnall. And don’t scoff, it’s slightly better that Cyberwoman.) I’ve said that FCB is a ‘controversial choice’ but that’s really only true in the 😵 fan circles where we all live (you are reading a review of a Doctor Who story on a Doctor Who fan website written by another Doctor Who fan – embrace your inner 😵). Any sane person who has heard of his work knows FCB is a brilliant writer, lauded for his scripts for 24 Hour Party People, Millions, and the 2012 Olympics opening ceremony (and also the fact that he’s not to blame for the 2012 Olympics closing ceremony). So expectations are higher than you think, 😵.

When we left our heroes last Saturday, Bill Potts and Doctor What had just stepped into the TARDIS to embark on new adventures in 🌌 and 🕰️. And the next story, 😄, promised a glimpse a clean, shiny utopia in a far flung future…

Last week’s opener gave an almost unqualified 👍: a fresh start, a more straightforward approach and curbing some of the Moffatt excesses of recent years. And similar acclaim was granted to our new 👁️ into the world of the Doctor, Bill. So the key goal of this next episode is to develop that 👫 and see how Bill reacts to the Time Lord’s way of life. This, as well as to give us a good adventure along the way.

And the first part is accomplished well; we get time to see the pair bond, banter, and face challenges together. A good choice to ditch Nardole at the outset: we want to see and experience the duo’s dynamic, which is afforded a good chunk of screen time – it’s almost a two-hander at times. The pair work brilliantly; they are more intriguingly mis-matched and definitely less smug than Twelfth Doctor and Clara. Bill (and Pearl) are naturally 🤣 without being forced, and thankfully her ‘ask the stupid questions’ overload from the Friend from the Future minisode have been reduced to acceptable (even 😉) levels.

And what a novelty it is to find the Doctor and his companion arriving in a 🌐 and forced to tease out and investigate the 🤔 without the Doctor knowing the backstory from the outset, or a 👨/🖥️ giving an info-dump to get them up-to-speed. In that way, it harked back to the slow-burn of a Harnell opening episode.

While this change of pace could be a challenge for contemporary viewers, the episode makes up for lack of incident and 👨👩👨👩 by intriguing visuals and a genuine mystery to solve. And for me, the revelation at the end, that the Doctor had failed to recognise the Vardy as an emerging lifeform is the key to the 🤔.

Before the episode aired, the main thing we knew was that the Doctor and Bill encounter 🤖🤖🤖 that communicate through emoji – which makes it sound like a high-concept, zeitgeisty novelty story. But FCB is not trying to get ‘down with the 🚸’, he’s exploring what happens when complex human emotions are expressed through a static series of simple pictures. And how a primitive, logical life form would respond to those pictures.

As we increasingly live our lives online through social media, we are grappling to authentically express emotional responses in an unemotional visual, sound, and text-based medium. Which is why ‘grief’ is the most confusing emotion to a mechanical creature. The 😢 we feel because of the loss of a loved one is a complex process, and it’s not the same as being ‘unhappy’. But it looks the same when simplified to two eyes and a mouth in a yellow circle. Of course, we all want to be 😁. But it’s right to grieve; to express mourning is what elevates us above machines. We are ephemeral and it hurts. But try explaining that to a mass of unemotional, task-driven 🤖🤖🤖, who don’t feel pain and who are charged with keeping us humans smiling…

My one criticism (as with 🌳🌳🌳) is that 😄 lacked jeopardy, and thus it felt safe. Which is strange considering our heroes landed in a place where everyone else who had set foot there (bar one) had been massacred. But what FCB brings is a big RTD-style 💛 to Doctor Who in a way that Moffat sometimes struggles to do. So, if Boyce is welcomed back to write again, I hope he injects some 😰 into his poetic and thoughtful writing.

You may fall for the charms of this episode, or it might just 🤗 you to death. We can’t all be ambivalent about marmite. There is one more thing: it’s been emojinal… 😍 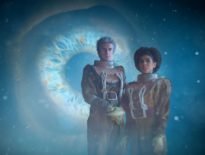 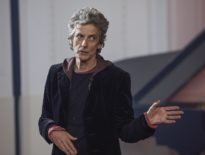 Doctor Who on TV Reviewed Reviewed: The Pilot
11