Cast your minds back to January. It’s Donald Trump’s inauguration, and the White House is getting hot under the collar about the way the press are covering it. The ceremony, it seems, isn’t quite as well-attended as Sean Spicer would have us believe: he’s telling us it’s a City of Death; it’s actually more of a Woman Who Lived. But that’s fine, says Kellyanne Conway. Sean’s not lying about the numbers; he’s just giving ‘alternative facts’.

Within days, I’m on the wire to Phil. “Remember that ‘ridiculous untruths’ collaboration I mentioned a while back?” I tell him. “We really ought to do it now. And call it ‘alternative facts’. It’s never been more topical.” Phil agrees. But this is The Doctor Who Companion, not Salon – we don’t follow trends, we set them. So we agree to sit on it until Trump publishes his tax return, but after three and a half months, Phil gets tired of waiting. “Do it now,” he says. “By the raging fury of the sky demon, do it now, or I shall crush you molecule by molecule.” At least I think that’s what he said. It may have been ‘proton by proton’.

I asked the DWC staff to help me with this one, and they delivered in spades: everything you’re about to read is from them. There are so many we’ve decided to spread them out over three articles. Their contributions vary from biting social commentary to acidic in-jokes – all are good, and some of them made me laugh out loud. With a couple of worthy exceptions we’ve avoided politics, but this is an unavoidably political joke, so I’ve interspersed them with apocryphal quotes from a certain business tycoon turned POTUS, accompanied by appropriate images from Doctor Who. Because why not?

Here we go, then. Hold your breath. 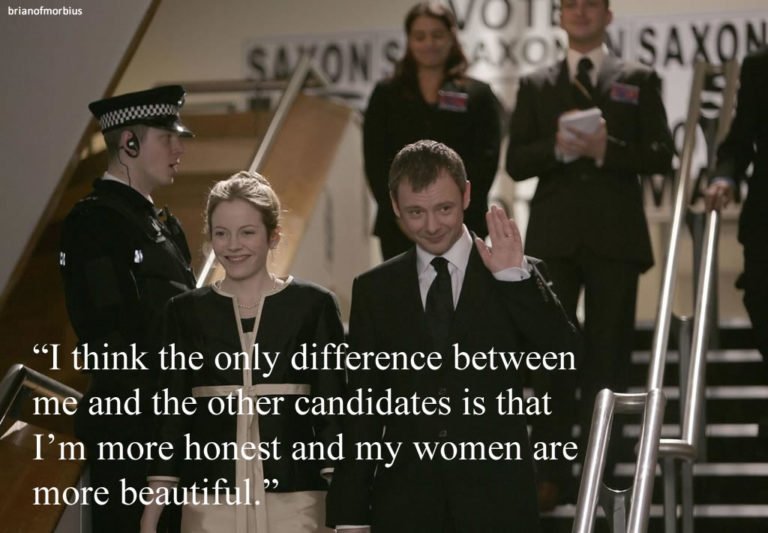 1. In an infamous exchange of telegrams in 1967, William Hartnell taunted his replacement Patrick Troughton for the poor ratings of Evil of the Daleks (which mustered just 6.4 million, in comparison to 11.9 for The Dalek Invasion of Earth). ‘Wow, the ratings are in -(STOP-) And Pat Troughton got ‘swamped (or destroyed) by comparison to the ratings machine, WHH. -(STOP)-,’ wrote Billy. In reply, Troughton wrote that he wished Hartnell ‘all the best’ as a ‘legitimate actor’ in Puss in Boots.

2. Doctor Who was nearly sold to ITV in 1969 with Norman Wisdom taking the role of the Doctor.

3. The Tenth Doctor is known for swapping between the brown striped suit and the sharp blue suit. David Tennant actually wanted the other suit to be the same colour as Jim Carrey’s suit in The Mask.

4. Murray Gold composes all his scores while striding naked around Glastonbury Tor. 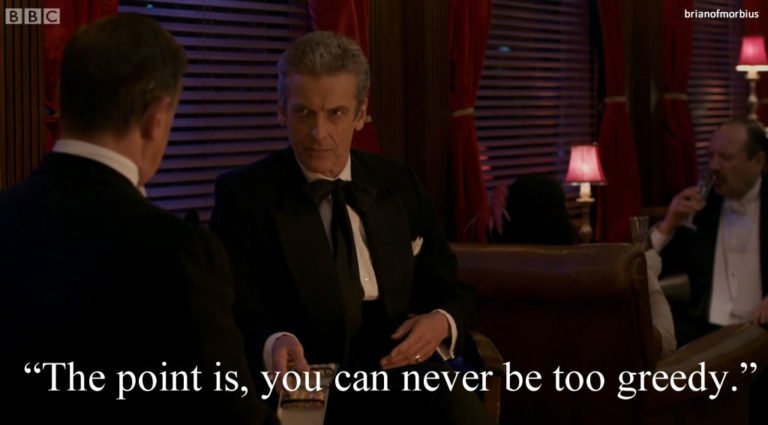 7. Sylvester McCoy isn’t allowed on any rides at Alton Towers. 9. Christopher Eccleston’s house is made entirely of whippets.

11. Dave Prowse hates people coming up to him at conventions dressed as Darth Vader, but actively encourages them to come as the Minotaur from The Time Monster and charge at him. In return, he charges £30 for an autograph. 13. Wendy Padbury was well known for her broad interest in high-end science fiction long before her time on Doctor Who which led her to petition Peter Bryant for a role in the show. Despite this, she and Patrick Troughton were frequently reprimanded on set for distracting the cast with group pelvic floor exercises. That very particular shot of her on the console in The Mind Robber was in fact an in-joke between her and the production team regarding her disruptive behaviour during rehearsal.

14. Peter Capaldi is the Blue Power Ranger. In real life.

The Doctor Who Guide to Altern… 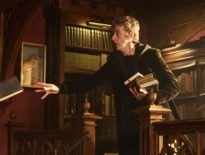 An Entirely Fictitious Account of Doctor Who The Doctor Who Guide to Alternative Facts: Part Tw… 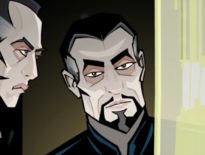