In a pretty unprecedented move, the BBC has seemingly confirmed that Doctor Who will continue a further five series beyond Steven Moffat and Peter Capaldi’s departure!

That’s right: if it’s not a mistake, Doctor Who will run until at least Series 15!

“The deal not only covers Showrunners Russell T Davies and Steven Moffat’s Series 1- 10, but also incoming Showrunner Chris Chibnall’s yet-to-film Series 11, as well as a first look for Series 12-15.”

This is very exciting, especially at a time when we’re concerned about ratings. Chris Chibnall’s involvement past Series 11 (expected next year) has not been confirmed, but he’s expected to stay at least three years in the showrunner role.

“China is going through a time of tremendous growth and rapid market development. Everyone here is curious about popular cultures around the world. At the same time, they want to share their Chinese culture and values. Doctor Who, with its long television history and iconic place in popular culture, is a great representative of British pop culture. We hope that this partnership with BBC Worldwide will enable both parties, as well as Chinese and British fans to share and exchange ideas and learnings to grow the universe of Doctor Who in China.”

“This marks the start of a longer and even more fruitful partnership with SMGP. Doctor Who already has a substantial fan base in China.  Now, Chinese fans will be able to access the entire catalogue of Doctor Who and its spin-offs thanks to this agreement. The MOU is an affirmation of both parties’ commitment to build the Doctor Who brand and grow its fan base in China.”

Shanghai Media Group Pictures is the film business unit of Oriental Pearl Group, whose previous work with BBC Worldwide resulted in the theatrical release of Sherlock: The Abominable Bride, plus the upcoming launch of One Amazing Day, a co-production with SMG Pictures.

There we have it: international news to celebrate! 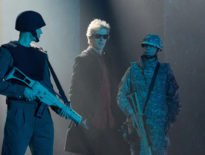 News What Did You Think of Doctor Who: The Pyramid at t… 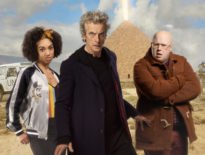