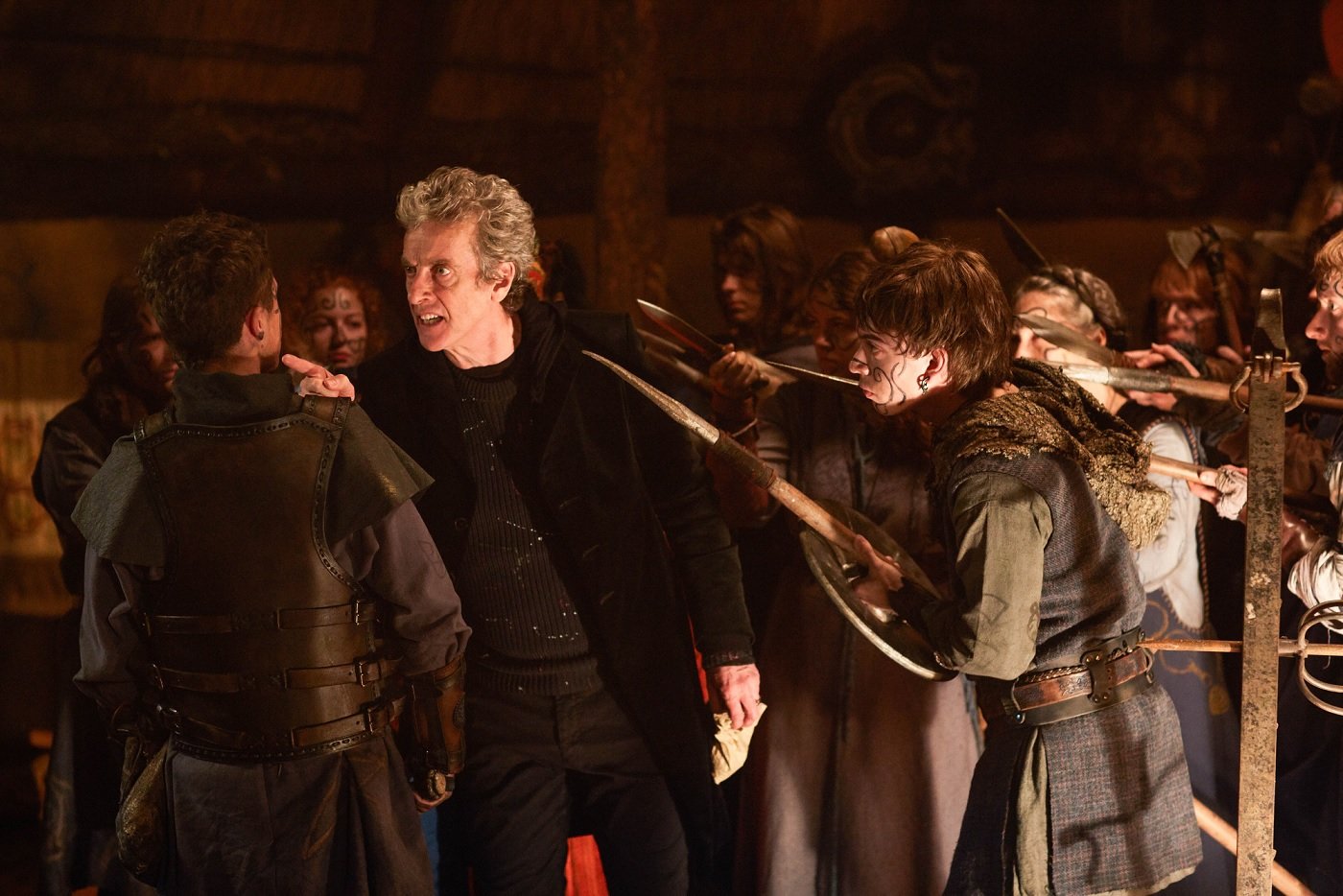 Get rrrrready to rrroll your rrr’s: Rona Munro returned to Doctor Who last weekend for The Eaters of Light, a Scottish tale that echoed a few ideas she brought up in her previous serial, Survival.

But what was it actually like? In his review, Leon Hewitt concluded:

“Can this episode be looked at as a historical in the tradition of The Aztecs or Marco Polo or is it more in the vein of The Visitation or The Time Warrior? Well, maybe it’s neither. Modern science points to the existence of dimensions beyond our own and who knows what may live there. We may one day discover locusts that feed on light lurking in the depths of the Large Hadron Collider.”

Comparisons to historical greats is certainly praise, but what about the rest of the DWC crew? What did they all think? Let’s find out… 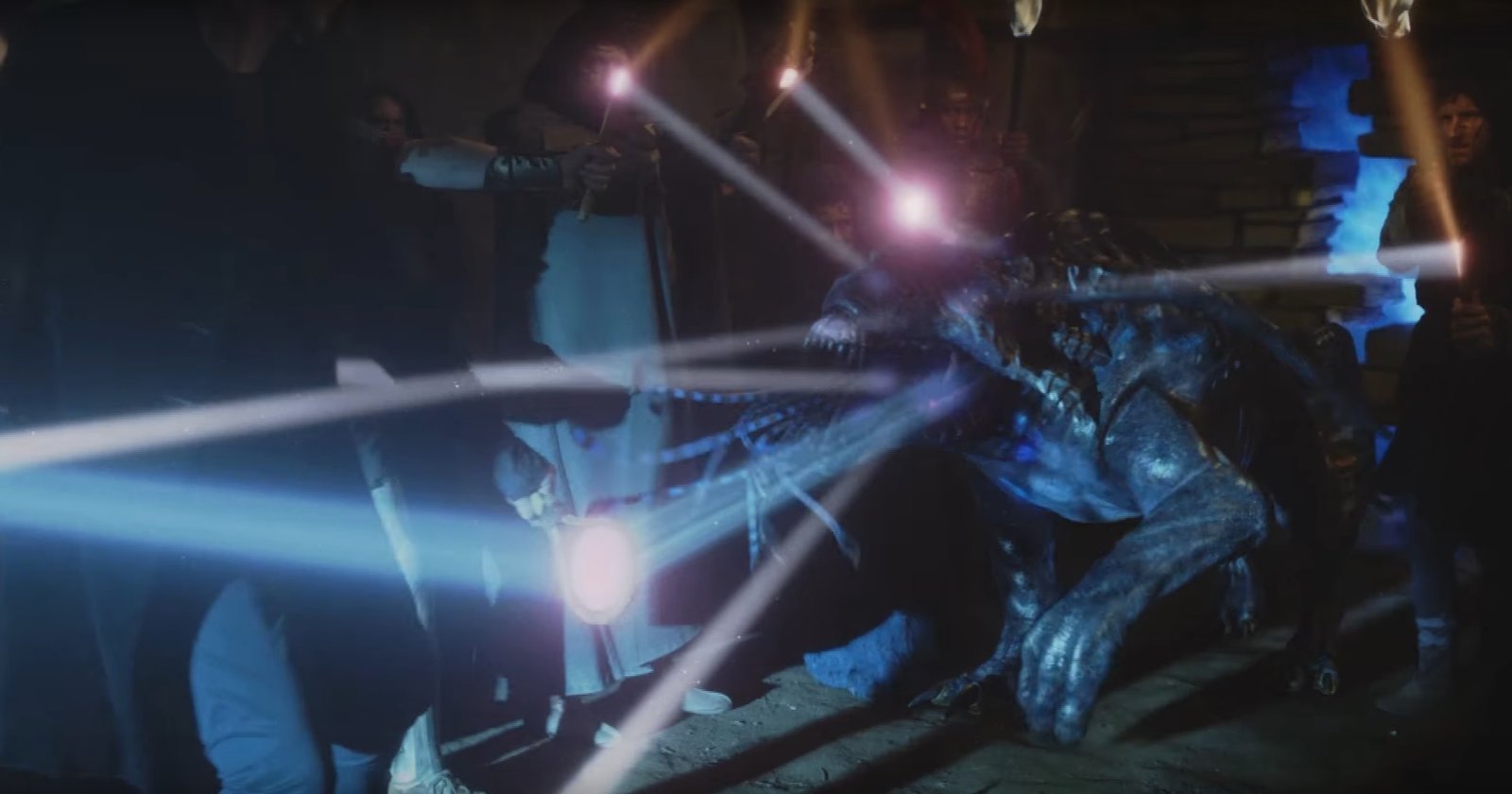 With the best CGI monster of the season so far, Rona Munro gave us an intriguing angle on us as seen by the Doctor. We’re all children, a point made stronger by the young characters, and even if the jump to resolution was nothing special, the direction and performances were all strong and effective.

The short piece of Missy gave us yet more tension in the relationship with the Doctor and it’s all boding well for the finale. The Witch’s Familiar may have already given us deceitful Missy and misguided trust in an enemy, but this is at least being subtler.

Survival writer Rona Munro decisively justified her return to skeptical fans with Eaters of Light. Was this episode a future classic? Probably not. But in its simplicity and understated charm, Eaters of Light was a perfect choice to serve as a penultimate story for Series 10. Indeed, pervasive throughout its dour atmosphere is a melancholic and bittersweet reality: this is the last ‘regular’ story we’ll probably have featuring Series 10’s superb TARDIS team. I already feel as though I’m physiologically anticipating the void that the Twelfth Doctor, Bill, and Nardole will leave in my Doctor Who viewing experience. For its part, nothing is overdone in Eaters of Light: linking ancient menhirs and mythological gateways to the modern concept of dimensional portals, the story riffs on a tale of warring children who eventually must decide to fulfill their responsibilities. (The talking crow was also terribly clever.) Once more, the audience is left with a message about accepting one’s responsibilities: this week, scared warriors, last week, cowardly officers, the week before that, a tearful Missy, full of regret. A clue for the finale, perhaps?

There is a scene about fifteen minutes into The Eaters of Light which is borderline painful to watch. It involves Bill in an excruciating, needless discussion about her sexuality, and it sticks out like a sore thumb because the rest of the episode is so good. Everything else just works. This is a self-contained narrative that is sure of its own identity. It is well-constructed and frightening when it needs to be, with decently-realised set pieces: it helps, also, that director Charles Palmer takes his visual cue from Nick Hurran – and, in particular, The God Complex – by showing us the monster only sparingly, a wriggling, tentacle thing where the gaps are filled by the limits of the human imagination. Supporting characters are affable enough, but it’s the leads who excel – with the Doctor as compelling as he has been all year. “Are you sulking?” he says to Kar. “When you want to win a war, remember this: it’s not about you. Believe me, I know.” It is whispered and understated, with Capaldi’s native Scots perhaps even more pronounced than usual, the way that newly repatriated residents often find their accents slipping back towards the native when they go home. It’s a stunning scene, worthy of the best of Tennant, but you sense that of the newer actors only Capaldi could really have pulled it off. If this series doesn’t win him a BAFTA, there is no justice.

I thought that was wonderful. Capaldi, Mackie, and Lucas were all on fine form. The Doctor, in particular, had some great lines. He was a bit grumpy without being horrible, and authoritarian in places without being annoying. I loved the moment where the Doctor used the popcorn to escape. That felt very Doctor Who. Nardole made me chuckle a lot with his quips and general comic demeanour. Bill, meanwhile, continues to impress, standing up to and questioning the Doctor rather than always following him slavishly. And then, just when the episode looked like it was over, we got some wonderful ‘extras’ in the form of those scenes with Missy in the TARDIS. I can’t wait to see what happens next week when Missy takes on the Doctor’s role in a story with Mondasian Cyberman and a certain big-name (in terms of Who) guest star too!

A decent episode, and it was good to see Rona Munro back. It certainly looked lovely and the whole cast played it for everything it was worth. I felt the explanations were too hurried and time rifts of one sort or another are getting rather overdone…

Solid. Not great, but solid. (Actually, I preferred Survival.)

The viewing figures have now become alarming. I know there are good reasons for the last two episodes’ being so low, but I can hear the teeth-sucking of some of the dimmer BBC execs from here. If it weren’t for the Chinese deal and the overseas sales, we’d really be in trouble… And even with them, one wonders whether the next series is going to be quietly put on probation.

Mind you, if they plugged Doctor Who properly instead of taking it for granted (it isn’t even always pushed very hard on iPlayer!), they’d get a much bigger audience… I had high hopes for this episode, and they weren’t all met. That doesn’t mean it was a bad story though. No, there was enough to satisfy this fan, most notably really cracking dialogue. Seriously, Rona Munro gets the Doctor, even if he’s a little grumpier than previous episodes this season.

Mind you, I felt the whole thing should’ve been earlier in the series, maybe in Thin Ice‘s slot. Bill is supposed to be the girl who asks loads of questions, but it’s taken her this long to realise about the TARDIS translation circuits? That doesn’t make sense at all, and adds to the sense that Bill is still, somehow, a new companion. She shouldn’t be. If she’s anything like previous companions, she’ll have travelled with the Doctor and Nardole for ages now, yet she feels like a newcomer.

I’m not really complaining about the plot point, however. It worked beautifully – that if the pre-Picts and the Romans could understand each other, maybe things would work out differently. It just should’ve come sooner.

I would’ve liked more time with the actual Eaters of Light, to get to grips with what they are, and their potential far outweighs what we’ve seen in the episode; nonetheless, this was an enjoyable and rather calm story with very strong characters and stunning environs. Yeah, Rona’s more than welcome to return soon, as is Charles Palmer.

A pretty favourable response, although you get the impression it was also a little run-of-the-mill. But what did you think, dear readers?

Here’s What The Doctor W… 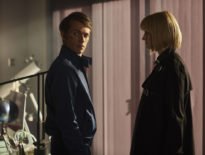 Features Night Study: Here’s What You Thought of Clas… 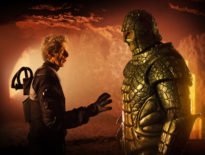 Features Here’s What The Doctor Who Companion Thought…
3