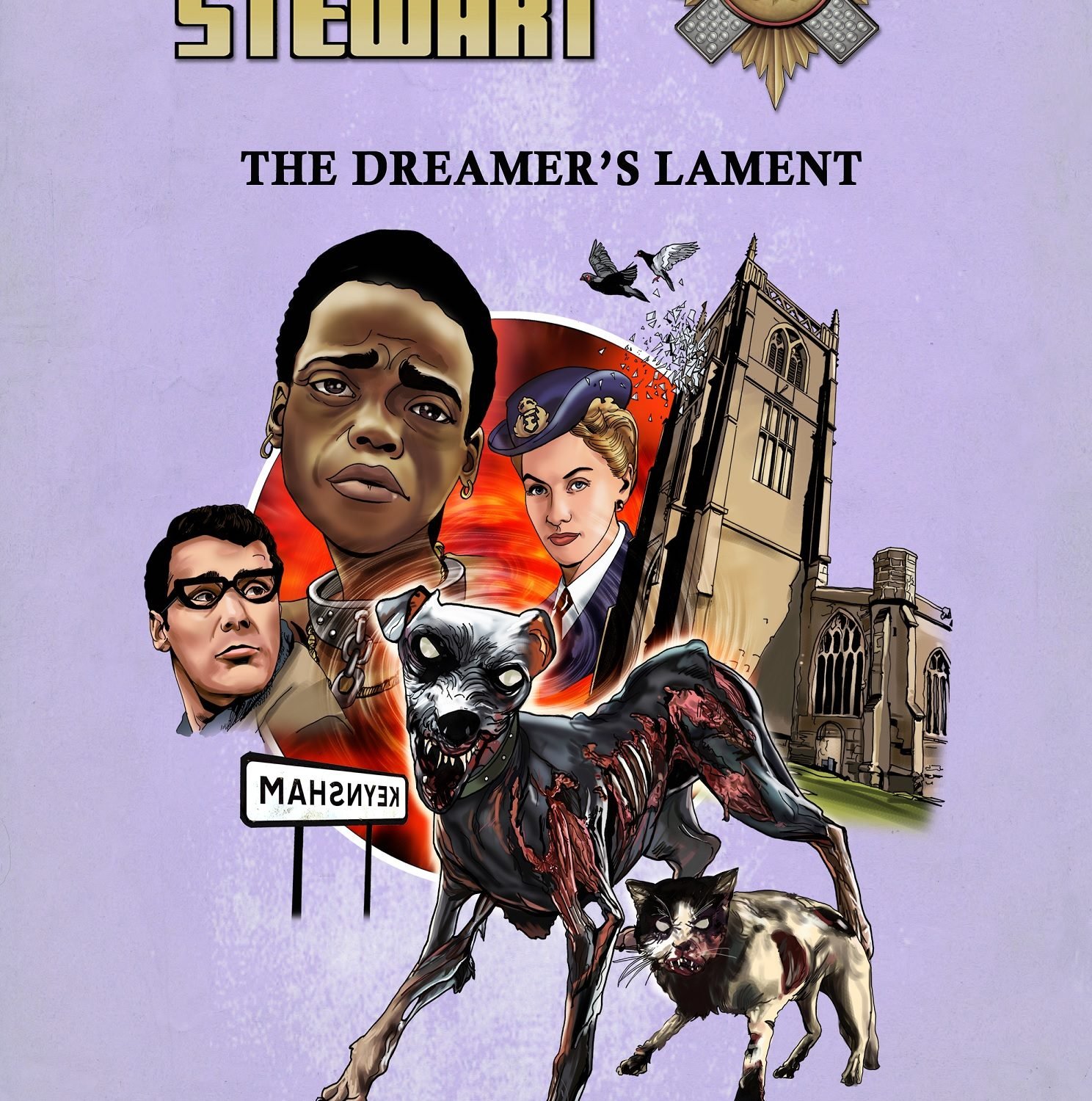 Lethbridge-Stewart is back – and this time, he’s teaming up with The Web of Fear‘s Harold Chorley, to investigate the case of a missing train. The trail leads to the Keynsham Triangle, and the year 1815. Together they are thrown into a story of body snatching, slavery, and animals that refuse to stay dead.

This if, of course, the latest instalment of Candy Jar Books’ Lethbridge-Stewart range, now in its fourth series. The Dreamer’s Lament is written by a newcomer to the range, Benjamin Burford-Jones, who previously wrote the children’s novel, Beware of the Mirror Man for Candy Jar. Range editor, Andy Frankham-Allen says:

“The Dreamer’s Lament started off as an unpublished Second Doctor Doctor Who novel that Ben wrote some years ago. Shaun [Russell, head of publishing] brought the story to me during the early days of the series, but it took me a while to get to it. I was impressed by the core story, and realised that an almost page-one rewrite would be needed, but there were enough key elements contained in the original story for me to see how it would fit Lethbridge-Stewart. The hardest part to work out was the time travel aspect.”

Here’s what The Dreamer’s Lament is actually about:

While visiting his mother, Lethbridge-Stewart is a little perturbed when Harold Chorley calls to ask for his help. A train has gone missing near Bristol, and Chorley is convinced it has something to do with the Keynsham Triangle, where over fifty people have vanished without trace since the early 1800s.

Elsewhere, Anne Travers is coming to terms with a loss in her family, and sets about preparing for a funeral. However, news reaches her that both Lethbridge-Stewart and Chorley have gone missing, and her help is required to find them. And, hopefully, solve the mystery of the Keynsham Triangle.

What connects the missing train to the Triangle, what has it got to do with a Wren from World War II, and just why does it appear that Lethbridge-Stewart and Chorley are in the village of Keynsham in 1815?

The answers lie in the Dreamer’s Lament, and a strange being called the Loa. 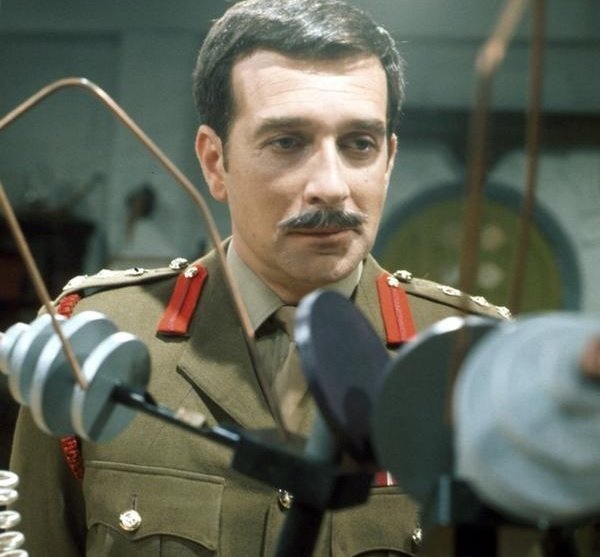 Ben’s extremely varied career has ranged from clerical work to television production to puppet making. He was more than happy to rework the story, and collaborate with Andy in how to turn it into a Lethbridge-Stewart novel. Ben adds:

“When I was asked to adapt my unpublished book, how could I resist the challenge? It was an honour to add to the continuing adventures of Lethbridge-Stewart. Of course, I couldn’t resist setting the adventure in my home town of Keynsham.”

The cover art is by Martin Baines, his second piece of Lethbridge-Stewart work after last year’s Times Squared. Ben enthuses:

“When I first saw the wonderful artwork, I was over the moon. The cover sums up the story perfectly. It was almost as if Martin had read my mind.”

“I really wanted to do justice to such imaginative story. The mixture of voodoo and time travel, plus zombie animals makes this a story a gift for a cover artist. Coming from an advertising background, I usually draw cute dogs and cats, so I found that the main focal point of the cover was a real test for me having to make them as horrific as possible.”

The Dreamer’s Lament has a foreword by Candy Jar’s Head of Publishing, Shaun Russell. He says:

“I’ve known Ben for 32 years, after a chance meeting at a Bristol sci-fi shop. Alongside Doctor Who, Ben has always had an interest in all things zombie. He has even made his own zombie puppet. It seems quite natural for him to combine his two loves in this book.” 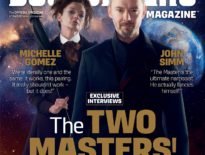 Merchandise Out Now: Doctor Who Magazine #514 – The Two … 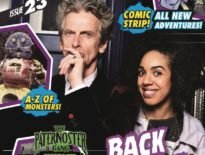 Merchandise Doctor Who Adventures Goes on Hiatus: Will It Retu…
0