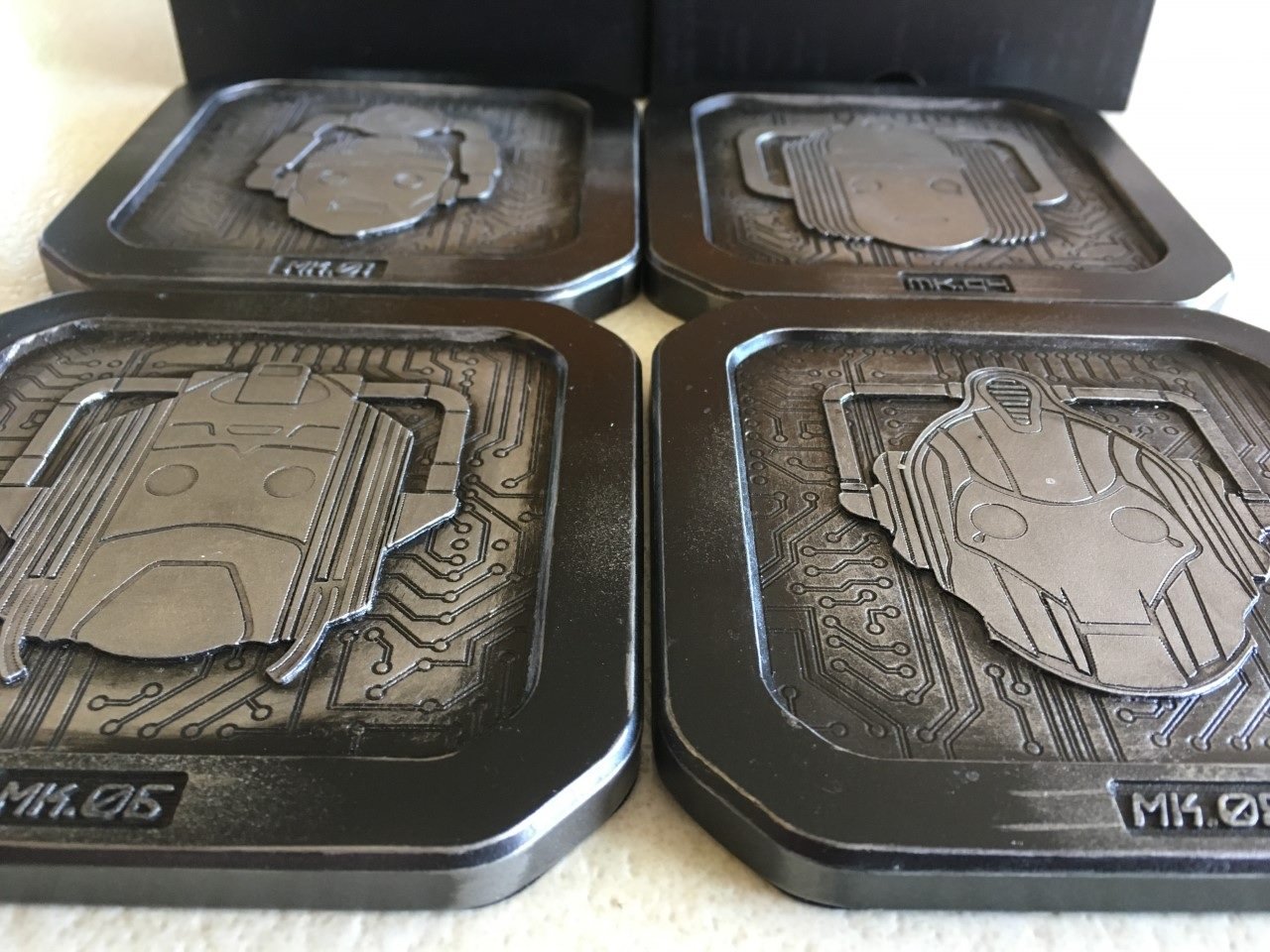 Let me take you back to the Doctor Who Festival in November 2015. Nestled in the corner but getting considerable (deserved) attention is Rubbertoe Replicas, most famous for creating sonic screwdrivers, as well as a whole horde of other goodies.

The company had a new product up for pre-order: Cybermen coasters. And I instantly fell in love with them.

Yeah, I’m a sucker for the Cybermen. They’re a beautifully horrific concept, and always well designed. It helps that they appeared most prolifically opposite the Second Doctor, played wonderfully by Patrick Troughton. Tomb of the Cybermen is one of my favourite stories ever. These coasters, then, were irresistible.

In a pack of four, as suppled, you’ll get the Mk 1 (The Tenth Planet design); Mk 4 (Revenge of the Cybermen); Mk 6 (the 1980s one, from Earthshock to Silver Nemesis); and Mk 8 (Cybus Industries). Each are heads only, instantly recognisable and cast in a suitably ruddy silver. The heads of the Cybermen are raised, as are the edges of each coaster, with the recesses filled with intricate circuitry. Frankly, they look gorgeous.

Made from a polyurethane resin, filled with brass powder, these are weighty objects, but nothing too heavy: if you’ve spilt something and it’s pooled around the base of your glass, when you pick it up, the coasters likely won’t lift up too. The liquid will probably go into the gaps too, as the main isn’t a flat surface.

That’s a small issue: these aren’t dishwasher safe, so you have to use a damp cloth to clean them. The same goes for most coasters, though, so while they may get sticky after some time, they’re still pretty easy to deal with. (That’s because each is backed with a black felt, so they won’t slip all over the place; one also has the Rubbertoe sign on a sticker to its bottom.)

Needless to say, the designs are impeccable. There’s absolutely nothing lazy about them. The Cybermen are clear-cut, the circuitry in the background is sharp, and the felt backings are nicely aligned.

A lot of thought has even gone into their presentation, and how fans will adopt them, ie. probably keeping them in pristine condition. They come in a black box, topped with the Doctor Who “DW” insignia on the lid. Inside, the coasters are packed in a thick tissue paper – individually.

The whole thing is of top quality, just as we’ve come to expect from Rubbertoe Replicas, and it’s incredibly difficult to find fault. So I won’t. It’s something unusual, and will get people talking and reminiscing. While they’re worth the price, you might want to look out for occasional discounts as you’ll likely want to buy a couple – one to display/use, and one to keep in its original housing.

Now, Rubbertoe, I think we need to talk about a further set with the other Cybermen models…

The Cybermen Coasters are available now from Rubbertoe Replicas. 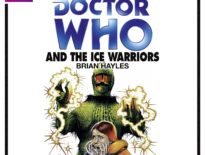 Reviews Retrospective: Doctor Who and the Ice Warriors Aud… 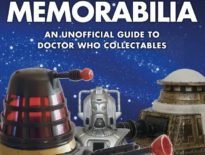