It’s a time for change, not only for Doctor Who, but also Doctor Who Magazine – as the next issue will be Tom Spilsbury’s last as editor!

The magazine looks back at the last several years of Doctor Who, with outgoing showrunner, Steven Moffat leaving the show this Christmas.

With his first contribution to the show written in 2004, The Empty Child/ The Doctor Dances (but screened in 2005), did he expect to still be writing for the series some thirteen years later?

“God, no! I also didn’t think I’d do the showrunning job for more than three years, and I’m here after six series. Yes, I’ve been writing Doctor Who stories since 2004. That’s a hell of a long time. When I wrote The Empty Child/The Doctor Dances, I wondered if I’d ever write another Doctor Who story. I was very keen to, I really wanted to. I remember asking, ‘Would you have me back next year…?’”

So what’s next for the writer? Also inside this issue:

PLUS! All the latest official news, the Watcher’s column, prize-winning competitions, the DWM crossword, the 2017 Season Survey – and much, much more!

Doctor Who Magazine #515 is on sale from Thursday 27 July.

Out Now: Doctor Who Magazine #… 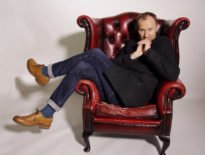 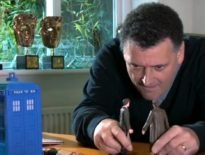