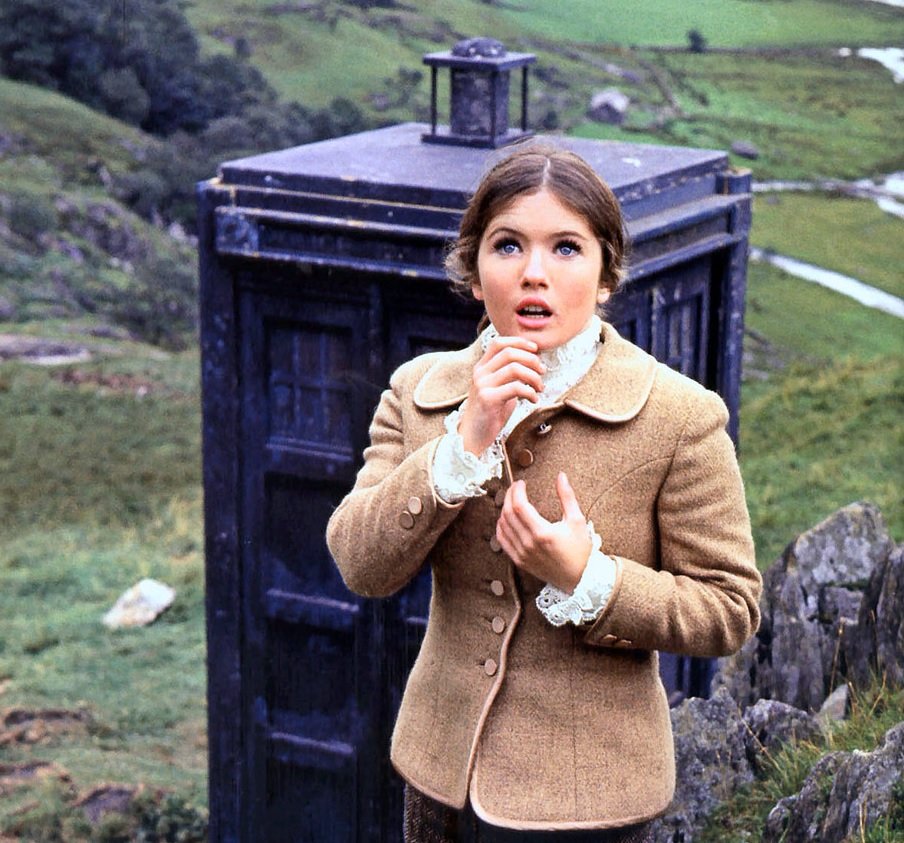 I was a small, scared and rather sweet (so I’m told) seventeen-year-old when I went to my first, and only (so far), Doctor Who convention. I’d seen reports of theses gathering in Doctor Who Magazine (DWM) but never plucked up the courage to go.

I didn’t have any Doctor Who friends, and didn’t want to go on my own. But I’d seen Space Mountain advertised in DWM at the Shepperton Moat House Hotel and it was less than a mile and a half from where I lived with my parents (half a mile if the River Thames wasn’t in the way, and I didn’t mind swimming).

Space Mountain took place on Doctor Who anniversary weekend – Saturday 23 and Sunday 24 November 1991 – 23 months into the ‘wilderness years’. But I was strangely unconcerned that my favourite show wasn’t on TV, as I was obsessed with buying every VHS, recording every repeat, and watching every episode.

And that was the attraction of Space Mountain for me. The guests included Jon Pertwee, Nicholas Courtney, John Leeson, David Banks, Peter Miles, Michael Wisher, and Jack and Deborah Watling. But I didn’t care; I was in a darkened viewing room watching a black-and-white Terror of the Autons, the two surviving episodes of The Faceless Ones, and The Two Doctors. 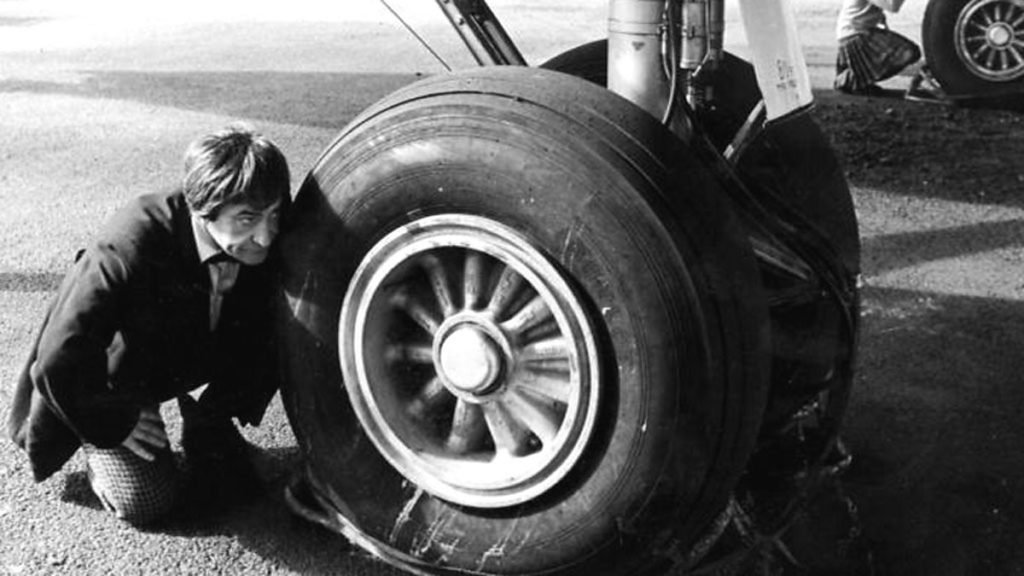 Yes, I popped out to see Peter Miles and Michael Wisher reminisce about their time as Davros and Nyder (I even asked an embarrassing question). Then I queued up to get them to autograph my Genesis of the Daleks novelisation. Which would be a fine collector’s item now if, in a fit of madness, I hadn’t got John Nathan-Turner to autograph it as well. (He was standing near me and I panicked.)

I didn’t even go to the Jack and Deborah Watling Yeti panel; I was probably eating a KitKat and watching The Leisure Hive at the time. That wasn’t a slight on them. The year before I’d persuaded my parents to subscribe to BSB and get a Squarial fitted on our house so I could watch the surviving bits of the Yeti stories – episode two of The Abominable Snowmen and episode one of The Web of Fear. And they were stunning. 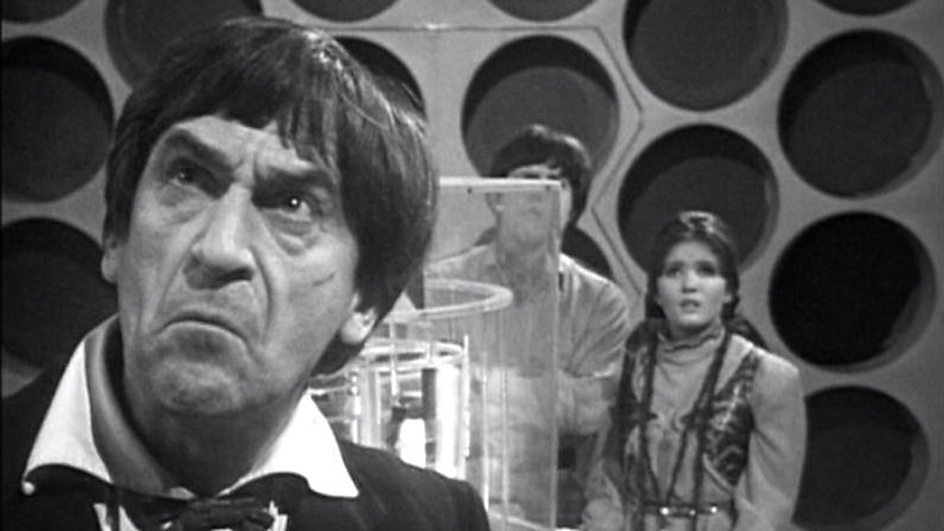 Over that weekend I was also rehearsing for a school play in the afternoons, so my accommodating parents were ferrying me back-and-forth from school to Shepperton. To give you a measure of how timid I was about my obsession, I didn’t tell anyone (teachers or fellow pupils in the play) that I had come straight from a Doctor Who convention. Imagine my horror when I took my jacket off to reveal a bright red badge with the words ‘Space Mountain’ and my name emblazoned on it… ‘It’s nothing, nothing… what’s my next line? Look, a Zarbi… Run Jamie!’

I also felt a bit despondent following my first brush with fandom. I was in the bar and had somehow persuaded them I wasn’t 12-years-old (as I looked) and bought a pint of your actual beer. Noticing a guy sat on his own, I asked if I could join his table. He said yes, so long as I didn’t want to talk about anything after the Davison era, and looked aggrieved over at the crowd of folks opposite happily chatting about The Curse of Fenric.

I managed to ply myself away from the pedant and join the others. And I managed to make a Doctor Who friend. We shared another beer and he asked if I was sticking around for the quiz and games later. I didn’t tell him I was going home to have dinner at my parents, but we agreed to meet in reception that evening.

Arriving later, imagine the panic that rose when my Doctor Who friend didn’t turn up. I wandered into the bar to find a small crowd playing charades. Normally, that would be my cue to cut and run (or rather to find 10p to phone my mum to come and get me). But my red badge one again outed me. An enthusiastic quizmaster ushered me over and appointed me to a team…

My teammates welcomed me in. It was Patricia Hicks, and Jack and Deborah Watling (Patricia was Debs’ mum). ‘Um. Hello people I’ve seen on TV. I might just swim home now…’ But no. They kind of adopted me. For one evening only, I was a Watling. 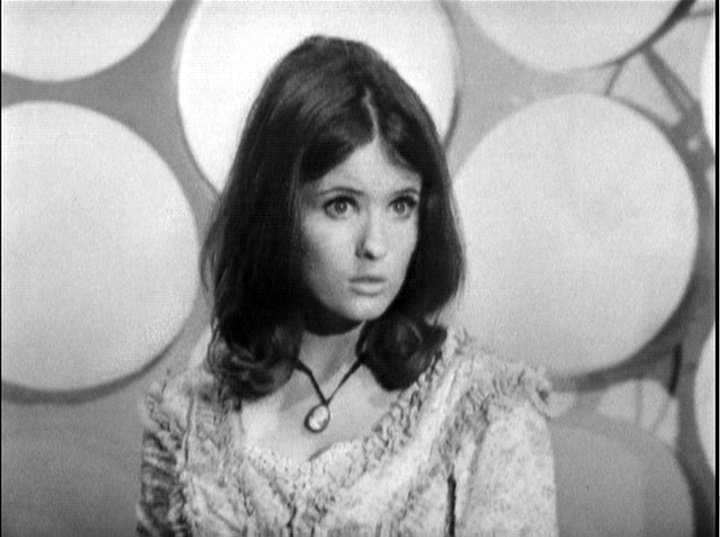 Deborah laughed and said, ‘I know this one,’ when I did my Ice Warriors mime. They all forgave me when no one guessed my attempt at ‘The Garden of Evil’ (yes, they’d actually included all the 1986 Make Your Own Adventure with Doctor Who books in charades). It was kind of like a dream: Jack buying me peanuts, Patricia winking at me, and at one point Deborah Watling sitting me on her lap…

When the evening ended, the Watlings all cheerily said goodbye, pecked me on the cheek, and waved in much the same way my uncles and aunts didn’t. And I remember thinking a bit later how sad it must be for Deborah to have most of her Doctor Who era missing – this was shortly before the announcement that Tomb of the Cybermen had been found.

I was very sad to hear of Deborah’s passing last week: still far too young and cancer (again). But it’s a heartening that over the years, with the return of Tomb, Enemy of the World, most of The Web Of Fear, the animated episodes of The Ice Warriors, and all of the rest cleaned up and the soundtracks released on CD, that we can properly appreciate Deborah’s immense contribution to Doctor Who as Victoria Waterfield.

Thank you for welcoming and taking care of me, Deborah – just a shame it was for one night only…

When I was seventeen, it was a very good year

It was a very good year for a lost little boy

And one special night

Debs made it alright

In that Shepperton bar

When I was seventeen 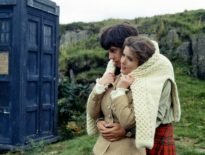 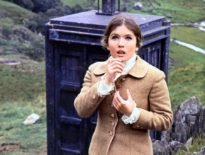 Features Deborah Watling In Her Own Words
4