Mark Gatiss has been in the Doctor Who-related news a lot recently, what with his forthcoming appearance as the enigmatically titled ‘Captain’ in Twice Upon A Time, Peter Capaldi’s swansong episode this Christmas, and reflections on an unmade story and a piece of casting that never happened arising from his recent interview with Doctor Who Magazine.

But he’s also been very involved in commemorations to mark the 50th anniversary of landmark legislation which (partially at least) decriminalised homosexuality in England and Wales. This week will see BBC4 transmit Queers, a series of eight short monologues curated by Gatiss which will feature some noteworthy actors in stories which explore British gay history over the past century.

“Russell and Ben said ‘yes’ sight unseen, which was a fantastic gesture of faith in the whole project. I was immediately very excited by the possibility of doing monologues – it’s a form I’ve always loved. Alan Bennett is a huge influence on me and obviously he’s the master of the form.”

“The whole season was gonna be a big rainbow of things, so I felt it’d be interesting to reflect on the law, and where we had got to, and what we’ve gained and what we’ve lost.”

As you would expect, some storylines will reflect historical events which impacted upon the gay community (legislative changes following the Wolfenden report of 1957, the AIDs crisis from the 1980s onwards), but Gatiss was also keen to explore lesser-known aspects and unexpected responses to the changes in society. Safest Spot in Town will focus on black gay sub-culture in the 1950s, for instance.

“The ’67 one – written by Matthew Baldwin – is called I Miss the War and it’s about an older gay man who thinks that decriminalisation is a bad idea. Because a lot of people did – a lot of people thought it wouldn’t be as much fun anymore!”

Gatiss, who also wrote and opening episode directed the opening episode The Man on the Platform which will feature Whishaw, admits that people’s responses to the huge changes they have lived through are not always those that would be expected:

“Do you lose something? The notion of being an outsider? The shadows can be quite an exciting place to be and you gain so much, but by becoming absorbed into a homogenous whole, have you lost your identity?

“I’m particularly fascinated by the idea that perhaps the extremity, the sort of hedonism that is currently in the gay male scene, is a sort of reaction against that. Now you can just get married and be on Holby City, there might be some sort of reaction, saying, ‘You think that decadence is The Rocky Horror Show… well, I’m going to show you!'”

Queers begins with The Man on the Platform tonight (Monday 31st July) at 22:00 on BBC Four. It is part of the BBC’s Gay Britannia season.

You can learn more about Queers via Mark Gatiss’s article for BBC Arts. 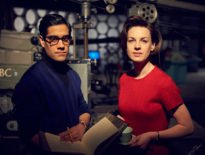 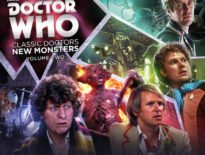