In news that should surprise absolutely no one, incoming Doctor Who showrunner, Chris Chibnall has ruled out another series of his hit TV show, Broadchurch.

Arguably, Chibnall is best known for creating the crime drama which aired on ITV across three series; indeed, Steven Moffat had to carry on with Doctor Who Series 10 so Chibnall would have time to finish Broadchurch Series 3. Speaking to Entertainment Weekly, Chris said:

“I don’t have any other series for this world. There were these three stories. I wouldn’t want to do repeated versions of these crimes. I don’t think that would ring true to me. So, at the moment, I don’t think I have another story for this world and I’m not sure that will change, really. So, I think it’s probably goodbye for good.”

The show starred a number of familiar faces to Doctor Who fans, including Tenth Doctor, David Tennant; Arthur Darvill, who played Rory Williams between 2010 and 2012; and The Eleventh Hour‘s Olivia Colman. And of course, Jodie Whittaker will play the Thirteenth Doctor under Chibnall’s reign.

However, he did mull over a follow-up sometime in the future when it was suggested he could set it abroad:

“I think wherever David Tennant and Olivia Colman might wish to spend a few months of their year… Yeah, Hawaii could be good. France. New Zealand. I’m sure you’d have eager ears from some of the cast!”

Would that still be Broadchurch though…? Surely the very idea of it was how a horrific murder tore apart a British coastal community.

When Series 3 concluded, I predicted it would return within 10 years, possibly soon after Chibnall gives up Doctor Who, but I’m not sure I’d be happy to see it back. Unlike many viewers, I enjoyed Series 2, but the gender politics in Series 3 were as subtle as a sledgehammer around the chops. Even Tennant’s Alex Hardy said that the case made him feel ashamed to be a man – you could understand where he was coming from in the story’s context, but crikey, all the men were horrible (apart from Arthur’s character, Paul Coates… and he had to be deconstructed by being stripped of his faith).

Would you be up for seeing Broadchurch again? When would the time be right to revisit its characters? Or is it best consigned to TV History? 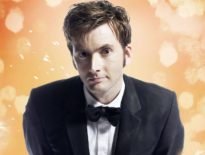 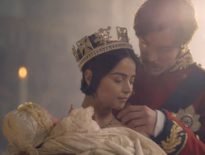