Welcome to Companion Rumour Central, where this week we’ve been looking at Bradley Walsh – Corrie regular, Law & Order stalwart and, until recently, master Daz salesman. I say ‘until recently’ because I was convinced it was him doing all those adverts until about thirty seconds ago when I looked it up on Wikipedia. Turns out, I’d confused him with Shane Richie. We’re human, right?

I’m going to regret this when it turns out the Magic Mirror were actually bang on the money about Bradley’s imminent casting in Series 11, but right now I’ll say it’s about as likely as another McGann appearance. Take from that what you will. There’s no question he can act, and an older, male companion is arguably just what the show needs to keep it balanced, but Bradley’s caught up in a Chase of his own; he’s not about to give that up to be chased by rubber monsters. This is another name thrown into the pot to keep it simmering; realistically it’s not going to happen. 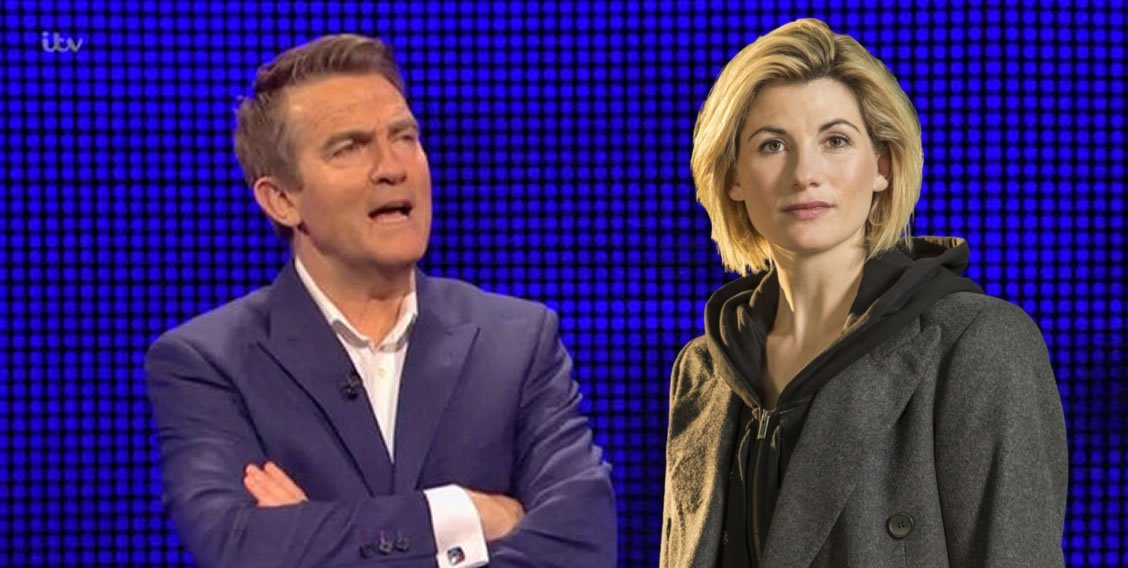 Or is it? Because we’ve done a little digging of our own, and my own Man in Havana (who I know only as ‘Bob’) has wangled exclusive access to Chris Chibnall’s portfolio for Potential Companions. And what Phil, Andy, and I discovered when we examined it (over a Kate Bush audio marathon, a particularly nice Merlot, and an economy box of Frazzles) is that the new showrunner has an awful lot of gameshow hosts on his list, among the expected soap actors and CBBC alumni. And although it’s likely to get poor old Bob fired, I’m happy to bring Chibnall’s list to you today, exclusive and uncut. Please burn after reading, or at least take a shower. Production notes: I hear things about Noel, but as long as we don’t make jokes about his Crinkly Bottom we’re probably in the clear. Idea for origin story – effectively wishes himself into the TARDIS thanks to Cosmic Ordering (N.B. check this with head of drama; does this come under the ‘We don’t do God’ banner?).

Likely exit: The TARDIS lands on Raxocoricofallapatorius, whereupon Noel meets a grizzly end at the hands of a distant relative of the Slitheen family that bears a suspicious resemblance to Mr Blobby.

Spec dialogue: “Now. I have a solution. You and your people are going to halt this planned invasion, turn your ships around, and go home. And in the future, you’re going to stay away from Earth. This is your one opportunity to make this right, and if you don’t take it, I’m going to have to stop you. And this is the last time I’ll be showing any mercy. So tell me… do we have a deal?”
“Or no deal?”
“Jesus, Noel, you’re doing it again.”
“Sorry, chief.” Production notes: Everyone loves Bullseye, and we can get a dartboard in the console room behind the bins. Must shoehorn in a speedboat chase somewhere. Observation: dialect needs examinining; two Northern accents in the TARDIS is going to be overkill. Something’s got to give. My money’s on Jim.

Likely exit: Falling out with the Doctor over whether Last Of The Summer Wine was better than Phoenix Nights, an angry Jim storms out of the TARDIS just before it unexpectedly dematerialises, leaving him stranded on the outskirts of Skelmersdale with nothing but a tankard and his bus fare home.

Spec dialogue: “I’ve powered down all the Daleks. It’ll take you… ooh, a couple of centuries to get them operational again. Your plan’s failed, Davros. You won’t have the Earth today.”
“Now, let’s take a look at what you could’ve – ”
“Jim? What did we talk about?”
“Sorry. It’s me catchphrase.”
“Find another! One more thing, Davros, I’d advise an evacuation plan, and quick. We flooded the core. The needles are already into the red.”
“And nothing in this game for two in a – ”
“Jim…” 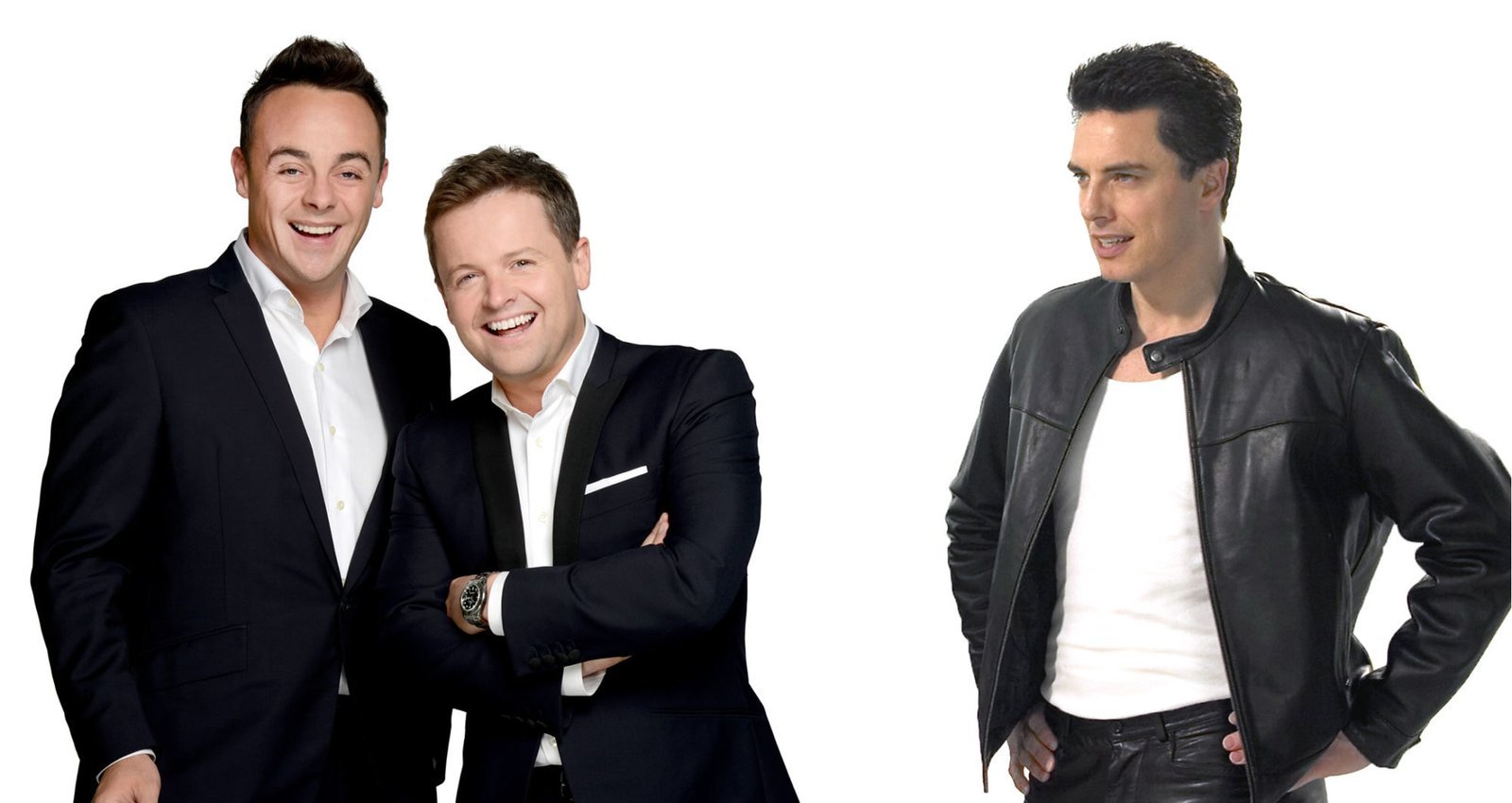 Likely exit: After a single, Earth-bound episode, the duo meet a premature end when the Doctor takes them to a jungle planet, only to have the natives fry all three of them over a barbecue because the TARDIS can’t accurately translate Geordie.

Spec dialogue: “I need to do some final checks before we can explore this planet. Ant or Dec, can you open the doors?”
“I’m nearer, Doc.”
“Yeah, you’re the one I’m talking to.” 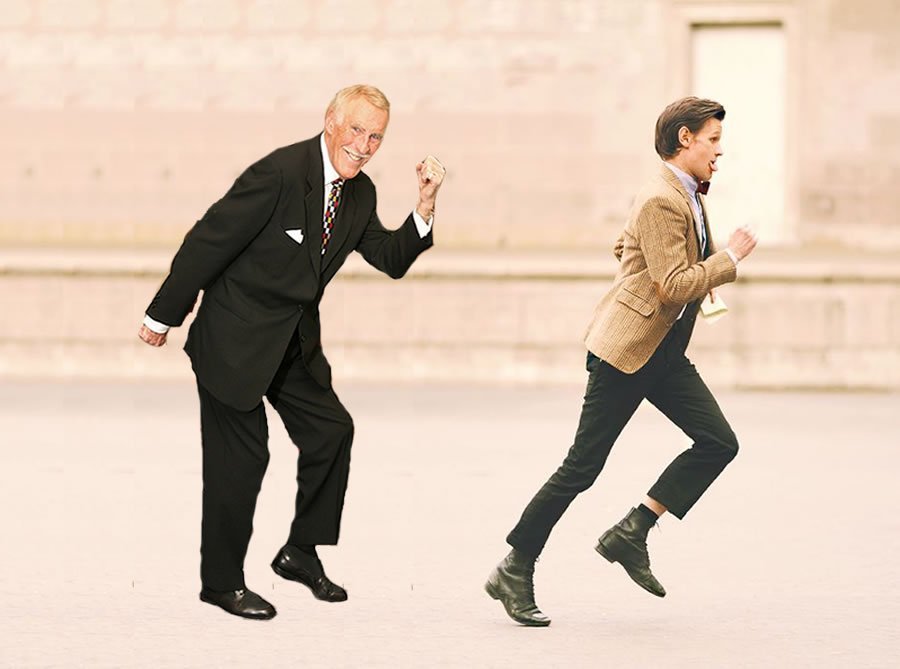 Production notes: Getting on a bit, but I hear rumours of portraits in the attic, so I think we’re okay. Insurance could be our biggest hurdle. Bruce’s CV is longer than Chris Evan’s rider, so plenty of opportunity for jokes. Note to self: Do not mention Takeover Bid. We don’t want another Clarkson on our hands.

Likely exit: When the Doctor saves the people of a backwater colony from an army of carnivorous, sentient teddies (in what is to all intents and purposes an adaptation of Nigel Fairs’ Cuddlesome), Bruce stays behind to help them rebuild. Unbeknownst to the Doctor, he lasts all of three hours before the locals – sick of him bellowing “A CUDDLY TOY!” every time they discover one of the dead monsters – turn on him and beat the stuffing out of him.

Spec dialogue: “There’s something wrong with the dimensional destabilisers! Bruce – that lever on the console. Quick!”
“This one?”
“No, the other one. No, higher up. HIGHER! HIGHER! Now, if I can just decouple the gyro-indicator from the lightning flux transmission drive, we can… and that’s it! We’ve landed.”
“Hurrah! DIDN’T HE DO WE-”
“Oh, stop it.” Production notes: God, if we have to.

Likely exit: Finally tiring of his companion’s mood swings, the Doctor quietly leaves him on a cobbled street just outside Manchester and takes off in the TARDIS. It turns out to be the best thing he could have done.

Spec dialogue: “This room is airtight. The Plutonian bees must be nesting somewhere in here.”
“Maybe, but where?”
“It’s that vent, Les. That’s the only possible place for a hive.”
“Tell you what. If it’s up there, I’ll give you the honey meself.” 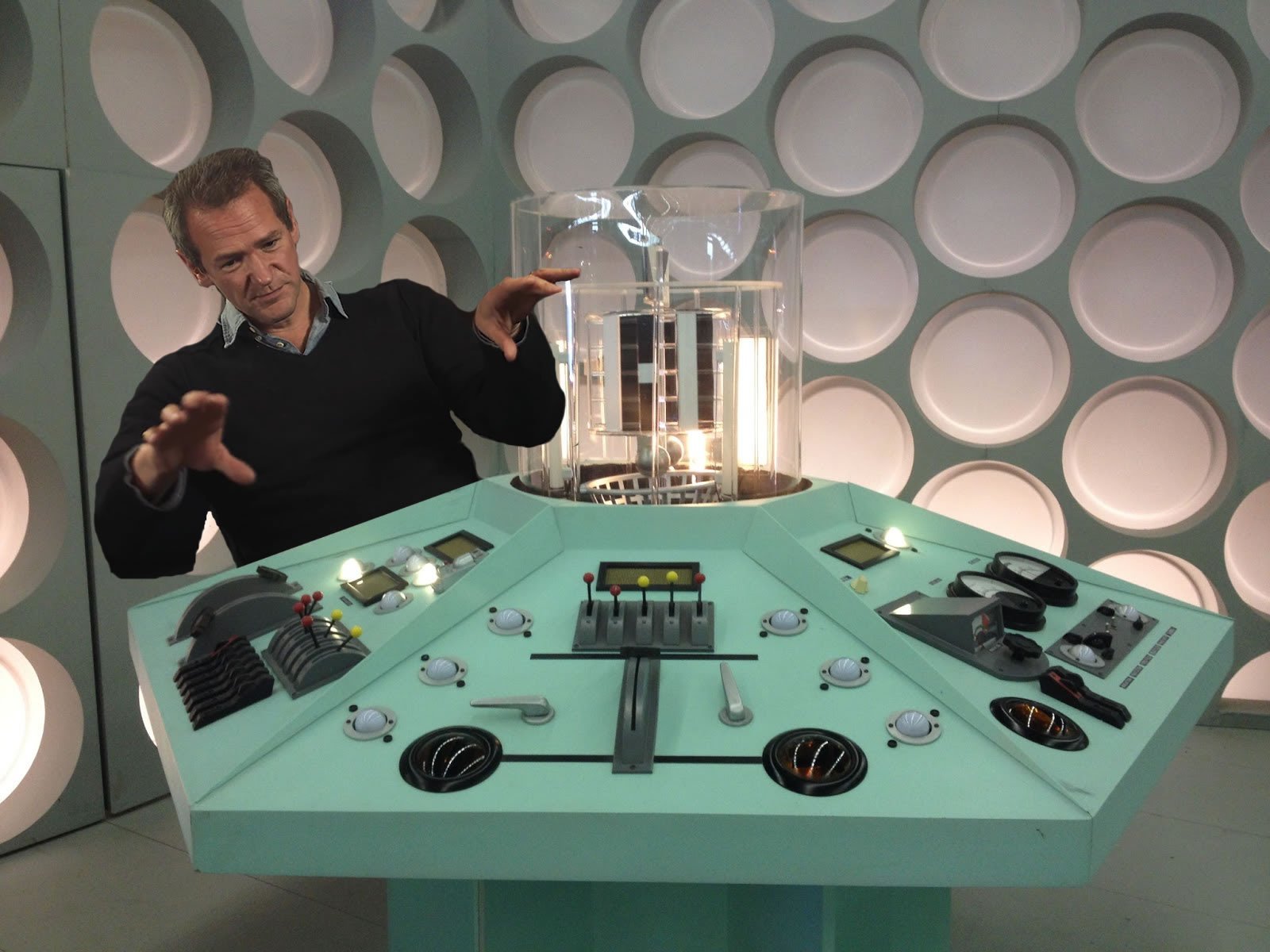 Production notes: Host of Pointless. Voiceover king extraordinaire. Busiest man in television so scheduling could be a problem but he can sing, so Barrowman collaborations might plug gaps between series. Risks to production: the thick side of fandom is going to want an explanation for the Christmas 2011 appearance; how long can we string this out for before the goodwill runs dry?

Likely exit: While researching obscure trivia in the TARDIS library, is crushed to death by Volumes 13 through 18 of Philasopholes’ Uses of the Apostrophe in Works on Gallifreyan Counter-Culture, which fall off a shelf the Doctor had neglected to fix.

Spec dialogue: “Well, Alex. The Silurians have all gone home, so it looks like we’re out of danger. Mouse back in the house, I suppose.”
“I can see what you’re doing, you know.”
“I don’t know what you’re talking about. Now I need to make a list, if I can find a pen. Fold up my scarf, would you?”
“Still not funny.”
“Oh, and we need to isolate the problem with the onboard computer later. Might be a problem with the central kernel. ‘Kay with you?”
“Doctor…”
“You know, really those Silurians aren’t too different from the human race. Although you’d be hard pressed to find a homo sapien with a green back.”
“Oh, for Christ’s sake.”

Six Game Show Hosts who would … 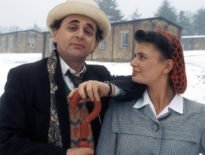 Features Why I Love The Curse of Fenric 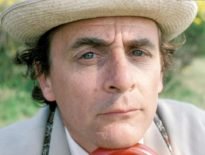