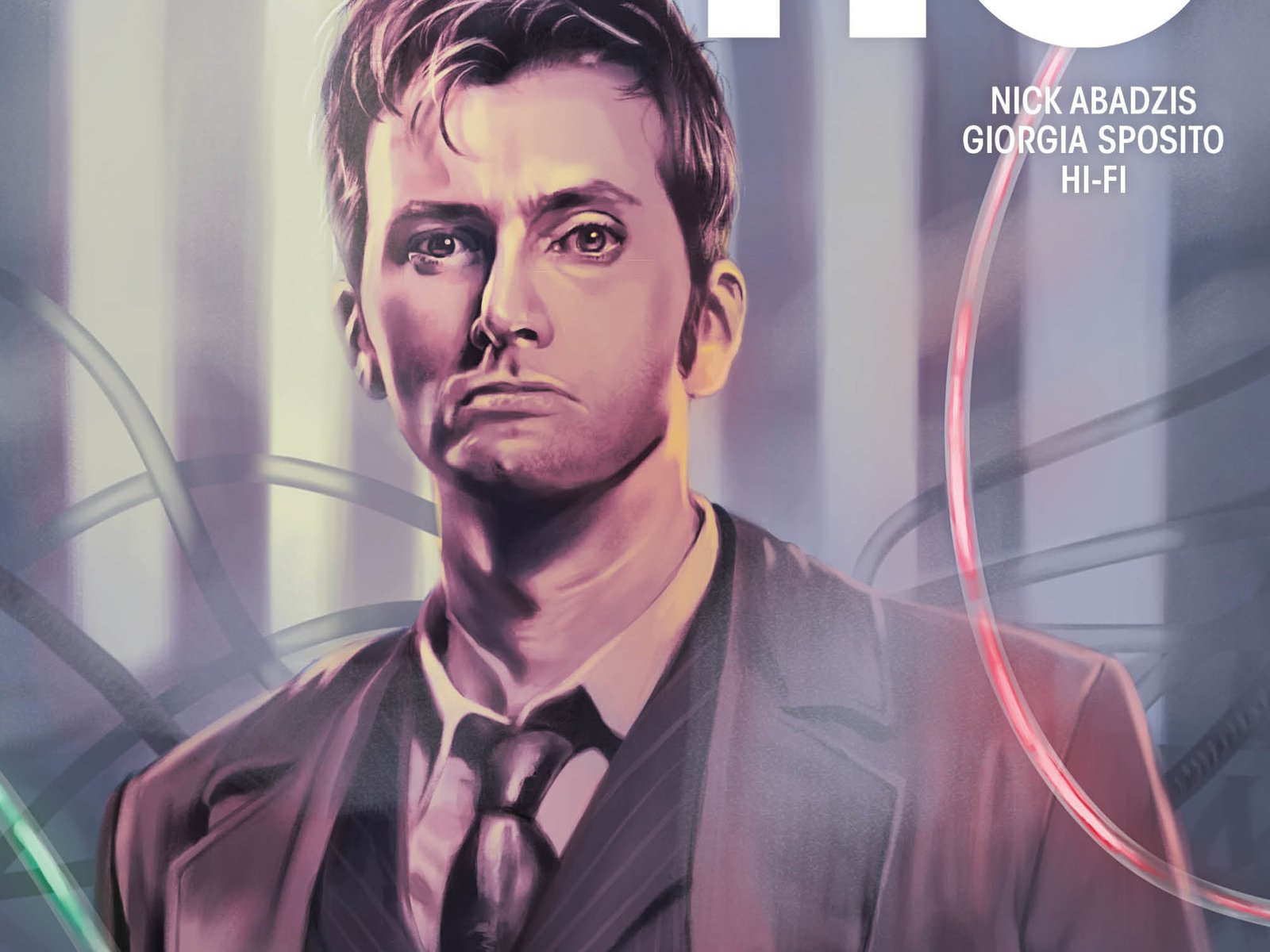 As we hurtle towards the final issue of The Tenth Doctor Year Two – and hasn’t it gone quickly?! – things are looking pretty dire for the Doctor, and his companions, Gabby Gonzalez and Cindy Wu.

Why? Because Sutekh the Destroyer is coming back. This is a being of unimaginable power, revelling in the hurt and destruction of all. The odds are really stacked against the Time Lord, and indeed, the universe. Frankly, it’s a joy to have Sutekh back.

Thankfully, in this penultimate issue, the Osiran gets to stretch his legs a bit. We spend more time with him as he feels his influence grow, batting away any other potential rivals to his dominion. In particular, there are two very impressive scenes in which he confronts his would-be cohorts: the King Nocturne, as seen previously in this comic title; and the Destroyer from Battlefield. Both are worthy enemies of the Doctor’s, but they appear mere child’s play to Sutekh: in fact, he even warns the Eater of Worlds, “If you ever get back to that stinking limbo you usually inhabit, tell your little friends that Sutekh will come for them all… Venerate and fear me.”

This certainly reaffirms what a presence Sutekh is, as does his disgust at the King Nocturne: “What pains me most about music is… It sounds so… Alive.”

They’re surprisingly chilling sequences, and writer, Nick Abadzis nails the gravitas. Plus, you can hear Gabriel Woolf’s iconic voice throughout. 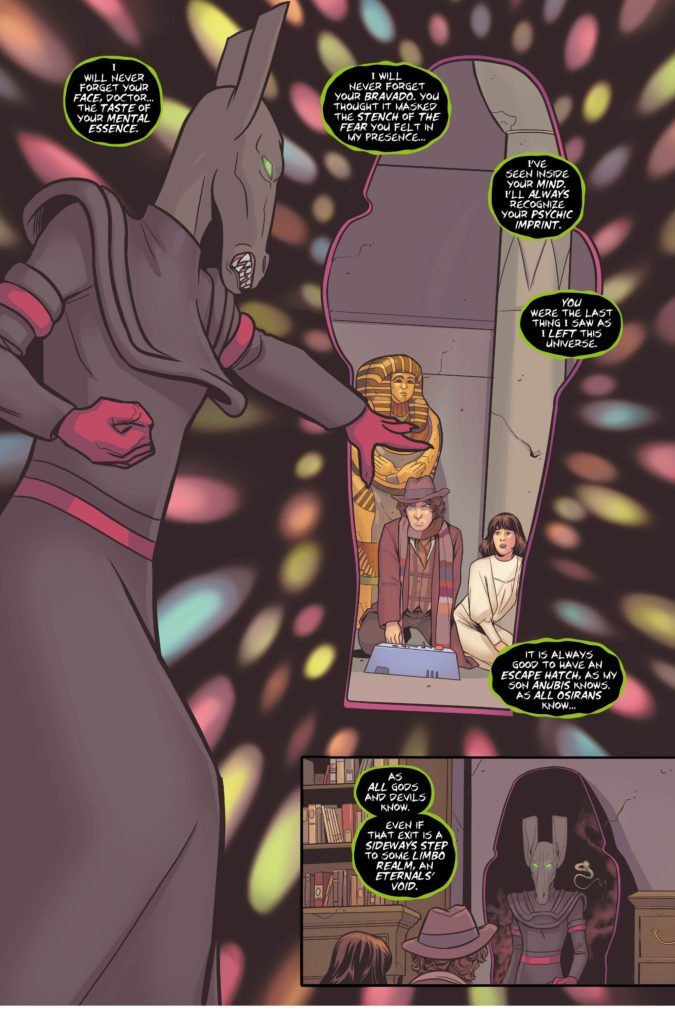 As you can probably tell, the scale of this issue is huge, and artist, Giorgia Sposito rises to the challenge. She’s given some gorgeous splash pages to go to town with, including a surprise cameo for the Fourth Doctor and Sarah Jane (in a recollection of Pyramids of Mars).

About a decade or so ago, Marvel challenged their writers and artists to do a full issue with no dialogue; the creative teams produced some fantastic work that demonstrated a wealth of talent. Abadzis similarly gives Sposito a chance to shine with four dialogue-free pages in which the Destroyer attacks a world, only to find Sutekh completely trump his might. If you were ever in doubt about the powers of The Tenth Doctor‘s creative team, this is the issue to pick up.

But of course, the crew behind this title doesn’t solely consist of a writer and artist. The talents of letterers, Richard Starkings and Comicraft’s Jimmy Betancourt are particularly obvious here, as they have to work their magic on a few different entities. The way they show the interactions between Sutekh and the King Nocturne are perhaps the high-point of Old Girl: War of Gods.

So with one issue left of Year Two, we’re left with two big questions: how can the Doctor possibly defeat a God-like being? And at what cost? #2.16 sets things up perfectly, and we can’t wait to find out how this all ends… 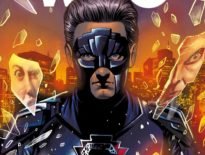 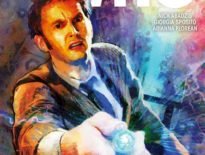