Though they’re one of Doctor Who‘s most recognisable monsters, the Silurians haven’t been featured too heavily by Big Finish – so this month’s lastest audio offering is a pleasant, and very welcome, surprise!

In fact, they’ve only starred in one adventure in the company’s Main Range – 2001’s Bloodtide – although have also cropped up in UNIT: The Coup (a 2004 special for Doctor Who Magazine) and, most recently, UNIT: Assembled, with their Sea Devil counterparts. But now, the reptilian race is back, this time facing up to Sylvester McCoy’s Seventh Doctor.

Written by Matthew J Elliott, here’s the synopsis for The Silurian Candidate:

The year is 2085, and planet Earth remains on the edge of a nuclear precipice. At any moment, either of two vast rival power blocs, to the West and the East, might unleash a torrent of missiles, bringing about the terrible certainty of Mutual Assured Destruction.

But there is another way – or so Professor Ruth Drexler believes. Hence her secret mission deep in Eastern bloc territory, to uncover a hidden city, never before glimpsed by human eyes: the Parliament of the Silurians, the lizard people who ruled the Earth before humankind.

There, she’ll encounter a time-travelling Doctor, who knows the Silurians well. A Doctor on a secret mission of his own.

The release is directed by Ken Bentley and brings the most recent trilogy of stories (seeing the return of Bonnie Langford as Mel Bush, alongside Sophie Aldred’s Ace) to a close. Elliott says:

“Not only was it a tremendous honour to add another chapter to the story of a classic Who monster, but pairing them up with the devious Seventh Doctor gives the plot an angle no other Silurian story has ever had.”

Out Now: The Silurian Candidat… 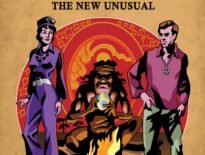 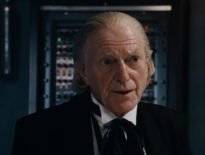 Merchandise David Bradley Returns as the First Doctor for Big …
0