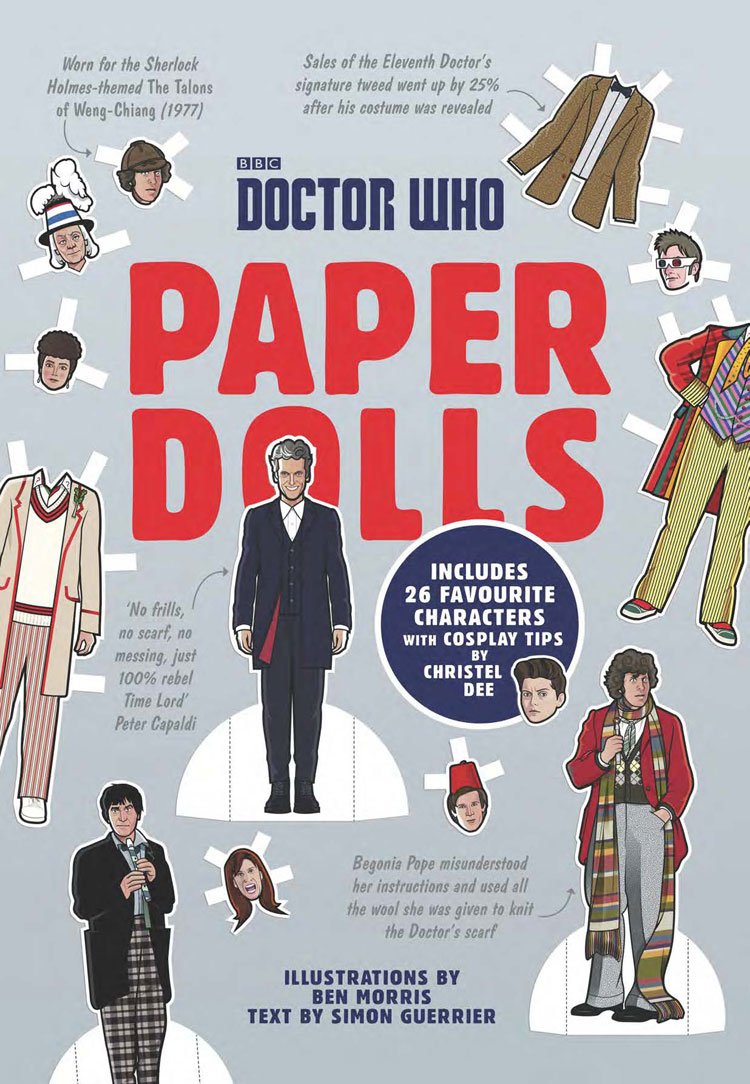 Ever fancied dressing up the Doctors in each other’s outfits while learning about the costuming process? Are you fascinated by the costume design and want to learn more about how each of the Doctor’s signature looks came about? Perhaps you would like cosplay as the Doctor but you need some handy hints and tips to get you started?

Then Doctor Who: Paper Dolls might be the book for you!

Doctor Who: Paper Dolls marries together illustrations by the Radio Times’ Ben Morris and trivia about each outfit – along with cosplaying tips from Doctor Who: The Fan Show’s Christel Dee who doesn’t offer any practical solutions about how you would go about altering or amending clothing to resemble your favourite Doctor, but suggests ways to source outfits, whether to use your own hair or a wig, and how to practice signature poses so that when someone does take a photo of you in your homemade Zygon outfit, you’ll at least have the menacing scowl down to a tee. Her enthusiasm for cosplaying – Dee was an early adopter of Jodie Whittaker’s hoodie look – really does shine through. 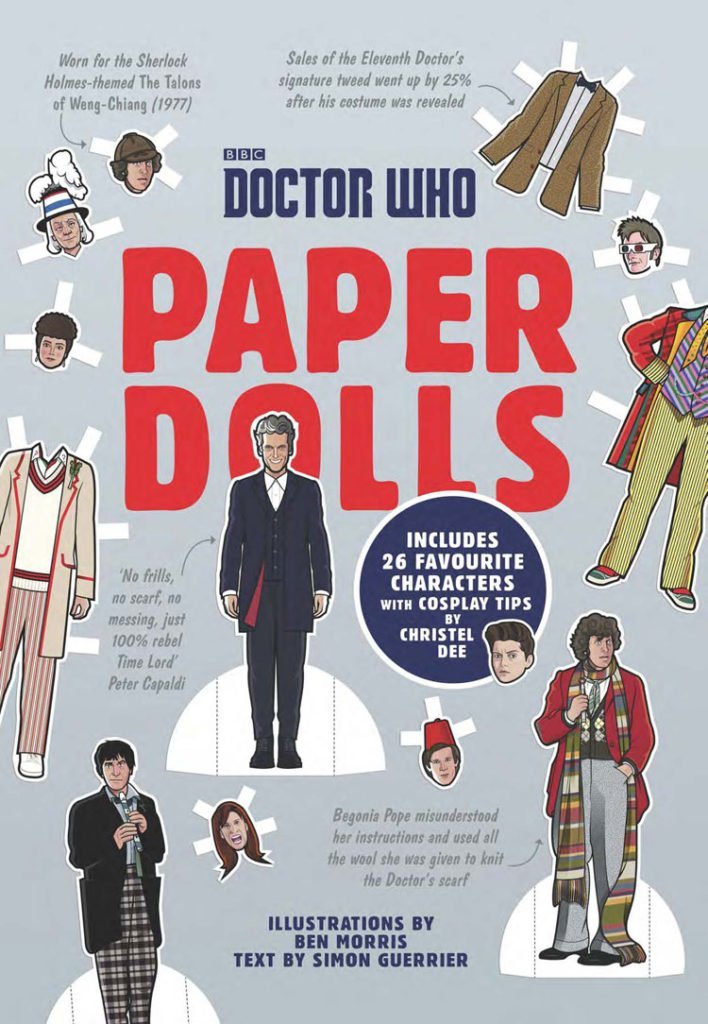 The book is divide into one-sided pages which feature a Doctor or companion model (no villains I’m afraid – which is a bit of a shame) a few variant outfits, a couple of hats, and some hit and miss trivia about that character’s iconic look.

For example, we learn that for the Fourth Doctor’s outfit, James Acheson unconsciously drew on an 1892 poster by Henri de Toulouse-Lautrec showing a cabaret singer Aristide Bruant in a striking cape, hat and scarf. We also learn that the production team only had two versions of the Ninth Doctor’s leather jacket. It was so precious that it had its own security guard. There’s a limited amount of mileage to these titbits but the book benefits from their inclusion.

Then there’s the paper dolls themselves. Speaking as someone who spent hours assembling Asterix’s Roman Fort, didn’t these come with perforated edges back in the day so you didn’t have to muck around with scissors? Also, while the book is one-sided so that you don’t accidentally decapitated the Third Doctor while trying to keep in the lines of the Second Doctor’s fur coat from The Abominable Snowman, the card it is printed on is quite flimsy and probably wouldn’t provide enough support each character. Then there’s the lack of backgrounds too. How cool would it be to have each Doctor’s TARDIS console to keep your paper dolls in? Imagine all the roundels trivia! Then there’s mild shriek of terror that comes with having to take scissors to something that could be collectable (perhaps the online version would be best – you can print out each design, mount them to card, and solve two problems with one printer).

Perhaps the biggest issue with Doctor Who: Paper Dolls is are they really a ‘thing’ anymore? Do people still assemble paper dolls? While I’m sure that there are Doctor Who fans of a certain age who have fond memories of crafting paper dolls, I’m not sure that they would be down with indulging in a twin dose of nostalgia for £12.99 RRP. Conversely, there is bound to be a community of paper doll fans on Pinterest but wouldn’t they rather create their own Doctor Who dolls using their imaginations? Unless they’re all about the scissoring, in which case, go nuts. Also, would these presumably younger fans be as interested in some of the classic Doctors and companions?

However, this book really isn’t meant for wizened old barks like me, it’s meant as a rainy-day activity for parents and children – who can sit idly cutting out each Doctor as a Doctor Who DVD goes ignored in the background. Couple that with some enthusiastic cosplaying tips and mildly interesting trivia, perhaps there’s more to Doctor Who: Paper Dolls than it’s forced reader journey from cutting out costumes to reading about costumes to making your own costumes. Maybe it’s accidentally a success?

Doctor Who: Paper Dolls with Illustrations by Ben Morris, Text by Simon Guerrier, and an introduction by Christel Dee is available to buy now from Amazon for £12.38. 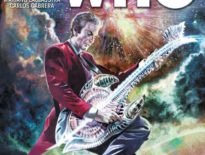 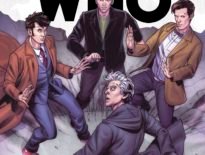