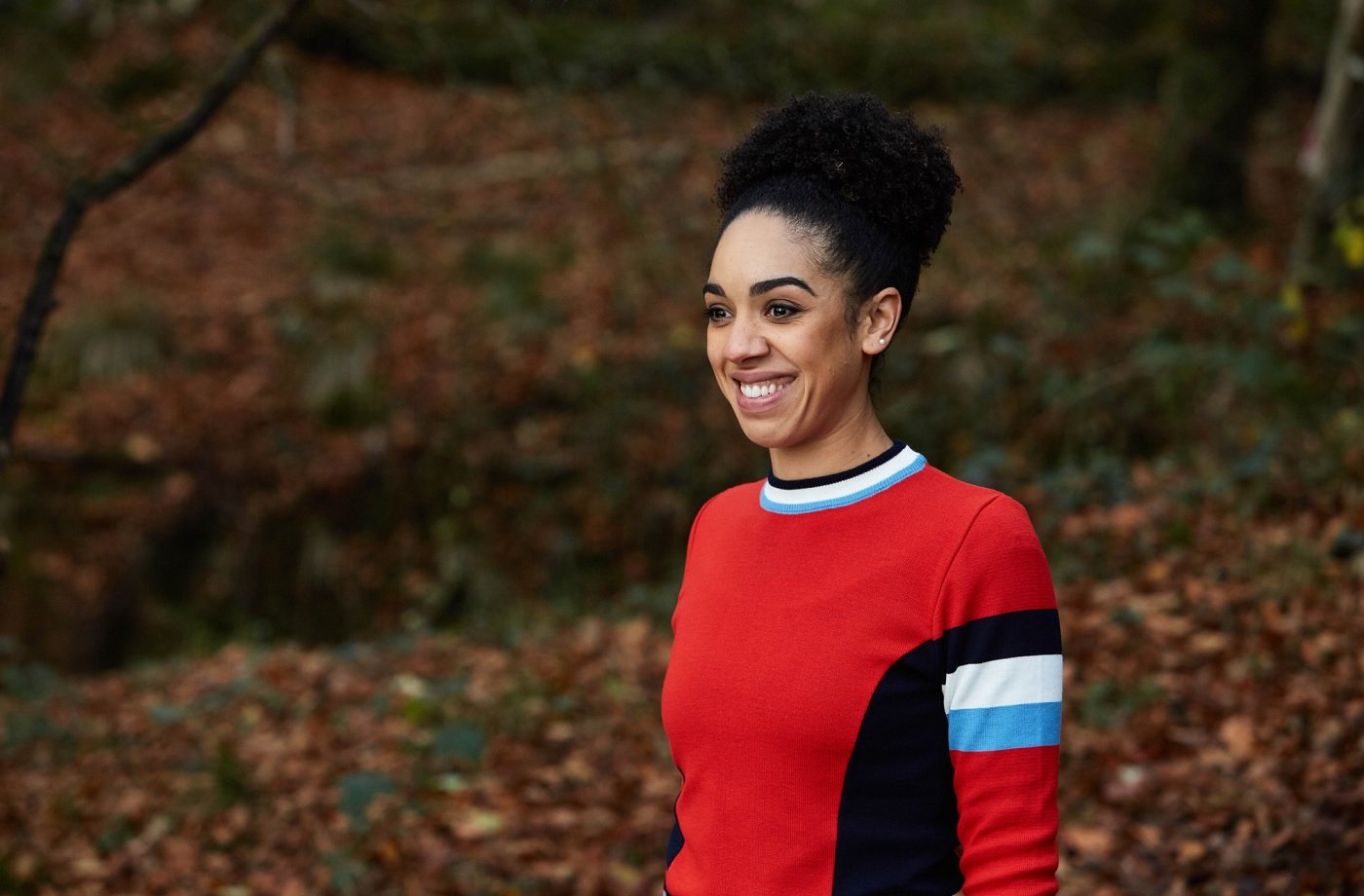 It’s long been a champion of inclusivity and last night, Pearl Mackie, who played the show’s first lesbian companion, Bill, was on hand to accept an Ally Award on behalf of Doctor Who at the 2017 PinkNews Awards.

Mackie told PinkNews after picking up the show’s trophy for its “groundbreaking” storylines:

“It’s lovely to be able to accept this award on behalf of Doctor Who. Last year I never fathomed coming to any awards ceremony, so I feel quite honoured to even have been invited, let alone for Doctor Who and the character of Bill. It’s testament to how well she was received and how well people responded to having an out lesbian on a mainstream TV show”.

Mackie, who leaves the show this Christmas along with Peter Capaldi and Steven Moffat, said she’s been thrilled with the response to her character and her relationship with Stephanie Hyam’s Heather. 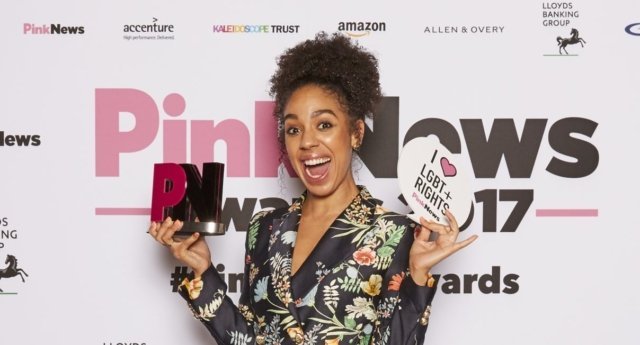 “It’s genuinely been amazingly positive, especially going around the world and meeting people. I met a couple of young girls who were BAME, and talked to me about how watching Bill on Doctor Who enabled them to come out and feel comfortable with their own sexuality. For me that’s a massive achievement.”

“I’m really proud for everyone involved in the show – all of the actors and all of the writers. And I’m proud of the BBC, because to put LGBT+ representation at the heart of the BBC1 schedule is no small thing! We’re saying it’s part of everyone’s lives and should be right at the heart of our dramas and Saturday night TV.”

He also added that LGBT inclusivity was now a natural element of the show:

“Doctor Who is really unique – the lead character is kind of asexual, and he’s always drawn people from all walks of life. So much of TV has a guy as the lead and he’s got a gun and is trying to shag all the women. Doctor Who’s never been like that. I think that counts for something.”

Doctor Who returns this Christmas Day with Twice Upon a Time on BBC One.

Doctor Who Wins Ally Award For… 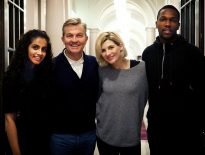 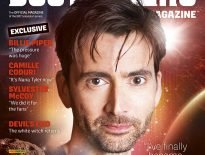