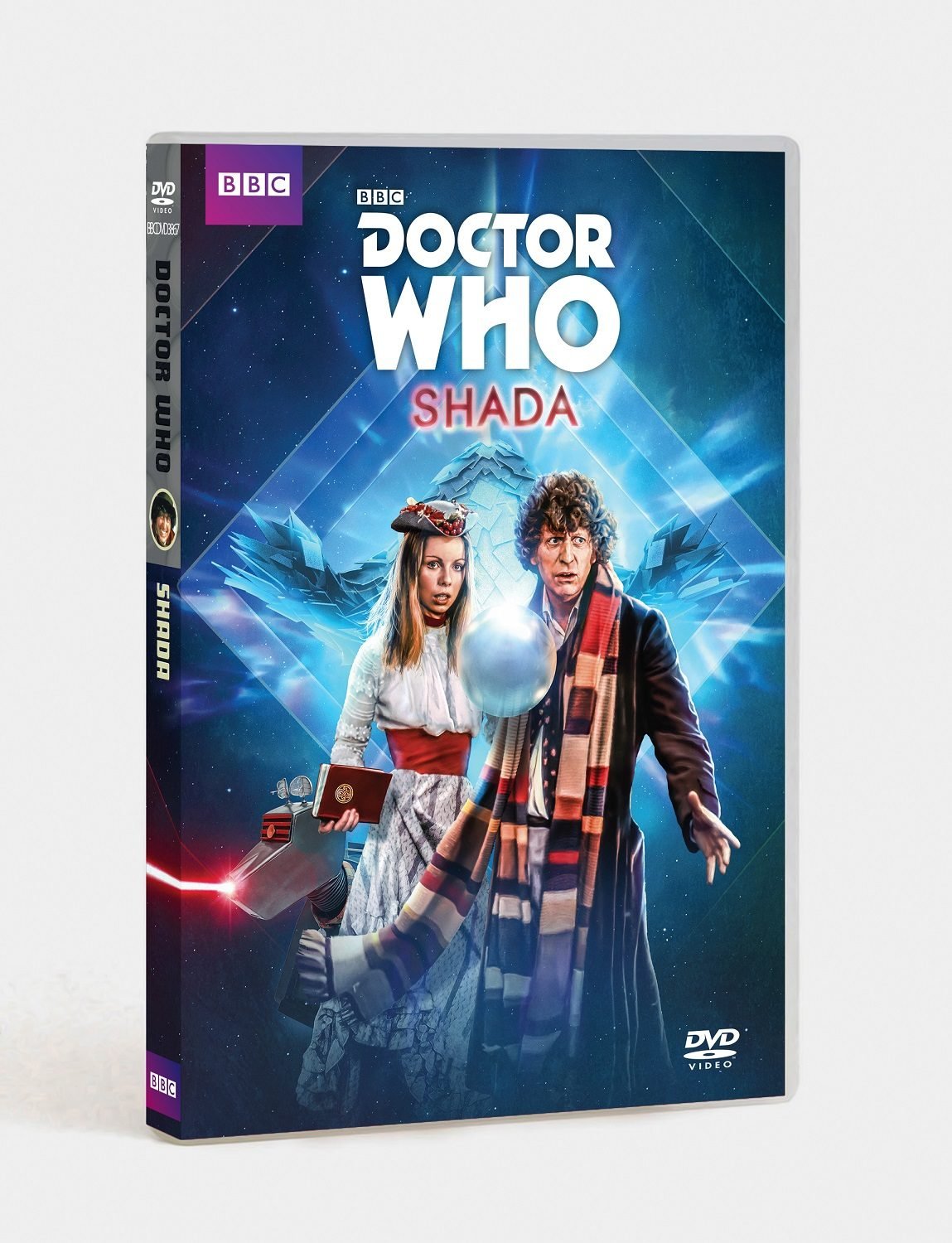 Hot on the heels of the news that the BBC is releasing an animation of Shada, the unfinished Fourth Doctor serial, the BBC has unveiled the cover art for the story’s DVD and Blu-ray.

It follows a similar format to some of the most recent titles from the range, namely The Enemy of the World, The Web of Fear, and The Power of the Daleks, with a full art piece taking over the front – but yay! It’ll still fit nicely in your collection as the spine pleasingly fits into the frame used throughout much of the range, i.e. grey roundels and the serial’s title, accompanied with a small photo of Tom Baker.

You may note that the Blu-ray uses the same design on its front, but wraps around the full space available – after all, you don’t need the Blu-ray to fit in with the DVDs!

The cover is by Lee Binding, who you can always rely on for a beautiful piece. We can only presume it’s a reversible cover so if you prefer a focus on roundels, you’re (probably) going to be fine… although nothing’s yet been confirmed.

Here’s the synopsis and special features for Shada:

Chris Parsons is happily engrossed in studying post-graduate physics at Cambridge, when one day he finds an old book, sitting on a dusty shelf in an ageing professor’s library. Written in a language nobody can read and made of a paper that can’t be torn, this is no ordinary book.

And when it enters his life, everything changes for young Chris Parsons.

Soon finding himself aboard an invisible space-ship, chased by monsters made of molten rock; aboard an alien prison on a distant planet and attacked by a horde of mind-control zombies. Chris also meets a strange man with a very long scarf who claims he can travel through time and space… in a police box.

It’s going to be a busy day for Chris Parsons.

An abandoned Doctor Who classic is brought to life. Starring Tom Baker and written by Douglas Adams, this is Shada for a modern audience, with footage upscaled to high definition, and incomplete footage now completed using high-quality animation.

Of course, there’s also a steelbook version available, with art by Adrian Salmon, and including an extra disc. The contents are yet to be announced, but the DWC will naturally keep you up to date.

Shada, available on DVD and Blu-ray, is available to pre-order now, and is released on 4th December 2017. 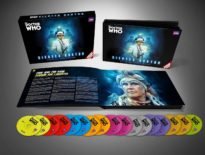 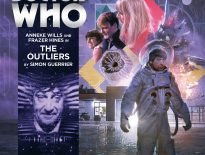