This might not shock you in the slightest, but David Bradley is very enthusiastic about Twice Upon A Time – and would subsequently be over the moon if he’s invited back!

Bradley plays the First Doctor, a role originally taken by the wonderful William Hartnell, in the upcoming Christmas special. At the MCM London Comic Con, he was asked whether he’d return to the part if the BBC approached him, to which he responded:

“If they asked me, yes, I’d bite their hand off! I think it would be fun… It’s quite something, you never expect in your career – something you watched when you were young and never imagined you’d be involved in something so iconic. As I say, it’s a late treat!”

Bradley was appearing at the event alongside Claudia Grant, who played Carole Ann Ford (aka the Doctor’s granddaughter, Susan) in An Adventure in Space and Time. And of course, David’s conviction to being the First Doctor is no great surprise, as he’ll be starring alongside Grant – with Jemma Powell as Barbara, and Jamie Glover as Ian Chesterton – for Big Finish.

David further noted how important Twice Upon A Time is to him:

“The Christmas special is something I’ll treasure.”

Aside from An Adventure in Space and Time, Bradley’s now appeared in two episodes of Doctor Who so far: as Solomon the trader in Dinosaurs on a Spaceship (2012), and in this year’s The Doctor Falls, the cliffhanger of which leads into the festive episode.

Though the transmission date is yet to be announced, we expect Twice Upon A Time to air on Christmas Day on BBC1.

David Bradley Is Keen to Retur… 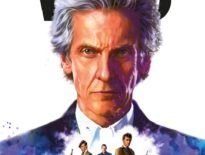 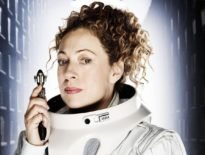