On Doctor Who‘s 54th anniversary, a brand new anthology fiction book will be published – and its roster of 70 writers include some names familiar to DWC readers!

Whoblique Strategies is edited by Elton Townend-Jones, a friend of the DWC’s, and includes fiction based on every single televised Doctor Who story. I’m very proud to announce that a fair number of DWC contributors have been involved, including Christian Cawley (co-founder of Kasterborous, this site’s forerunner); our reviewer and PodKast With A K regular, James McLean; Jon Arnold, who’s written about his Black Archive books for us; and myself.

We join well-known Who names including Big Finish’s John Dorney; David A. McIntee (The Face of the Enemy; The Eleventh Tiger); Blair Bidmead (cover artist for The Black Archive); Simon Messingham (Zeta Major; The Doctor Trap); the Lethbridge-Stewart range’s Tim Gambrell; Ian Potter (The Early Adventures: The Bounty of Ceres); Simon A. Forward (Drift; Dreamtime); and many more!

Whoblique Strategies mixes our favourite TV show with the oblique strategy cards which encourage people to think somewhat “outside the box”, so be prepared for the most surreal Doctor Who book you’ve ever read – which encompasses everything from An Unearthly Child to Twice Upon A Time! Here’s the blurb:

2017: playwright Elton Townend-Jones and his Vortex of Wholigans apply the same strategy cards to every #DoctorWho TV story. From time ‘n’ space comes a new kind of magic.

Over 200 stories, over 200 bursts of fast fiction, 70 writers, 16 Doctors, and a whole new adventure across the history of everyone’s favourite Time Lord.

And all in aid of #ChildrenInNeed“

The book is complete with interior art and stunning cover art by Simon Brett.

We’ll be adding more details about this tome imminently, so keep an eye on the DWC (and Chinbeard Books on Facebook) to find out more! 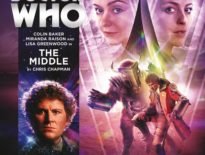 Merchandise Out Now: Big Finish’s Doctor Who – The Middle… 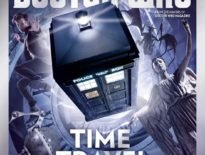 Merchandise Out Now: The Essential Doctor Who – Time Tra…
0