Introducing The Middle: the title, a double entendre – it’s the core concept of this month’s unique storyline, and is also the second in Sixie’s latest trilogy with Constance Clarke (Miranda Raison) and Flip Jackson (Lisa Greenwood).

Categorising age groups always matters on a human colony, but it’s not what it seems in The Middle – the latest Doctor Who Main Range release from Big Finish – for Constance’s birthday.

It’s L/Wren Mrs Constance Clarke’s birthday – and Flip is determined to make it an anniversary to remember.

The futuristic colony of Formicia, where the pampered populace pass their days in endless leisure, seems the perfect place for a ‘Wren Party’. But all is not as it seems. Looking down from the Middle, the skyscraping tower that ascends as far as the colony ceiling, Formicia’s overseers can see that the Doctor doesn’t fit in – and it’s not just his coat that makes him conspicuous…

“The End is the Beginning,” say the propaganda-like posters all over Formicia. Because to be part of this perfect society comes at a price. And the Doctor’s already in arrears.

“The idea of The Middle sort of came from two places, the first one is the less silly of the two. I had been spending a lot of time with my 94 year old grandfather (now deceased) and had found myself thinking about how formidable and capable his generation was. He’d gone to war, landed on the Normandy beaches in 1944, and even aged 94 he was still driving himself wherever he wanted to go. So that led me to pitching The Middle, a story about ageing, and how you can underestimate the older generation at your peril.

“The second part of the idea, the sillier part, came from a visit to the zoo, and a sign I saw about ants! But I’ll let you listen to episode 2 to see how that fits in…”

Aspiring screenwriter with Asperger's syndrome, and lifelong Whovian since (shortly after) Christopher Eccleston's reign, Andrew has put so much effort in his role as co-editor of The Paul Spragg ReCollections whilst contributing two short stories. When he's tired and stressed, he enjoys watching animation, serial dramas, Gerry Anderson's puppet shows, Netflix etc. Plus, he lives near Bannerman Road. View all posts by Andrew Hsieh 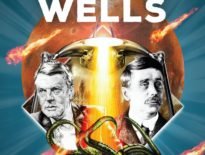 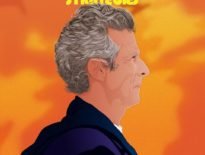