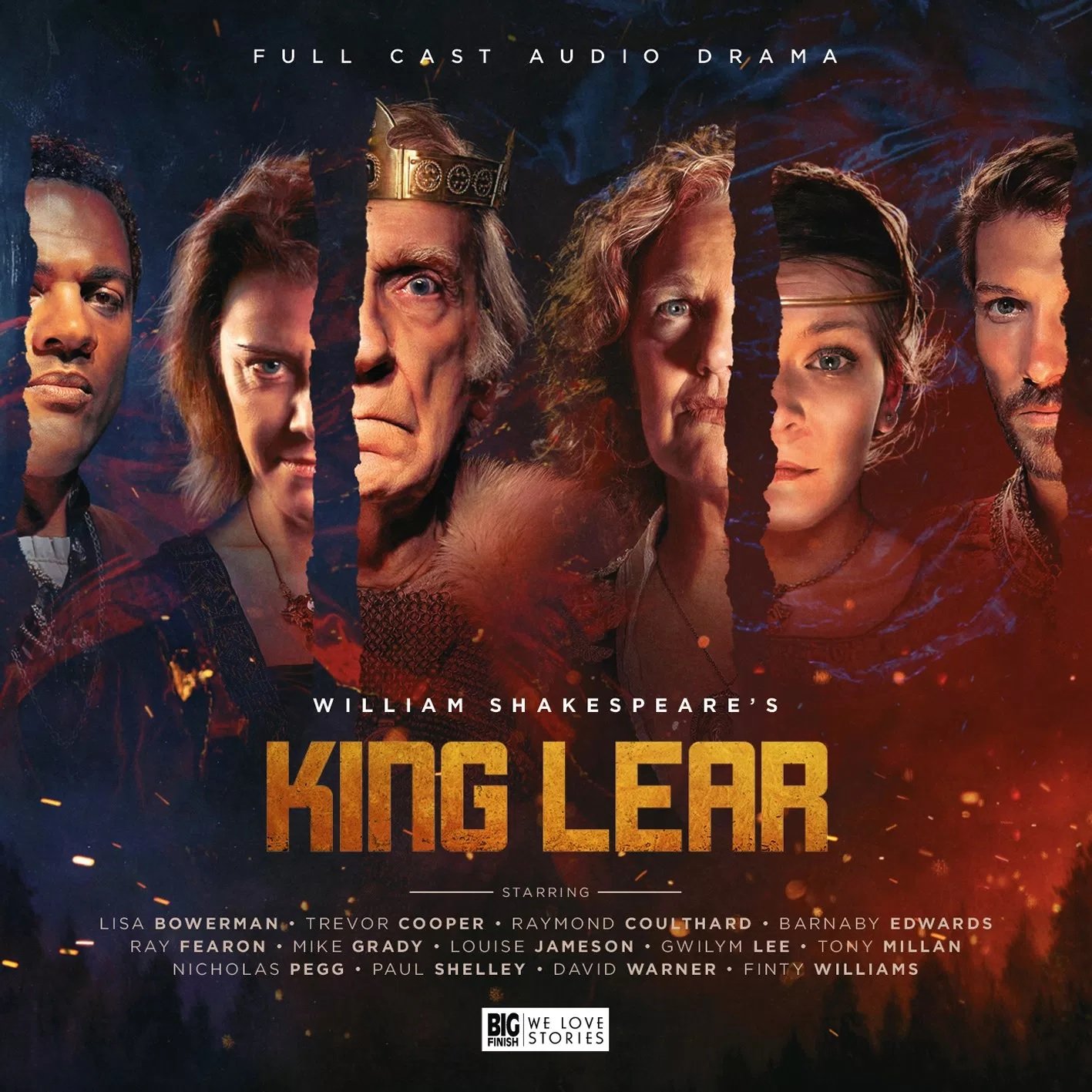 This is a terrible play.

Yes, OK. Start the review with the silly journalistic trick of using a word in its original sense rather than in the way it’s generally used. It’s supposed to pique the reader’s interest, you see. I don’t (hohoho, no!) mean it’s a rubbish play. It’s terrible, in the sense of horrifying.

A silly comparison follows. In a way, Lear is like The Godfather. There are few actual similarities (apart from an aging patriarch as the protagonist) and yet both deal with the nature of evil, both are masterpieces, both are absolutely brutal, and both are terrifying. You don’t watch The Godfather for a cosy, cheerful piece of escapism, and you don’t watch (or listen to) King Lear for that either. They’re designed to be upsetting. They force you to think and, dare I say it, they’re among the few works of art that actually change you.

Lear doesn’t preach. If there is a message, it’s secondary to the story (and a brilliant story it is, too). Drama that’s primarily designed to smash you over the head with a message – usually “accept my worldview or you must be some kind of degenerate” – generally fails as drama. It’s also patronising and irritating – and generally the message that the writer is trying to bash you with is fatuous and accepted by most of the audience anyway (some of nu-Who can be too message-heavy in this way). Even so, one of the reasons I like Lear is that it does look very profoundly at the nature of evil, and this appeals to my professional interest as Theologian for Hire.

Olivier was once asked what he thought the central character was like. His reply: ‘Lear? Pretty much like all the rest of us, really. A stupid old fart: completely selfish and utterly inconsiderate.’ A pretty good summary, really. If you start with someone like that as your protagonist, a good story is going to follow. Lear – brilliantly played by David Warner in Big Finish’s production – clearly once a great man, is now well past his sell-by date. He’s degenerated into a self-centred, pig-headed bully. He’s a pain in the backside and he conceives the crazy idea of dividing his kingdom, on his retirement, between his three daughters, providing they can pass a test. With Trumpian narcissism, he hits upon a splendid wheeze: they’ll get their share, as long as they can tell him why they love him most of all. Two of them play along; one won’t.

Needless to say, it’s the two who are willing to indulge the King’s ego who get the goodies. The third is left with nothing, is banished, disinherited, and debarred from ever seeing her father again. Her share goes to the other two. If Lear had any sense at all, he’d realise they shouldn’t be entrusted with running a whelk stall; they’re totally unsuitable for the scale of power they can now wield and they degenerate from being merely ‘not very nice people’ into barbarism. If you give egotists like them the scope to do what the hell they like, they will.

And they have to put up with monthly visits from their father. He’s not a good guest and he bullies them – until they stand up to him. He’s a nuisance. Old fools, as one of them says, are babes again. Old people are a pain; something that resonates particularly today, when so many of them languish in loneliness and poverty, and elderly people in hospitals are called ‘bed blockers’. If you dehumanise people, you can do what you like to them. The disabled are scroungers; the poor are lazy; the mentally ill are fit for work; the unemployed are skivers. And Lear’s daughters do indeed do exactly what they like. Cruelty runs through the play: from the infantile cruelty of bullying, neglecting other people’s needs, refusing to take them seriously, to the brutality of sadism, mutilation, and even worse.

Texts like Lear don’t have fixed interpretations and not everyone will find the same things in it as this reviewer. Even so, it seems to me that this is the most atheistic of Shakespeare’s plays. The gods are invoked, but they are useless. Evil (here, simply the freedom of weak people to do what they like) is left unchecked. The philosophical problem of evil – why an all powerful, all loving God would allow people to suffer so terribly – is one of the strongest arguments against his existence. Lear provides no answer. As with all the tragedies, order is eventually restored and the terror is defeated, but the triumph of goodness is distinctly muted. Lear ends with a howl of pain. Well. So much for my burblings. What’s this production like?

It’s the second of the Big Finish Classics. I thought their Hamlet was excellent (and it is); this is even better. A superb piece of work, brilliantly directed by Barnaby Edwards. As with Hamlet, they go for a straight interpretation of the play: just tell the story, and don’t try to be clever. David Warner is outstanding. And once more, there isn’t a weak link in the cast. The actors aren’t shoehorned in because they’ve done some Doctor Who; they’d be cast in those roles regardless. No-one gives a bad performance. One of the best comes from Tony Millan as Gloucester. And Louise Jameson, as Goneril, is superb. Not surprising, really; she’s done a massive amount of Shakespeare on stage and she’s brilliant here. (In fact, she’s played all three of the sisters in various productions.) Soon after she inherits her share of the kingdom, Louise’s Goneril deliberately chooses to abandon any vestigial decency she has, and to justify anything she wants – anything at all – as perfectly legitimate: ‘The laws are mine, not thine.’ We’ve all met people like that: the tyrant in the workplace, the bully in the family. The damage they can inflict on others is limited by their power; here, the power is limitless.

The music’s used judiciously, adding to the overall effect rather than detracting from it. The medium of audio allows the actors full range, from Lear’s bellowing with fury to his quiet, whispered despair – and whispering is not something you can do on stage, when you have to reach the back row. Recording the play in sound only is made a virtue rather than a handicap; as with all the best audio productions, the pictures are better.

King Lear from Big Finish is not fun. It is not easy listening; it is not something to put on when you want a pleasant evening’s entertainment. It is, however, beautifully done and you’ll find it an unforgettable experience.

Huge congratulations to Barnaby Edwards and his cast. The best drama I’ve heard on radio or audio all year. 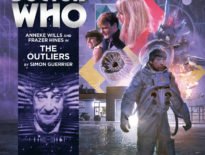 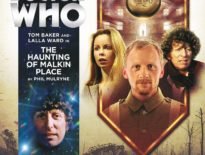