Gloriously fresh, marvellously entertaining and full to the brim with action packed sequences, the newest series of Torchwood is off to an amazing start with the first set of four adventures from series five: Aliens Among Us.

Now, you may be wondering if you’ve missed a page or two here but have no fear, he’s a quick recap. The last full series of Torchwood on the telly (series four, fact fans) was a great success. After that, it seemed to disappear. It’s never been quite clear why, there’s been many reasons. But now here we are, Torchwood is back for series 5, in audio format and it seems to have done the old beast the world of good.

Aliens Among Us is a fresh new take on Torchwood, a soft restart that doesn’t ignore the past, in fact it does all it can to maintain it, but Big Finish and it’s writing team understand that sometimes for a show to develop and evolve it needs to get rid of some of its baggage and start from a different perspective. It’s been done with Doctor Who at Big Finish, it’s been done by Doctor Who on television and now its been done with Torchwood as well. If you’re a fan of the first four series, there’s plenty here for you to love, if you’re brand new to Torchwood then you have here the perfect jumping on point to get involved – be warned though, this will get you hooked in ways you may not be prepared for.

In terms of plot Cardiff, home to the rift in space and time that the Doctor sometimes uses to recharge the TARDIS, has been insidiously overrun by aliens. They work from behind the scenes and this time Torchwood is too late to do anything about them-this time we’re looking at a long term peace broker that needs to take please. Needless to say that there’s plenty of Brexit parallels as well as allegories to immigration and line crossing between fear, xenophobia and straightforward racism. It’s particularly powerful when the subtext of alien deportation within Torchwood mirrors our world in an almost singular way.

The first four stories are all very different and equally as special. Changes everything reintroduces the concept of Torchwood from an outsiders perspective, in this case a disgraced journalist Tyler Steele. Far from being useless he’s a rather clever fella, something that becomes more prominent by episode four, but as Captain Jack gets to know him, he soon realizes that Steele is not quite Torchwood material and is better working for the team at arm’s length.

From there, we are taken on an episodic tour of Cardiff and it’s various players, from Torchwood to the vicious and scheming Ro-jedda, a new series ‘big bad’ who will surely cause more trouble for Jack and his team along the way. Whilst the character will surely have more to do in following box sets, it would have been interesting to have more of her from the outset. this isn’t a weekly series after all, so a bit more would have been desirable. One character that does get plenty of time to shine is the wonderful new addition to the Torchwood team in the form of government assigned Civil Servant Mr Colchester, who some may remember as Mark’s Father-in-Law from TV’s Peep Show. His mass cynicism of the whole Torchwood setup alongside his seeming devotion to the cause is so suited to this style of storytelling, he’s simply one of the best characters introduced into the Torchwood Universe. Unintentionally funny, sharp and cynical, experienced in the filed and able to remain cool under pressure, this is the Torchwood team member we’ve long been waiting for – bravo to the creative team for adding yet another excellent dimension to this new series.

Torchwood is back and better than ever with Aliens Among Us Part One, there’s everything you remember that makes the show what it is but it’s been polished and refined to be even better. There’s still scenes of a sexual nature, adult themes and a generous helping of curse words making this a box set not aimed at younger viewers (and probably never destined for an airing on Radio 4 in the afternoon) but it’s all done within a full context of character and situation rather than shoehorned in to prove it’s Doctor Who‘s spin off for an older audience (looking at you episodes one and two of Torchwood series one).

This audio box set is Torchwood, as it should be, with Jack and his team defending Cardiff and the Earth. If you don’t have a listen, you’re doing the team a disservice.

Torchwood – Aliens Among Us Part One is available to buy now from the Big Finish site on CD or Download for £35 and £30 respectively. 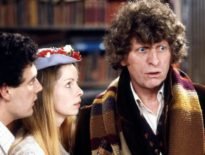 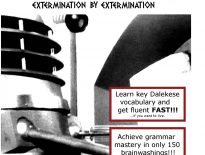