It looks as if two new directors have been employed to work on Doctor Who Series 11: Sallie Aprahamian and Mark Tonderai.

The pair haven’t been confirmed, but we don’t really expect them to be after showrunner, Chris Chibnall’s comment in Doctor Who Magazine about reducing the amount of details leaking before transmission; nonetheless, online CVs and social media interactions are solid indicators that they are indeed working on Doctor Who, and we expect a full list of contributors to come out closer to the season’s airdate.

Tonderai is apparently helming the current Block Two of Series 11, which consists of at least two episodes, and is being filmed in Cape Town, South Africa. The director uploaded two photos to Instagram confirming a desert shoot, but they’ve since been removed, presumably by request of the BBC production crew. Tonderai has, in fact, worked as a writer, producer, and actor, but as a director, his credits include the 2012 Jennifer Lawrence film, House at the End of the Street; 2008’s Hush (starring 42‘s William Ash); and comic book franchises, Gotham, Lucifer, and Black Lightning.

Meanwhile, Sallie Aprahamian’s directorial credits stretch back to the early 1990s, with episodes of Eldorado. This Life, and, as Script Editor, EastEnders. Much of her recent work has involved children’s television, including Wolfblood, The Worst Witch, and two Jacqueline Wilson properties, The Dumping Ground and Hetty Feather.

Aprahamian’s Doctor Who stories will form Block Three of Series 11, so will begin filming after Tonderai’s serials.

It appears that Chibnall is ushering in a batch of directors entirely new to the show: Jamie Childs, who only previously worked on Jodie Whittaker’s announcement as the Thirteenth Doctor, was announced as the first on Series 11, with Block One rumoured to consist of Episodes 1 and 7. This is also likely confirmation that the premiere will be a single episode, not a two-parter as with a few previous seasons – notably Series 6’s The Impossible Astronaut/ Day of the Moon and Series 9’s The Magician’s Apprentice/ The Witch’s Familiar.

Are you happy that the show is welcoming in new directors? Or would you prefer to hear some older names thrown into the mix? 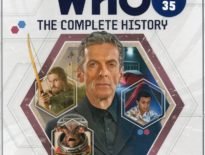 News Doctor Who: The Complete History To Be Extended To… 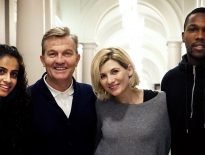