It’s long been rumoured that Jenna Coleman was originally set to depart Doctor Who after the 2014 Christmas Special, Last Christmas – only she changed her mind at the last minute to stay with Peter Capaldi’s Twelfth Doctor for another series.

So, what about the contingency plan and just how far down the road where the production team with her unused replacement? How much of the new companion did then showrunner Steven Moffat have planned out?

Speaking at the annual Radio Times Covers Party – where he collected framed covers from 2017 featuring Sherlock and Doctor Who – Moffat said that elements of this unused companion eventually went into the character of Bill, when Jenna Coleman eventually departed the show.

“I vaguely had a set of thoughts about what the new companion should be like. There would have been elements in common [with Bill] – but your mind moves on in the interim. So maybe some of where we ended up with Bill has obscured what I was thinking about for Clara’s replacement, or the original version of Clara’s replacement, so I couldn’t really say now.

“Bill ended up being very much her own thing, I think. And very much Pearl Mackie.”

While this isn’t the first time that a near-companion has been planned out before ultimately being replaced – Russell T. Davies planned a companion called Penny, who was a journalist and would join the Tenth Doctor for Series Four before Catherine Tate reprised her role as Donna Noble (elements a character called Penny, who was also a journalist, appeared in Partners in Crime) – this is the first time that plans were not set in stone – mostly because Moffat didn’t believe that Coleman genuinely wanted to leave.

Doctor Who returns this Autumn on BBC One. 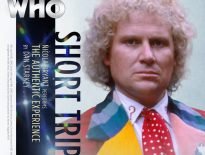 News Out Now: Doctor Who – Short Trips: The Authe… 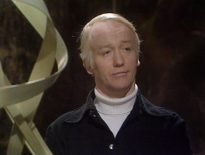