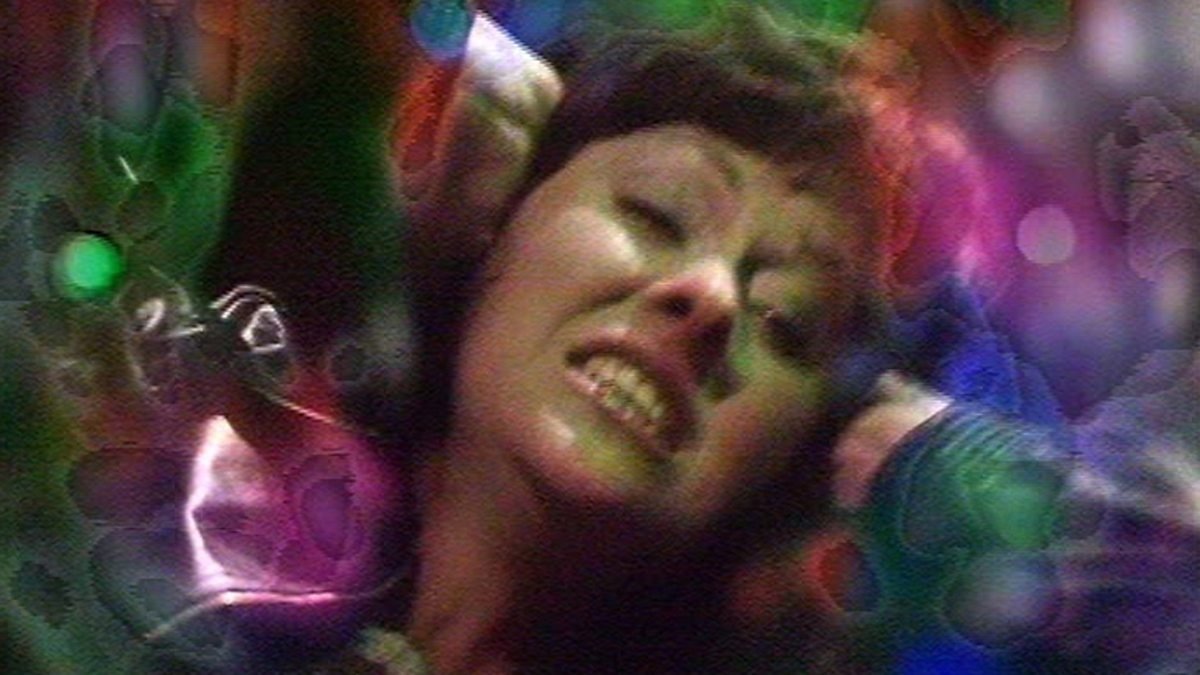 You all know the concept of Room 101, right? This is a place of torment, where we banish the things we wish never existed.

Well, this is the DWC’s very own version, where we’re arguing about bits of Doctor Who that deserve our derision!

In our very first edition, James Baldock, Peter Shaw, and I discuss Jon Pertwee’s final season as the Third Doctor. Then it’s over to you, to decide what goes into… The Death Zone!

James Baldock: The Monster of Peladon The most pointless Doctor Who story ever?

Six part Doctor Who stories are inevitably padded. A lot of it is building scenes to the cliffhanger, and then building away from it. Or you have a block to fill and there’s only so much story you can tell, in which case you take the pace down a notch and hope there’s enough footage of the Brigadier’s ar*e to keep the audience engaged. The Ambassadors of Death contains an opening episode that is almost as leisurely as a riverside stroll on a sunny afternoon in mid-August. But we don’t care, because it has Liz.

The Monster of Peladon is basically all filler. At least Invasion of Time gave us something a little different, even if the bowels of the TARDIS bore an uncanny resemblance to an abandoned hospital. Monster was broadcast two years after Curse of Peladon and revisits approximately the same locations in approximately the same story with largely the same characters. Oh, there’s political intrigue, subterfuge, and a legendary beast that stalks the mines. That wouldn’t be a problem, except we had it all in 1972, and it was fine the first time; why do we need a lengthy rehash of mineral wars that doesn’t even come close to achieving in a half-dozen episodes what Curse of Peladon managed to achieve in only four?

What’s irritating about Monster is just how much it borrows from its predecessor. Strike that – what’s really irritating is how much it borrows and then subverts it so that it lapses into cliché, the interesting nuances of the first Peladon story suddenly consigned to oblivion. Curse featured a weak king; Monster follows suit – only this time it’s a woman, who is on the verge of growing a spine when she’s snatched from the embryo and forced to play damsel in distress. Curse featured Ice Warriors who had been framed for murder; Monster restores them to a state of typical-but-tedious villainhood. Curse came dangerously close to actually writing out a companion in one of the most touching love stories Classic Who has to offer; Monster has Sarah Jane wax lyrical about women’s lib and prove that she was a far better match with Baker, however much fun Pertwee might have been in the hotel bar.

There’s nothing wrong with a bit of social commentary, of course, provided you include an exciting story, but Monster features an awful lot of back and forth and not a lot of in between. The only supporting character to pass for interesting is Eckersley, and that only happens once his cover is blown. Elsewhere, Alpha Centauri dithers and panics and the Doctor manages to soothe Aggedor into docile submission with exactly the same lullaby he used last time around; clearly the Venusians couldn’t see the point of writing a hundred songs when only one would do. Oh, and it might have been easier to sympathise with the miners’ plight were they not cosplaying as badgers; it’s like a Wind In The Willows convention in the seventh circle of hell.

I love a bit of Pertwee, honest I do, but this really is two and a half hours of my life I’m never getting back. Still, it’s better than Bride of Peladon…

Philip Bates: The reputation of Invasion of the Dinosaurs Yeah, you read that right – I like Invasion of the Dinosaurs. And you should too.

The reason it’s got a somewhat dodgy reputation is its dinosaurs, which is fine because you really wouldn’t expect to see dinosaurs at all in a serial about dinosaurs invading the earth again. Nope. The serial’s name wouldn’t bring back your recurring dream about being a Pteranodon and terrorising Tooting Bec.

Alright, so a contemporary audience watched this Season 11 serial thinking they’d see dinosaurs a-plenty, wreaking havoc on London. The very name gets your hopes up, then lets you down. This is why it was billed as Invasion, so the Jurassic menaces would prove a great surprise. Except the Radio Times ran a photo of a dinosaur for Episode One, making the subterfuge utterly pointless for anyone with 5p to spare.

Nowadays, we all know the dinos are a bit pants, and by “a bit”, I mean “staggeringly”. Not only are the models… squidgy, but the science is a bit staggeringly pants too. The production team would have you believe that the Tyrannosaurus-rex is a very slow species; frankly, I’m shocked there’s no scenes of a T. Rex playing basketball with arms like Michael Jordan. (Incidentally, I like to think that if we ever resolve the UNIT dating controversies, we can retcon this serial so Pertwee’s scenes in the tube station are accompanied by Dandy in the Underworld).

So let’s ignore the rubbishness and focus on the good! Because there’s a lot of it. In fact, everything’s good. The ideas! The general execution! The cast! The betrayal! Oh, Invasion of the Dinosaurs has a lot going for it – including one of the show’s best cliffhangers. Sarah wakes up… to find she’s on a spaceship that left Earth three months ago! Wow. Forget “here’s a Dalek; where’s my cheque?” – that’s how you do a cliffhanger.

And you know what? The dinosaurs are great too. That goes against much of what I’ve previously argued, but you can’t judge the past by our own standards. That way lies madness (and I wish more people would remember that). They didn’t go into this thinking, “let’s do this all wrong”; they went in with the best intentions, and that should be applauded.

Realistically, they knew they couldn’t pull off a Jurassic invasion of London, but that didn’t stop them. Isn’t that wonderful? Isn’t that Doctor Who in a nutshell?

The only thing stopping Invasion of the Dinosaurs from rising to a greater place in Who history… is its own reputation. ‘Hold, friar. What business have you here?’

Well, unconvincing yokel guard, a pressing business, it seems. You see, ever since I woke up early on a Saturday in May 1989 and watched the VHS with a cup of tea and some biscuits, I have adored The Time Warrior. And I say ‘adored’ in the fruity tone that Tom Baker employs when talking about the devotion he receives from Whoober fans. The same way he says ‘bosoms’, just much less terrifying.

Now I could have chosen any number of things from Pertwee’s last season to swill down The Collector’s commode: the cuddly foam-rubber T. Rex that looks like a half-finished project my six-year-old son might bring home from an after-school club; Death to the Daleks’ incidental music which sounds like it’s scored by the winner of a Blue Peter competition, played by a kazoo quartet and some semi-sentient shoeboxes; those alarming badger headdresses sported by the oppressed miners in Monster of Peladon, presumably glued to their scalps as punishment for revolting; then there’s the excruciating cor-blimey-gov policeman in Planet of the Spiders part two – a sequence you’d expect to find as a deleted scene on a Chuckle Brothers DVD with Barry and Paul lamenting on the commentary track, ‘We really didn’t think it met our high standards of visual comedy.’

For me, The Time Warrior is up there in my top ten classic Whos. Yes, it may not have the grit of Genesis of the Daleks, the wit of City of Death – but what it does have is the sh!t of Steve Brunswick’s performance as a sentry in episode three.

Now, The Time Warrior is not exactly chock full of BAFTA-worthy performances but the rest of the cast get the tone right: BBC Shakespeare meets Some Mothers Do ‘Av ‘Em. But Steve, Stevie, Steve-mate!

Where did they dig up this Brunswick? Is he recovering from a tongue operation and it’s the first time he’s attempted speech since they removed the splint? 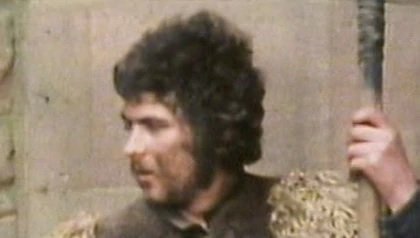 Is he Terry Walsh’s son-in-law who’s recently quit his job as Stanley Unwin’s incomprehensible warm-up act? ‘Bazza! Tezza! Trust me gents… Steve just needs a break. Then I’ll ‘appily keep wearin’ the Mrs Slocombe wig we nicked from the prop box when I’m doubling as Dame Pertwit… Save us a few squid. Deal?’

Fuzz-face Steve mangles his three lines like a prototype speech simulator which can’t correctly identify the speed, dialect, or language settings. And master Brunswick manages to swivel his head no less than seven times in 4.8 seconds to deliver the line, ‘It is to be hoped the two friars are fleet of foot, or the church will have two new martyrs ere long.’

The TARDIS Data Core website has this to say on the subject of Steve Brunswick: ‘This is his only known acting credit.’ As if they were expecting to uncover a wealth of leading roles for Sir Stephen Brunswick at the RSC, or an HBO Masterclass dedicated to his unrivalled stagecraft.

A German Doctor Who wiki entry (when Google translated to English), gives us a further insight into Steve’s character, here credited as a Torwächter (Gamekeeper). It states that said Gatekeeper allows the Third Doctor and Sarah Jane (disguised as monks) to ‘enter the castle unmolested’. All praise to Logar that he made that choice, as no one wants to read this sentence on the back of a DVD cover: ‘Contains scenes of an implausible medieval sentry sexually assaulting a 700-year-old time traveller and his young assistant.’ Ah, ha, ha, ha, ha, ha, ha, ha, ha, ha, ah, ha, ha, ha, ha, ha… ha… ha. Phew.

And now, it’s over to you, DWC readers!

Which of these three options should be banished forever? Who’s talking more cr@p than K’anpo? Who’s more on target than Hal the Archer? Which deserves the eternal punishment of the DWC’s own version of Room 101?

Vote in the poll below to have your say. The poll closes in a month’s time.

The Death Zone: Doctor Who Sea… 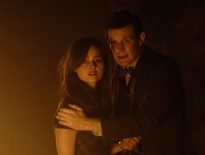