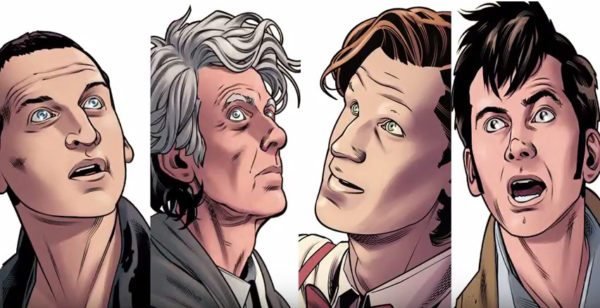 Titan Comics have released the Doctor’s most epic crossover event, Doctor Who: The Lost Dimension Book One! An all-new adventure – with all the Doctors! And to celebrate, there’s a brand-new trailer for this hotly anticipated graphic novel.

Doctor Who: The Lost Dimension sees every incarnation of the Doctor – and friends and enemies old and new – unite to push back the threat of the Void: the empty space between universes that has inexplicably become sentient… and hungry!

In this first of two volumes collecting 2017’s giant Doctor Who crossover event, witness the return of Jenny, the Doctor’s daughter, who has a terrifying message for the Twelfth Doctor, Bill, and Nardole: the Void is hungry, and it’s beginning to devour the universe we know and love!

From there, the threat of the Void spirals out to affect all of the Doctor’s incarnations – from the Ninth, who re-encounters Silurian detective Madame Vastra, to the Tenth, who battles cybernetic foes on a space station orbiting a white hole, to the Eleventh, who journeys beyond the universe and into an impossible era of his civilisation’s ancient past…

Doctor Who: The Lost Dimension Book One is available to buy now from Amazon for £8.69. 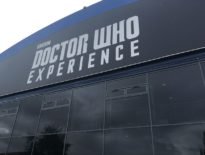 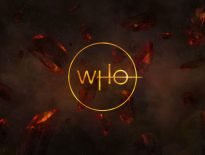