The original scripts for the Patrick Troughton serial, Fury from the Deep are going up for auction, originally from the collection of the late Victor Pemberton, who wrote the 1968 story.

This lot is a unique opportunity to own six scripts from the personal collection of their writer – with each also signed by Pemberton. Of course, Fury from the Deep is missing in its entirety, meaning this potential purchase feels even more special. However, if you do intend to spend out, you’ll need a healthy bank balance: the auctioneer’s estimate is £1,500-£2,500!

The story, starring Patrick Troughton’s Second Doctor and Frazer Hines as Jamie McCrimmon, is the last to feature Victoria Waterfield, as played by Deborah Watling. Pemberton, meanwhile, is one of the few people to have both written for and starred in Doctor Who, as he was also in The Moonbase. He’s the only person who has appeared in Doctor Who and acted as a script editor for the show. His Fury from the Deep is further notable for its introduction of the sonic screwdriver.

In our exclusive 2016 interview, he told the DWC:

“[The BBC] copyrighted it after two or three years. I still have my original contract with the BBC. There is absolutely no mention of merchandise. It was too early; the early days of television. There was no mention of it at all. So they cashed in and copyrighted it. I think it was an unoriginal move to keep the sonic… You see, recent years they’ve used it to solve problems — which is absurd. They use it like it’s a magic wand, a fairy’s wand or something, and that’s not what it is. That’s not at all what I had in mind. To provide a solution for a problem the Doctor is trying to solve is nonsense. They can have as many versions of it as they want, but the original concept was just a mere gag of sorts.”

The six scripts appear to be in surprisingly great condition, especially considering they’re 50 years old now. There is slight damage, of course, but it’s pretty minimal.

The auction takes place on 3rd May 2018, from 10am, at Astons Auctioneers and Valuers in Dudley. Learn over at The Salesroom.

Rare Signed Fury from the Deep… 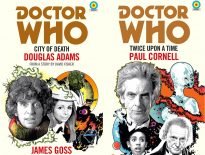 Merchandise Tidy Up Your New Target Novels With These Wonderfu… 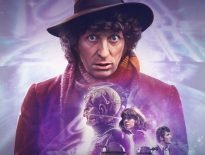 News Coming to a Cinema Near You: Genesis of the Daleks…
0