Members of the new Time Team in Doctor Who Magazine have recently delivered themselves of some rather startling opinions. The Deadly Assassin has been condemned as sexist. The Talons of Weng-Chiang is also suspect because it is racist.

Developing the ‘argument’, the condemnation of Weng-Chiang continues by saying that it is unacceptable that a Caucasian actor should play a Chinese character: this is, it is claimed, borderline racism, if not racism proper.

To be honest, I don’t think Doctor Who forums like the DWC are appropriate places to discuss ethics, politics, or religion as such and I wouldn’t normally bother. Even so, I do think that such strident opinions need to be challenged. We’re also entering a new era of Doctor Who, where the key-note of diversity is, we’re told, to be repeatedly sounded. So, putting aside the caveats, it might be worth reflecting on a few of the ideas raised by the Time Team. 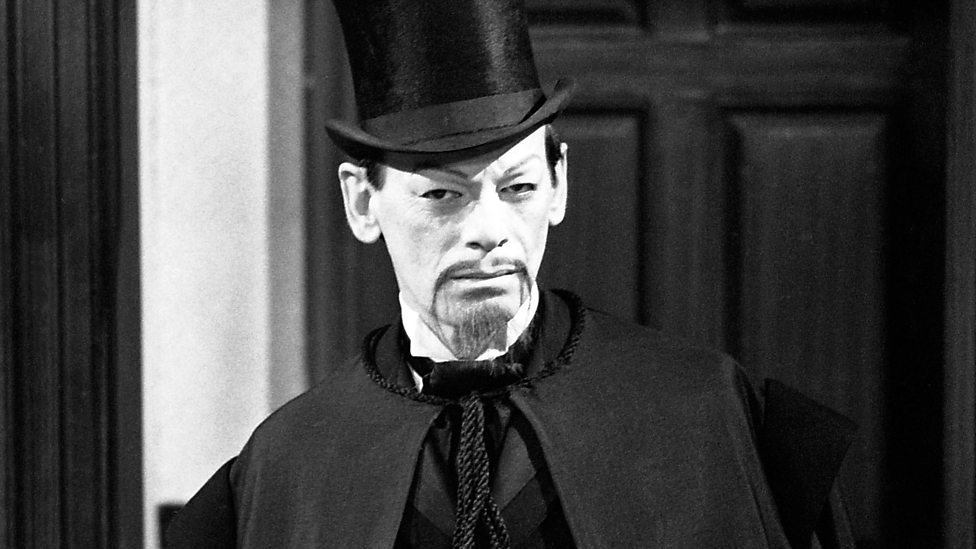 Racism is vile. I don’t think anyone except for idiots would disagree with that.

However, while we know that racism is vile, whether one particular thing is racist or not is actually a secondary question. So: segregating people according to their (perceived) race, as the South Africans used to do, is a clear example of naked racism. Refusing to serve someone in a pub because they’re black, as sometimes happened in the UK in the ’60s (and you’d go to prison for it now), is racist. Obviously. But having a white actor play a Chinese villain? Hardly as clear cut.

If you unpack the Time Team’s moral dictat, some interesting things emerge, which I’m not sure they’ve thought through. If casting the late John Bennett as Chang was racist, it follows logically that those involved are guilty of racism. So, John Bennett himself, David Maloney, Philip Hinchcliffe, Tom Baker, and all involved in making the story are guilty of racism. If it was something that was acceptable in the ’70s (and shouldn’t have been, and should have been challenged), then it follows that those of us who watched and enjoyed the story on its first broadcast are also guilty of, or at least to some extent complicit in, racism.

I don’t think the Time Team were trying to say this because I don’t think they’d thought through what they were actually saying. But when you unpack the idea, it’s actually something that, well – let’s be kind and say it would have been better left unsaid. To put it very gently, it was tactless.

As Marcus Hearn points out in his DWM editorial, it was common practice in the ’70s (and the ’80s) for white actors to play non-white characters. This was partly because there were fewer ethnic minority performers around. You couldn’t do it now, because our sensibilities have changed. Then, it was quite normal for a white actor to play Othello, under heavy make-up. As an A Level student studying Othello in the early 1980s, I can remember that there were lots of productions of the play, all with a white actor in the lead (including Paul Scofield and, extraordinarily, Donald Sinden). A subtext of the play is that racism, personified in Iago, the baddie, is both stupid and disgusting; the point was not diluted by the nationality of the actor playing the title part. We got the message. Chang says, with heavy irony, that he understands to Westerners that all Chinese look alike. Similarly, the irony is not diluted by the fact that Bennett is not Chinese. And it’s an enormous shame that nowhere does anyone in the Time Team comment that John Bennet’s performance is absolutely superb.

Times change. You can’t have a white actor playing a non-white character today; to do this would give offence. But it’s anachronistic to read back one view of what’s acceptable into another time, when there was a different interpretation of what was acceptable. Racism was as abominated in the ’70s as it is today. The core value remained the same; how this value manifested itself was different. (Something you also got in that era was denigrating racism through humour. Rigsby in Rising Damp was a full-blooded racist. He was also immensely stupid, and very funny. His racism was an aspect of his overall stupidity; racism was denigrated because it was the view of an idiot. The Major in Fawlty Towers was less of a racist than Rigsby, but again, he was a racist and he was an idiot. On a recent repeat, some of his lines were cut because they’d no longer be acceptable to much of the audience, who wouldn’t understand the point that writers John Cleese and Connie Booth were trying to make. You could not make Rising Damp now. Times change.) 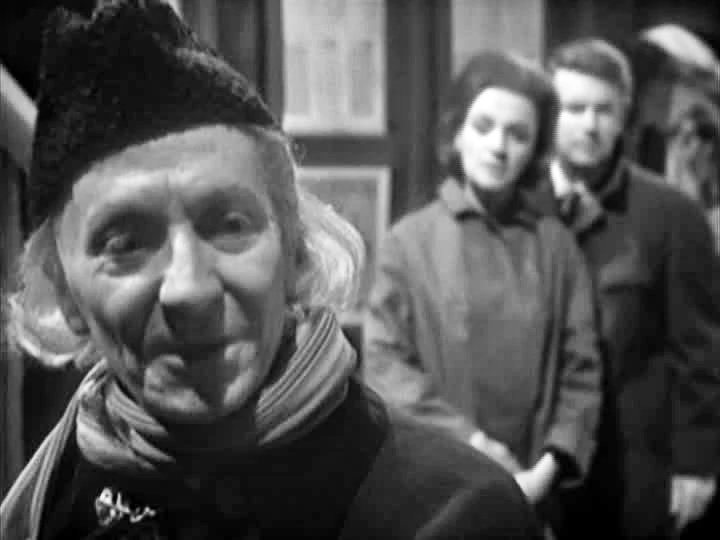 Incidentally again: you know who one of the most racist characters is in Doctor Who? It’s the Doctor himself. At least, it is in An Unearthly Child. The Doctor’s attitude to Ian and Barbara is one of amused contempt: humans are an inferior species, immensely dim and ripe for being patronised and ridiculed. He treats them in much the same way as, I imagine, the average Victorian Englishman would treat the locals in the Raj.

So, the Danes thesis: racism is bad. There are, however, different interpretations of when and how racism is manifested. There is not one legitimate interpretation; there are many, and a lot depends on historical context. Racism also, though not always, has something to do with intention. The people who made The Talons of Weng-Chiang did not intend to be racist and it is unfair to say that, regardless of their intention, they were still guilty of it.

Weng-Chiang and The Deadly Assassin were made by the dream team of Holmes, Hinchcliffe, and Maloney, with Tom Baker at the height of his powers. Them as likes Classic Who usually regard them as among the finest stories ever made in the past 55 years. It’s a bit of a jolt to have them written off.

More briefly, the objection of one of the Time Team to The Deadly Assassin is that it’s sexist, because the Time Lords are all men. This overlooks the fact that that’s the whole point. The Time Lords are an all male club in that story – and that’s a key reason why they’re corrupt. There are no women because the Time Lords like it that way. They’re stupid, insular, smug, and uninterested in anything outside their own world. Their all-male, elderly society is often seen as having echoes of the House of Lords or the Vatican, or at least as pointing out the dangers of that sort of club. Actually, Holmes is on record as saying he was thinking more in terms of an old fashioned Oxbridge college, full of dusty, dry academics obsessed with ritual and trivia and wilfully ignorant of anything outside their little world. 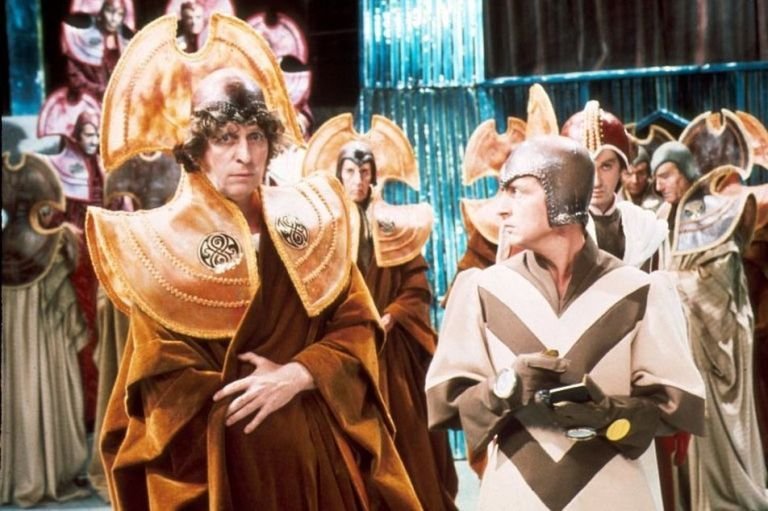 This is getting too long. (Who said yes it is?) Just a few thoughts on the forthcoming season.

The word ‘inclusive’ has been bandied about a lot. I don’t want to make judgements because I haven’t seen it yet, but I’d like to advance a few remarks.

Inclusivity is a good thing. No-one likes being excluded, after all. And yet, again, inclusivity is something that lends itself to different models.

The model of ‘inclusivity’ that the series seems to be going for is focused (and focused entirely?) on race, gender, and sexuality. That’s fine, so long as tokenism is avoided: people are individuals and should be treated as such, rather than as representatives of a particular type or genus. (And I’m sure the new series will avoid this problem.) But there are other models of inclusivity and these are overlooked.

So, off the top of my head: inclusivity could include class, religion, nationality, or age. Most of the Doctor’s companions have been middle class and none has been over 60, despite the huge increase in the number of older people in the UK’s population. (I’m excluding Evelyn at this point!) Most of the human companions have not just been British: they’ve actually been English. (We’ve yet to have a Welsh or Northern Irish one – quite a major omission, when you think about it.) The series has been entirely silent on whether or not individual companions are Christians, agnostics, atheists, or members of another religion. (A wise decision, too: lots of people have strong feelings about religion and you don’t want to alienate your audience, either in the UK or beyond it.) The question of the Doctor’s own faith or lack of it was avoided, at least in Classic Who, though he seemed at least to be sympathetic to religious perspectives on the few occasions he encountered them.

In Classic Who, the companions’ sexuality was generally left silent, or more probably not really considered. As lots of them didn’t leave to get married, the sexuality of people like Polly, Steven, Dodo, Zoe, Liz, Tegan, or Mel isn’t clear and doesn’t need to be either. Silence on such matters, as with the characters’ religion, can also be taken as inclusivity.

This is not a plea for religion, class, or age to be set centre-stage. I’m just cautiously advancing the view that there is more than one model of inclusivity, so the forthcoming series’ model is actually only one view of how inclusivity could look. It could have been interpreted differently: we could have, say, a 70-year-old Catholic monk from Belfast as one of the new companions. I don’t want one – and we won’t have one because the ‘inclusive’ model that’s being advocated is the mainstream contemporary model.  For that model, diversity = gender, race, and sexuality –even though this actually overlooks many other ‘categories’ of people. And people are best treated as people, not as examples of a genus. 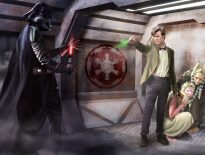 Features The Spaceman and King Arthur: Matt Smith and Star … 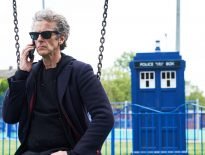 Features The Twelfth Doctor Gets a Phone Call (Or, How The …
0