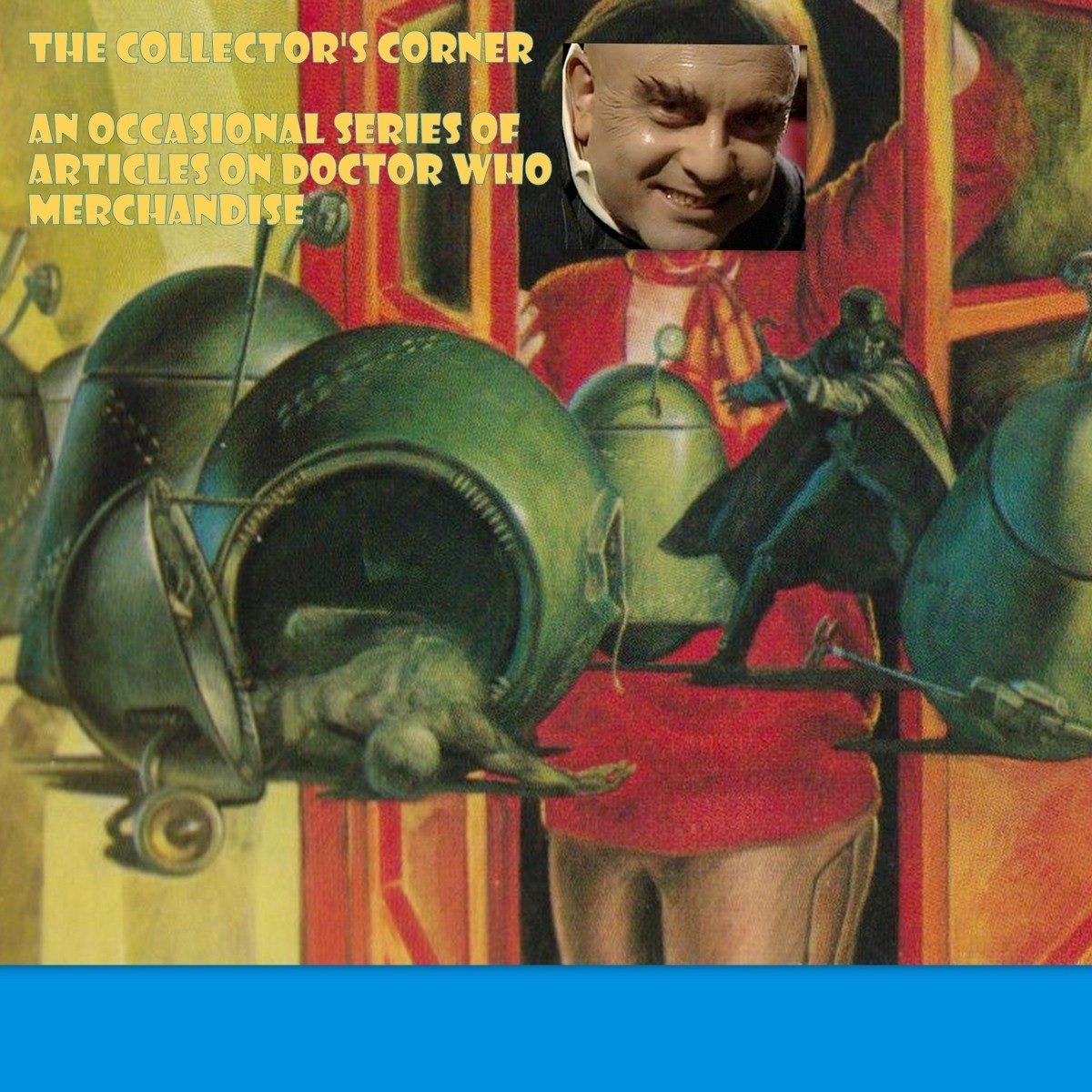 Today, our Targets (hoho!) for The Collector’s Corner are two of the Japanese translations of the Target novels. I bring forth for your consideration: (I lie awake at night thinking about these things.)

What I want to know is: who’s doing the shuddering, eh? Is it the reader? Why would a reader shudder? With fear? Or do the Silurians oscillate wildly? This might make picking things up difficult. Wouldn’t they spill their phials of ape-killing plague virus if they shuddered all the time? I think we should be told.

Something the discerning reader might notice, if you look very, very carefully at the pictures (I entreat you to do so!), is that THEY LOOK NOTHING LIKE THE TV VERSIONS. You may just have spotted this.

And that’s part of their charm. The cover for Space Time Big Bloody Battle! shows the artist’s impression of the TARDIS; that’s Susan emerging from it. Not sure why there’s a lightning bolt behind her. The bloke in black biffing things is the Doctor. Yes, it is. Really. Notice the petrified Skaro forest in the background. (Question: what was the petrified forest actually afraid of? Again, I think we should be told.)

The thing that gives the biggest shock, of course, is the design for the Daleks. Actually, I think they’re rather splendid. Not sure about the muscly blokes falling out of the dead ones, though. Here’s another picture of one. This is the bit when – well, you can work it out for yourselves. Well… it’s clear that the artist, Michiaki Sato, didn’t have access to any reference material from the TV series and his designs are radically different from Raymond Cusick’s ones… but they’ll still rather effective. (It’s sometimes said that Sato had no access to the BBC images for any of his illustrations for any of the books; I dispute this, as we shall see. Can you wait?!) Whitaker does describe the Daleks in the novel; if you read what he says, you can see that Sato has followed his description pretty carefully:

It was a round metal thing about three feet in height, like an upturned beaker with a domed top. It had dull metal flanges all round it and three different kinds of rods sticking out in front. It glided over the metal flooring and Susan retreated before it until she stood close to me… The three rods were entirely different. The first, and shortest, was attached to the top, the domed part, and seemed to be a sort of eye. I could see the iris contracting and expanding as it ranged over us. The other two were in the position of arms, being roughly in the centre of the ‘body’, at each side of it. The left hand one was a stubby barrel affair, little more than a stick with a hole running through it. The other, the longest of the three, was a black rod with a suction pad at the end of it.

Sato’s had some fun with the gun, which is much more wowza and blamma-blamma-pow-pow-you’re-dead than Whitaker’s description. As you can see, Sato’s Daleks move on a round ball in the base; the clamp / support you can see on the right is one of several which pop out when the Dalek is stationary (in the drawings of Daleks in motion, they’re absent). Note the expressions of grim resolution and bravery on the women’s faces; stylised expressions like this about in Sato’s artwork. And finally, this is the image from the end of the book, when Ian and Barbara decide to stay with the Doctor on his travels. Note they’re clasping hands; this novel (and it continues in Whitaker’s Doctor Who and the Crusaders) develops a love story between Ian and Barbara, and does it very well, too. If you look at the top left – this is the TARDIS interior we’re seeing – you can see the red phone books doors of the Ship, leading to the exterior: Hartnell never takes off his hat in the pictures. Not sure why. (The cold winds on the planet, dear boy! Most distressing! Dear, dear.)

And now: time for a little shuddering.

I’m not clear who the woman on the cover is supposed to be; it could be Liz but she’s shown with blonde hair in the other pictures. The cave painting behind her is of a Silurian, again radically redesigned by Sato. Here’s Morka (called ‘Young Silurian’ on the TV): Again, rather good, isn’t it? You have to forget the TV designs, of course, and get over your surprise. But they’re much better than the pictures of the Soup Dragon on the cover of the Finnish translation. Each of the Japanese novels has a colour double plate at the beginning; this is the one from Shuddering!, showing Morka menacing Liz in the barn: And finally, a double page pic of the Silurians taking over the research centre: In fact, it’s pretty clear that Sato has by now got hold of some photographs from the BBC production. He clearly prefers his own version of the Silurians, but the Brig (on the left) is recognisably based on Nick Courtney, and if you study the cut of the jacket (as I do constantly, because I am sad), it’s very close to the UNIT uniforms used only in Doctor Who Season 7. The Doctor is in the foreground. Not much like Pertwee but a close look at his clothes again suggests adaptation from a BBC image. (Maybe the expression, if not the hair, is more Pertweean.) If you look at the drawings in Beware the Ultimate Weapon!, the pictures of the Master are recognisably drawings of Delgado.

(By the time Sato did the drawings for Day of the Daleks, he had access to the BBC photos, then – but he retains his own Dalek design rather than using Cusick’s.)

So. Five Japanese Target novels were published Hayakawa in the early 1980s, translated by Yukio Sekiguchi. They’re about 2/3 of the size of the Target originals and have a colour dust jacket; the card paperback covers are plain. All are wonderfully illustrated by Michiaki Sato.

They are as rare as political incorrectness in 2018 Doctor Who and good condition copies generally will set you back between £50 and £75. Here’s the full list:

Coming soon: The Collector’s Corner #5: Draw and Paint the Film of Dr Who and the Daleks.

(Those are a lot of lovely pictures. Aren’t they, Suzie dear?) 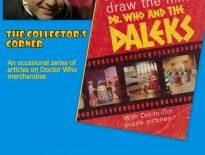 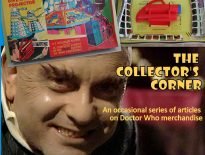